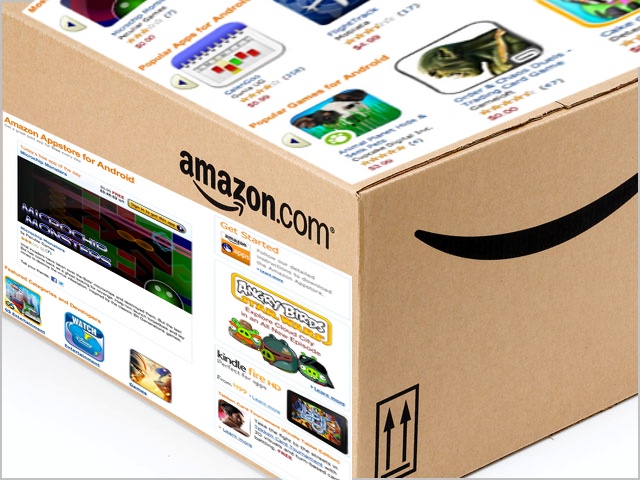 news Australian Android users will soon have an alternative source for sourcing paid and free mobile apps, but will they embrace it? Yes, if the first analysis of Amazon Appstore sales figures – which suggests the site is rapidly increasing its appeal to US consumers as a source of paid apps – is any indication.

Whereas Apple’s iOS devices can only download apps from Apple’s iTunes App Store, Android’s relatively open app distribution model has fostered competition between providers as a number of third-party app stores work to tap into their customer base and offer their own value propositions. For example, Amazon’s Appstore offers one paid application for free each day.

A new report (download it here, registration required) from mobile app-monitoring company Distimo has found that the Amazon Appstore, in particular, has already become a strong alternative distribution mechanism for Android apps – in particular, games – despite only recently announcing it would expand outside the US, where it launched exclusively in 2011 to the consternation of many eager Australian Android developers.

Last week, however, Amazon announced that developers can now submit their applications for distribution through Appstore in Australia and nearly 200 other countries including Brazil, Canada, Mexico, India, South Africa, Papua New Guinea and others.

In a move that no doubt leverages Amazon Web Services’ Australian data centre launch late in 2012, Australian consumers will be able to access the Amazon Appstore “in coming months” when Amazon officially launches the service here and elsewhere. But will they do so?

The answer may still be “it depends” – especially since, according to Android enthusiast site AusDroid (read story here), Google isn’t going to take Amazon’s incursion lying down; that company has apparently just started rolling out an Australian version of the updated version of its Play Store, which features Google’s new Cards user interface.

Google Play is still more than ten times as large as the Amazon Appstore, Distimo found in figures that were reflected by relative sales figures. Number nine-ranked Fruit Ninja Free, for example, had 2.3 million device installs in Google Play that month, and 250,000 downloads through the Amazon Appstore.

For some apps, however, Amazon Appstore has proved disproportionately successful.
Despite being a tenth of the overall size of Google Play, Amazon’s competitor has twice as many paid applications, many of which show relative strength in terms of download numbers. For example, Disney’s popular Temple Run: Oz, by contrast, was only 3.4 times as popular in Google Play than in Amazon Appstore – suggesting that Amazon-using Android users are more than happy to buy popular paid games through the site. Bloons TD 5 was only 2.6 times as popular for Google Play users.

Some games were doing even better on the Amazon Appstore, with Candy Rufus Games’ Survivalcraft earning $US48,418 during March on Google Play and $US130,879 from Amazon Appstore sales.

Juniper Research, which recently released figures suggesting app-based tablet and smartphone gaming would triple by 2017, believes these kinds of figures reflect a maturation of the game-delivery model: “The app store model has offset many of the problems which were prevalent with the traditional model,” the firm’s analyst wrote in a recent white paper, adding that customer support has become crucial for success in the mobile-gaming market because of the chance of problems from device incompatibilities, code problems, and so on.

“Where once decisions about content had rested with mobile operators, app stores….[have] had a profound impact on both mobile network operators and developers, who now follow markedly different business models to generate revenue when compared with the traditional mobile content value chain….which offers far greater access to the end user and is much more simplified.”

Juniper noted an expansion of new forms of revenue generation within games, ranging from subscription and ad-funded games to branded versions of popular apps – for example, Temple Run: Oz and Temple Run: Brave – to limited free games, and games featuring in-app purchases. The latter category is expected to reach $US3.03 billion in 2016, two-thirds of which will come from the Asian market.