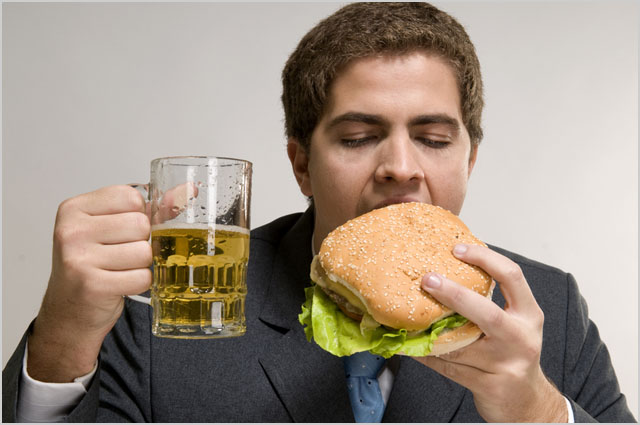 news National broadband provider Exetel has launched a dozen new pricing plans on the National Broadband Network’s infrastructure which feature unlimited off-peak downloads between 1AM and 9AM in the morning.

In a statement issued this afternoon, the company said that current NBN plans in the market had a “restrictive” download allowance which applied 24 hours a day and seven days a week, counted uploads (“robbing the customer of 20 to 30 percent of their download allowance”) and charged “very high priced for the privilege of connecting to the NBN”.

“Exetel’s new NBN plans launched on the 1st of March 2013 have none of these restrictions,” the company said. The new unmetered off-peak plans plans available on short 12 month contracts are provided with a free TP Link TL-WR740N Router (for March orders), half price set-up ($50) and great value plans starting at $49.50 per month”

“Exetel’s new NBN plans are the first to market to offer true unmetered off-peak downloading between 1am and 9am, perfect for scheduling those large Windows, iOS or Linux update downloads,” the company said.

“All plans include 1 static IP address (which other providers charge extra for), 30 email addresses for free, 200 Megabytes of personal web space for free and a ‘Rolls Royce’ User facility that allows full control of all aspects the customers services from Exetel.”

However, Exetel confirmed in its statement that the company’s new NBN plans were still subject to its “fair use policy” as the company’s existing unlimited ADSL plans have been. The company’s customer agreement states that it will regularly monitor average usage statistics, and reduce customers’ usage if they are deemed to be exceeding the average. Persistent (two or more) breaches of the company’s fair use policy may result in the company terminating customers’ services.

The company’s new plans include free uploads, no excess charges once customers have used their on-peak quota (with speeds shaped to a “generous” 1Mbps download and 384kbps upload speeds and a data pack bolt-on available at $1.50 per gigabyte). In addition, the plans come with a free TP-LINK branded modem (TL-WR740N model) if customers sign up before midnight on the 28th of March. An activation charge of $50 applies.

The news makes Exetel the first ISP to offer ‘unlimited’ download services over the NBN, although fellow ISP TPG revealed in September last year that it was planning to offer at least one plan on the National Broadband Network’s fibre infrastructure featuring the same unlimited downloads it offers on ADSL networks, with speeds of 12Mbps and a monthly charge of $69.99 including a home telephone line.

However, in its annual financial results presentation pack at the time, TPG included a slide that featured a 12 month NBN plan at the entry-level 12Mbps speed with “unlimited data usage” for $69.99 per month, plus unlimited local and “standard national calls” to landlines and unlimited international calls to a number of countries globally. The company did not reveal whether it was planning to offer unlimited quota on higher-speed plans — such as 25Mbps, 50Mbps or 100Mbps — which would allow customers to download much higher levels of quota per month.

Along with Dodo and Vodafone, TPG is one of the few major Australian broadband providers not to have released any pricing details yet for National Broadband Network plans.

At full speeds, a 100Mbps connection could theoretically download about 10 megabytes per second. This would mean about 600MB per minute, and about 36GB per hour. During Exetel’s eight hour off-peak period, this would appear to mean customers would be able to download a total of 288GB per night if their connections were working at full capacity. However, it is unlikely that such download limits would be usually reached as the ability to download such amounts of data would also be dependent on the capacity of the servers the data was being download from. 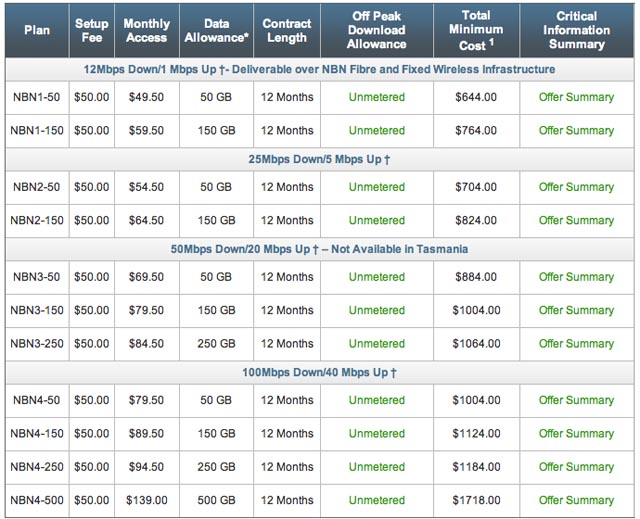 opinion/analysis
Aaaaand I can just see geeks right around Australia rubbing their hands together in joy right now. I think a lot of people have been waiting for unlimited NBN plans, and it looks like Exetel is planning to deliver. I hope to see some early adopters posting their experiences soon online regarding just how much data they’ve been able to download through Exetel’s ‘unmetered’ NBN service in real life.

From my perspective, what this appears to be on Exetel’s part is a huge bet. Clearly, it it is unsustainable for any ISP to be able to fund customers to download 288GB per night at even the company’s highest prices of $139 a month. I suspect that the company, as Exetel often does, is conducting an experiment here to see what real-world behaviour really is on the NBN. If all of its users start downloading terabytes of data each week, I strongly suspect that it will can this style of plans or, at minimum, start rigidly enforcing its acceptable use policy.

However, I suspect the opposite will happen. As with the current batch of ‘unlimited’ plans offered by ISPs such as TPG, I suspect what will happen in real life is that Exetel will find that many users will sign up to its plans for the attraction of being able to download as much as they want, but that very few users will download more than 500GB to a terabyte per month.

In general, I view it as hugely positive that Exetel has launched these plans — and not only because of the ‘unmetered’ aspect. I also note that the company is also offering users free services such as a static IP address, that other ISPs typically charge for or only include in business plans. This is precisely the kind of product and service innovation I have been hoping to see around NBN plans, and I’m not surprised that Exetel, one of Australia’s most innovative and iterative ISPs, is the first to implement this kind of product. Nice work, guys. Let’s open the floodgates.

And just a quiet message to NBN Co … when is my suburb going to get on the early stage rollout list before the election? Didn’t you see all the positive articles I wrote, fanning pro-NBN ‘zealotry’, in my quest for ‘the ultimate broadband’? Didn’t you get the memo? *Sigh*.