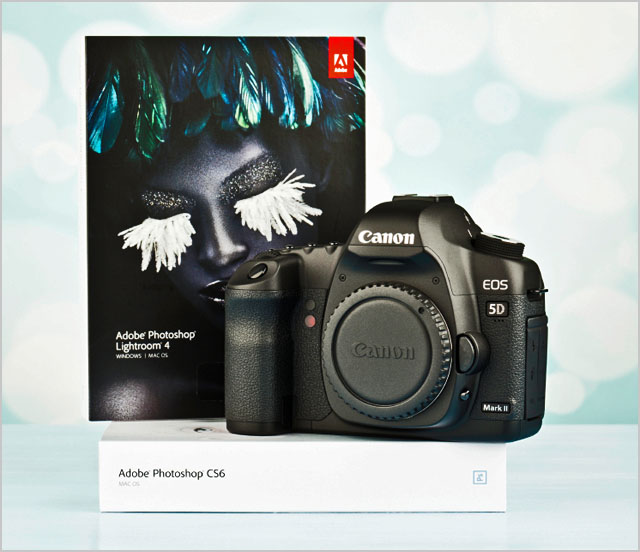 news Many Adobe customers have taken to the Internet to openly pledge to dump the software vendor’s products or pirate them illegally, with thousands more signalling their general displeasure with what many saw as the arrogant refusal of its chief executive Shantanu Narayenlast week to answer the question of how the company can justify charging Australians up to $1,400 more for its software than US residents.

In Australia last week to attend the official opening of Adobe’s new local offices in Sydney’s central business district, Narayen took questions from the media about his company’s local pricing strategy. Adobe has long marked up its products for the Australian market. For example, in April 2012, it revealed that locals would pay up to $1,400 more for the exact same software when they buy the new version 6 of its Creative Suite platform compared to residents of the United States, meaning some Australian residents can afford to fly to the US to buy a US version of the software and fly back, for the same price they would pay in Australia for the software.

However, Narayen flatly refused to answer direct questions on the issue, instead repeatedly emphasising that the company saw the future of its products as being its leased version of Creative Suite, termed Creative Cloud, rather than the traditional Creative Suite software which still makes up the vast majority of its revenues. A video of the executive dodging the pricing question has so far attracted some 243,000 views on YouTube.

Comments from Adobe customers and other IT professionals on Delimiter, as well as YouTube and global technology media outlets Engadget and The Verge, almost universally condemned Narayen’s stance.

“I’m done with Adobe,” wrote one commenter on Engadget. “As a professional photographer, I’ve found more than a few alternatives to using Photoshop that will do all and more without this nonsense (at a fraction of the prices Adobe thinks are reasonable). I’m not Australian, but this behavior leaves a really bad taste in my mouth and encourages me to move on.” Another added: “The Pirate Bay seems to be charging the same amount for the Adobe suite regardless of region, not sure why Adobe can’t do that.”

Many comments on The Verge reflected similar sentiments. “I always try to license my software. I didn’t as a kid, still learning things, but I did once I started doing business with it. I know all the hard work that goes into developing software,” wrote one commenter. “But I don’t with CS6. Why? I live outside the U.S. and I feel I’m being taken for a ride … I’m looking for alternatives all the time.”

Another commenter wrote: “We’ve been paying a lot more for most things for a long long time. I don’t actually know anyone who has bought the Creative Suite outright here in Australia. I use a student edition … most people just pirate it here though. Actually let me re-phrase that – “every one pirates it here.”” And another commenter added: “There is a simple solution to the pricing: The Pirate Bay.”

The YouTube video received a large amount of comments in response to Narayen’s refusal to directly address the question of Australian pricing. 937 people commented directly on the video, and 1,568 viewers ‘liked’ the video, with only 106 viewers disliking it (Note: Delimiter has disabled comments on the YouTube video as a number of offensive comments were posted that were unable to be moderated due to bugs in YouTube’s moderation system. However, the comments are still accessible via Delimiter’s admin console). In general, the YouTube comments were a little less polite towards Adobe than the comments on the technology media outlets.

“I hate piracy and I have a legitimate copy of [Creative Suite 5.5], wrote one respondent, “but even I think its OK for people to pirate Adobe software because they have a monopoly and they are taking the utter piss! Piracy is theft but what Adobe is doing is extortion and morally just as bad, if not worse. Maybe you should think about dropping your prices (by a lot) Adobe because you are clearly losing﻿ respect and eventually everyone will pirate your software because they cant justify your thieving prices!”

Another added: “As an American I would like to say this is bullshit﻿ and I can only imagine if it were the other way around. I would suggest you pirate the entire Adobe family of software and then send them a beautiful Photoshopped middle finger.”

The news comes as the Federal Parliamentary committee examining price hiking behaviour from IT vendors in Australia last week revealed it would compulsorily summon Adobe, as well as fellow vendors Apple and Microsoft, to give testimony regarding their Australian pricing schemes. The trio have in the past refused to take questions from the committee in public hearings, although Apple had consented to take questions from the committee in private.

Adobe last week harmonised some of its local pricing on its Creative Cloud monthly subscription product. However, the company still maintains its substantial markups on its traditional lines of software — Photoshop, Illustrator and so on — that are contained in its Creative Suite bundle.

Speaking to ZDNet in a video interview this week, Labor MP Ed Husic — the driving force behind the parliamentary committee looking into the price hikes — welcomed the drop, but added it wasn’t enough. “Full marks to them, but this is only the initial step. As consumers are rightly pointing out, [the price drop] is not for the stand-alone products; this is restricted to the cloud at the moment,” Husic said.

opinion/analysis
Wow … that video of Adobe certainly created a sizable impact on the Adobe universe. The company’s chief executive Shantanu Narayen might not have anticipated that his refusal to answer questions on Adobe’s Australian pricing would be watched by (at last count) some 243,000 technology enthusiasts and IT professionals worldwide. Additionally, it looks as though this isn’t just an issue which affects Australia — with residents from quite a lot of countries outside the US echoing Australian complaints about Narayen’s response to the issue.

Personally, I just want to say that I don’t approve of pirating software. Software, after all, is just intellectual property, and I personally am a writer who makes his living by creating my own intellectual property — articles on Delimiter — and selling advertising around that IP. If everyone started pirating Delimiter articles, our audience would be diminished and I might find it hard to make a living. Copyright laws do continue to make a certain amount of sense in our modern age (although they do need an overhaul in many countries), and I wouldn’t encourage anyone to break the law to protest Adobe’s pricing.

However, there’s nothing illegitimate about seeking alternative options. That’s just competition in a capitalist market. While it’s not possible for everyone to replace their copy of Photoshop with something else, for many people it is quite possible, and cheaper alternatives such as Pixelmator (normally $59.99) and GIMP (open source and free) are out there and being widely used.

What surprised me in general about the thousands of comments posted in response to this video was the sheer animosity which many people displayed towards Adobe. It felt to me as though it wasn’t just the Australian pricing issue which people are frustrated with the company about; there’s a whole range of issues, from the technical faults of Adobe Flash to the way that Adobe deals with customers, that people were raising.

If I were Narayen right now, I’d be listening clearly to those voices. It’s common for companies like Adobe to monitor social media to get insights into their customer base and try and address their needs. Well, based on events over the past few days, there’s a lot of insights out there for Adobe to pay attention to. In the hands of a responsive company, these insights can help transform its operations along more positive lines. It’s common for executives these days to talk about how they want to “delight” their customers with their products and services. I know that Adobe has been able to do this in the past, and given the quality of its products and the deep history it has in the technology industry, I’m confident the company could eventually turn that negative sentiment around if it wanted to. Hopefully the feedback being sent Adobe’s way right now will help the company see opportunities to take that approach again in the future.