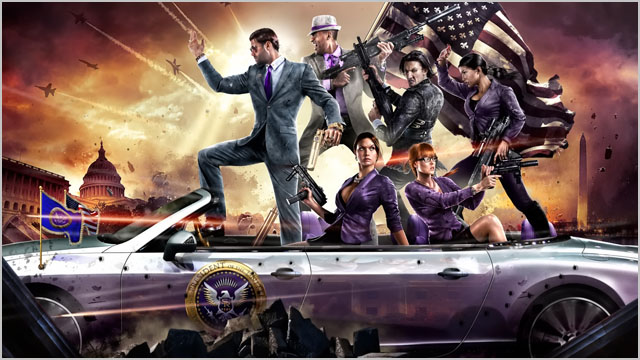 news In a move which will be seen as a challenge to the efficacy of Australia’s new R18+ video game classification category, the Classification Board yesterday revealed that it had refused to classify the upcoming title Saints Row IV, due to what the board said was implied sexual violenace and illicit drug use.

The lack of an R18+ classification has previously resulted in various popular video games such as Mortal Kombat and Left 4 Dead 2 being censored for the Australia market or refused classification so that they are unable to be sold locally. In the past, the highest legally available classification category for computer games has been MA15+.

However, the new legislation introduced in June 2012 amended the Classification (Publications, Films and Computer Games) Act 1995 and made a consequential amendment to Schedule 7 of the Broadcasting Services Act 1992, to introduce an R18+ classification for video games, as there is in other media such as film and TV. The R18+ category would inform consumers, retailers and parents about games that are unsuitable for minors to play, and also act to prevent minors from buying unsuitable material.

Strong support for this legislation has been evident during wide-ranging public consultation conducted over the past two years. The Attorney-General’s Department received 58,437 submissions in response to its recent discussion paper on the establishment of an R18+ classification category for computer games. Of these responses, 98 per cent were in favour of the introduction of such a category. The Federal Government has collaborated with State and Territory Governments on this issue, which will introduce complementary legislation. The Federal Government’s legislation took effect on January 1, 2013.

However, in a statement released yesterday, the Classification Board revealed that it was still seeing issues with some major titles released in Australia, noting that Saints Row IV would be the first game to be refused classification under the new guidelines, failing to make the grade even for the new R18+ rating.

“In the Board’s opinion, Saints Row IV, includes interactive, visual depictions of implied sexual violence which are not justified by context,” the statement read. “In addition, the game includes elements of illicit or proscribed drug use related to incentives or rewards. Such depictions are prohibited by the computer games guidelines.”

Acting classification board director Donald McDonald said said the Classification Board had now been applying the new computer games guidelines for almost six months and this was the first game to be refused classification. “Apart from today’s decision, since the beginning of the year, the Board has classified 17 games R 18+ under the new guidelines,” McDonald said.

It was also reported that the Classification Board objected to Saint Row IV’s depiction of “alien narcotics” as a performance booster in the game. Kotaku has since reported that the developer of Saints Row IV has confirmed it is working on a revised version of the game for Australia.

Industry lobby group the Interactive Games & Entertainment Association, which was one of the key driving forces behind the adoption of the R18+ classification, has issued the following statement in response to the ban:

“We can’t specifically comment on the Classification Board’s decision to issue Saint Row IV with a Refused Classification as we aren’t privy to the specific content of the game. Broadly speaking though, one of the key reasons an R18+ was introduced was to ensure that we strike a balance between giving adult Australians access to adult games while protecting children from inappropriate content.”

“Under the new guidelines, we celebrate the fact that adults can now access age-appropriate games which may have otherwise been refused classification, but as we have argued, we also must accept that there will be some video games which will fall outside the scope of the R18+ guidelines. Whether we agree or not with this specific classification, it highlights that the classification system is functioning as it should and that R18+ was never meant to open the ‘floodgates’ for all types of content.”

“Overall, we remain confident that the Classification Board is applying the new guidelines as they see appropriate, but we also recognise that with any change to a system as subjective and complex as applying classification guidelines, there will always be a ‘settling in‘ period where all stakeholders strive to find an appropriate middle ground.  Currently, we’re at the ‘high water’ mark where there’s a natural inclination to err on the side of caution.”

Of course, ultimately you have to suspect that the developers of Saints Row, Volition, will actually be pretty pleased by this kind of ban. It generates great publicity for the game, and no doubt Saints Row IV will prove all the more popular when it actually launches in Australia in a slightly revised form. It’s always been my impression that one of the main aims of the Saints Row games, as with the Grand Theft Auto games and even the Duke Nuken series in the previous decade, has been to push the boundaries about what’s acceptable in video games, and expose the overly conservative nature of existing classification categories.