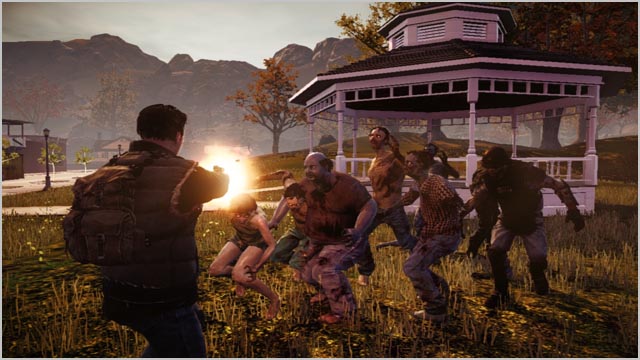 blog It’s times like these that we have to wonder what the point of Australia enacting an R18+ rating for video games is, when the Classification Board seems intent on banning popular games regardless. From the forums of State of Decay, an upcoming open world zombie survival game, comes the news that the game has received the big Classification Board seal of disapproval. State of Decay executive producer Jeff Strain tells us:

“I have bad news to share: State of Decay has been refused classification by the Australian Classification Board (ACB). We’ve run afoul of certain prohibitions regarding the depiction of drug use. We’re working with Microsoft to come up with options, including changing names of certain medications in the game to comply with ratings requirements. Whatever our path forward, it’s going to take a bit.

I know this is frustrating — believe me, we’re frustrated too — but each country has the right to set its own rules about content, and it’s our responsibility to comply with them. Rest assured we’ll do everything we can to find a way to get the game into your hands. Stay tuned.”

IGN has sourced a report from the Classification Board providing details on why the game has been refused classification in Australia, and as with several previous games banned locally, it has to do with drug use as an in-game reward element. The site quotes the report (we recommend you click here for the full article):

“The game contains the option of self-administering a variety of “medications” throughout gameplay which act to restore a player’s health or boost their stamina. These “medications” include both legal and illicit substances such as methadone, morphine, amphetamines, stimulants, acetaminophen, ibuprofen, codeine, aspirin, “trucker pills”, painkillers and tussin. Of these, methadone, morphine, and amphetamines are proscribed drugs and the term “stimulant” is commonly used to refer to a class of drugs of which several are proscribed.”

Quite frankly, we’re bemused as why Australia’s classification guidelines would object to this kind of thing. There are countless films, TV shows and books out there which include drug use in far more disturbing contexts. Your writer recalls watching classic heroin film Trainspotting when he was a teenager, for example. The drugs mentioned by the Classification Board are generally real drugs which do indeed generate an effect — stimulant or pain relief — in real life as they do in State of Decay. How can representing reality in a video game — the same reality that is often represented in films, TV shows or books — be objectionable content? I just don’t get it.

“For the love of all that is holy, Australian Classification Board, this is an R18+ rating you have at your disposal here. You are not the Censorship Board for a nanny state carefully screening material to control the population. So stop acting like one.”