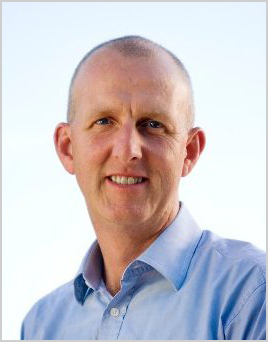 blog It’s been a couple of months since the new Department of Defence chief information officer, Peter Lawrence, stepped on board to replace the now legendary Greg Farr, and the first interviews have started to surface with Lawrence. I’m not going to pretend like there’s any huge news here, because there isn’t, but given that today seems like the slowest tech news day from hell (perhaps partially because of the Superbowl), I though I’d throw these links your way and let you fend for yourself, jungle-style. iTNews reports (we recommend you click here for the full interview):

“Organisational complexity attracted Peter Lawrence to Defence’s chief information office late last year – and with two months under his belt, the role has not disappointed.”

And ZDNet adds (again, click here for the full interview):

“New Australian Department of Defence CIO Dr Peter Lawrence has big shoes to fill in taking over the role from Greg Farr after five years, but he told ZDNet that although it is his first public sector role, he sees it as having a lot of similarities to his corporate sector background.”

We’re planning to wait about 4-5 months before seeking an interview with Lawrence; in our opinion, he hasn’t really had enough time with his feet under the desk to understand the organisational and systems complexity of Defence, and there are quite a few long-running initiatives under way, so we doubt the CIO will have had time to really kickstart any of his own plans until then. That’s just how Defence works; it was pretty much the same with Farr, half a decade ago. However, these interviews do give a good introductory picture of the man who is now in charge one of Australia’s largest IT budgets.