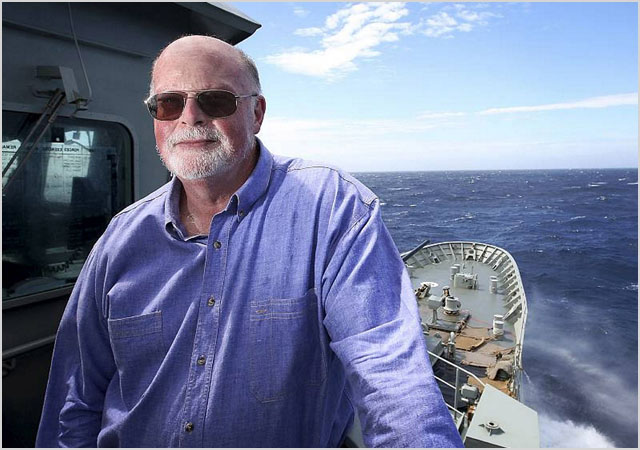 news The Department of Defence said last week that it expects to receive Government approval to go ahead with a number of major ICT projects in the next year, ranging from telecommunications to datacentre reform and its long-anticipated overhaul of its PMKeyS human resources platform.

Defence chief information officer Greg Farr (pictured, above) was one of a number of Defence officials who answered questions before a Senate Estimates committee in Canberra last week. The particular focus of the questions to Farr was the $550 million which the Government allocated to Defence as part of the recent Federal Budget, labelled at the time as being for “information technology remediation activities across Defence”.

In his answers to the committee (first reported by ZDNet.com.au), Farr highlighted the fact that Defence currently had a large number of ICT projects under way, with several big ticket items “coming to fruition” in the next year. “We would expect government approvals in the next 12 months on our terrestrial communications bundle, which consolidates our networks; I would expect approvals on our datacentre consolidation. I would expect approvals on the replacement of our personnel system — the PMKeyS replacement,” the Defence CIO said. “A number of those big ticket items will hopefully get government approvals this year”.

Farr said that the $550 million was in the budget as a result of funding allocated to remediate Defence’s ICT environment as part of the department’s Strategic Reform Program (PDF) approved several years ago. Under the SRP, Defence was allocated a total of about $700 million to remediate its IT environment, with improved systems to deliver savings of about $1.9 billion in total over the succeeding several decades to 2030.

The Defence CIO said the $550 million was not an increasing budget for Defence’s ICT remediation in this sense, it was a “slowdown in the rate of decrease”, with Defence’s investments in the continuing to decrease as the department made increasing savings from its technology remediation.

This level of funding had been caused by a number of factor, Farr aid. “One is that when we first started on the reform journey back in 2009-10 we had an imperfect view of the Defence ICT environment,” the CIO told the Estimates committee. “It is a very organically grown environment, so it was very difficult to get a centralised view of the reform and what was required to do the reform of the program.”

“We now have a much better understanding of that. We have a much better understanding of the size of the Defence information environment, the amount of equipment we have in it, the age of that equipment and what needs to be remediated. That is probably the largest bit of the additional funding. It is a significantly larger task to do the remediation than we initially thought. We also have a number of programs that require investment that have come up in that period of time that we need to put more money into. There is also some swapping of years, if you like, between one year and another, as some of the programs have moved due to a combination of understanding the complexity and the approvals process.”

Having said that, Farr added, he still believed Defence would make about $1.948 billion of savings under the IT environment remediation, as planned. “We have been tracking those for the last few years,” he said. “We believe that at the end of this we will be ahead of the savings curve.”

The ICT projects mentioned by Farr are some of the largest and most complex ICT projects currently under way in Australia.

Defence currently operates several major payroll systems – the high-profile PMKeyS, which broadly supports the force’s civilian remuneration (although it also supports the armed forces somewhat), and the Central Reserve Pay System (CENRESPAYII). CENRESPAYII is the system at the centre of Defence’s remuneration debacle in 2008 which saw some officers receive incorrect payments. A separate system, ADFPay, generates what Defence describes as the “allowance” component of the armed forces remuneration.

The upgrade of Defence’s Terrestrial Communications Network is likewise a major ICT overhaul project for Defence. The department is believed to be in current negotiations with Telstra and Optus over a sizable contract for the project. “An announcement of the preferred provider is expected by mid 2012 with Government Second Pass approval anticipated for the third quarter of 2012,” a website for Farr’s CIO Group currently states. “Contract signing is expected shortly thereafter.”

The project will see Defence deliver one consolidated network infrastructure that will be substantially upgraded compared to its current infrastructure, improving efficiency and performance and allowing a range of new features, such as desktop to desktop videoconferencing and so on.

And Defence’s datacentre consolidation effort is also a substantial one for the department. The project will reportedly aim to reduce Defence’s more than 200 datacentres to less than ten.

Farr was appointed CIO of Defence in November 2007, moving across at that time from a similar IT leadership position at the Australian Taxation Office. In last week’s Estimates committee hearing, he noted that Defence had gained significant governance capability over ICT since that time, as well as visibility over the totality of Defence’s ICT spend.

“The other thing we have done since that period of time to bring together the ICT is a number of our big reform projects, such as centralised processing,” he said. “We are bringing together our major computing datacentres so that we get better asset utilisation and better governance over them. Our terrestrial communications have been brought together into a single contract. Once again we will have full visibility and control over them. Then we will move on to some of the others around our distributed computing.

“The big-ticket items that will bring the simplification, consolidation and standardisation of the Defence environment are in place, and they are looking at being implemented in the next couple of years. But I think there is a consistency between them. There was a lack of understanding, a lack of visibility and a lack of total governance, and we have attempted to address that.”

He concluded: “There is no organisation that I am aware of—and I will talk from an ICT perspective—that has such a large, complex and dispersed ICT environment within Australia and that actually has to provide ICT support to deployed forces, to ships and to aircraft. It runs and participates in eight satellite constellations. When you take all those things together it is just a very big, complex organisation.”

Farr and his team also face substantial risks in their attempt to modernise Defence’s ICT environment. In December last year, the Federal Government’s chief auditor warned that the Department of Defence’s ICT operation was teetering on the brink of a dangerous precipice, in a landmark report published into its current ICT governance structures and projects.

The reported stated: “At the time of its March 2010 progress report to the Government, Defence considered the Strategic Reform Program to be as complex an organisational reform agenda as had ever been undertaken in either the private or public sectors in Australia,” the report states. “Delivering ICT reform in Defence is a challenge of a very high order, entailing the simultaneous remediation of existing systems, the development of ICT systems critical to the SRP reform streams, and the achievement of savings at the upper bounds of feasibility.”

opinion/analysis
Farr’s right; Defence has what is likely the most complex ICT environment in Australia, and I do not envy the chief information officer the task of reforming it. The department has a veritable spaghetti network of ICT systems entangled together, and many of them have been left in place for far too many years, gathering dust and becoming hard to support, but still critical to Defence’s operational initiatives.

However, I think it’s important to acknowledge also that change is indeed taking place within Defence’s ICT environment. Since Farr’s appointment in 2007, the CIO has bent his iron will and gentle manner to a gradual but inexorable process of change within Defence’s Information Environment, and it has been awesome to watch.

I cannot underestimate the magnitude and complexity of the task which Farr and his team within Defence’s CIO Group have been facing for some years now. And yet change is definitely occurring within the department; major ICT projects are slowly creaking into gear, and I expect that within five years or so we’ll be seeing a radically difference Defence ICT operation; it won’t be as agile as a fast-moving and flexible IT shop such as Suncorp boasts, but it will be significantly modernised, and heading in the right overall direction, with a great deal of momentum. It’s been fascinating to see that change slowly come to Defence over the past five years, and it will be fascinating to see it continue to accelerate over the next five.