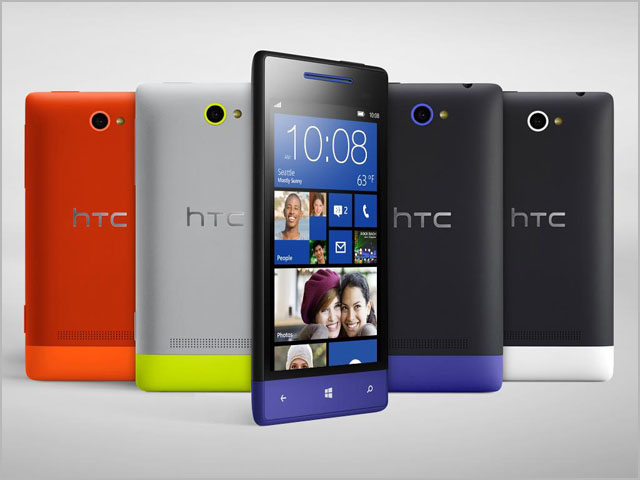 review The Windows Phone 8S is HTC’s second major handset to be released in late 2012 using the new version 8 of Microsoft’s Windows Phone 8 platform. It’s a little smaller and lighter than its big brother, the 8X, and it doesn’t have some of the same high-level features. Is it still a winner? Read on to find out.

Design
The first thing you’ll notice about the Windows Phone 8S when you pick it up is how nicely sized it is and how comfortably it fits in the hand.

In an age of 4.7” displays (and pushing up to the 5” size in 2013 to provide 1080p displays), there’s something refreshing about the fact that the Windows Phone 8S has a smaller 4” display. Coupled with its curved back composed from the same polycarbonate casing HTC uses in the more higher-end 8X and the 8S’s slim footprint (it’s 10.28mm thick, but it feels thinner due to its sloping edges), the 8S just feels lovely in the hand.

This is a phone which feels like it’s a phone; not a phablet. It won’t look weird when you hold it up to your ear and it doesn’t feel oversized. What it feels like is about five years of design experience and learning about how smartphones are best built for hands, coalesced into one model is just lovely to fondle.

Apart from this over-riding sensation, there isn’t a whole heap else you need to know about the 8S’s design. The handset has all of the normal inputs and outputs in all the normal places for an Android or Windows Phone handset. There’s a microUSB port on the bottom for charging and synching the unit with your computer; a volume rocker on the top of the right-hand side, 3.5mm headphone jack and on/off button on the top, and as this is a Windows Phone device, you also get a dedicated camera button on the bottom of the right-hand side.

The camera is in the normal place on the unit’s rear cover, and there’s an unobtrusive speaker grille at the bottom of the back cover. The normal Windows back, ‘Windows’ and search capacitive buttons sit below the 8S’s screen, and there’s a small speaker grille above it, but no front-facing camera. The phone is quite light at 113g, and its dimensions are 120.5 x 63 x 10.28mm.

All in all the design of the 8S, which you can get in a range of colours (grey with vibrant green/yellow highlights, black with white highlights, orange and dark slate with blue highlights) is very strong. This is a lovely model in the hand or pocket with all of the expected bits in all the right places.

Features
In general the 8S’s featureset is contemporary but not exemplary.

The phone’s processor is a Qualcomm S4 dual-core model running at 1GHz, and it comes with 512MB of RAM and 4GB of on-board storage space. The model also allows the back cover to be removed so that an additional SD card can be added for extra storage, which we know some readers will like. The camera is a five megapixel model, which ranks below the eight megapixel models which are more or less standard on high-end smartphones these days, and it supports 720p video recording.

The screen of the 8S is a 4” super LCD model with Gorilla Glass for toughness, and it runs at WVGA resolution (800×480), which is not the greatest resolution, to be honest. For comparison’s sake, the Windows Phone 8X, which has a slightly larger 4.3” touchscreen, has a much better resolution of 1280×720. The battery is a moderately sized 1700 maAh model, and sound is done through the Beats Audio platform which HTC has licensed for its smartphones.

The other major new feature which the Windows Phone 8X introduces – and one of its key selling points – is Windows Phone 8, the long-awaited successor to Windows Phone 7. Microsoft’s new mobile operating system features a slew of new and long-awaited features, ranging from multi-core CPU support, to a resolution bump (1280×768 or 1280×720, although the 8S doesn’t implement this), the ability to support microSD cards, NFC chip support, Internet Explorer 10, a Wallet feature for storing debit/credit cards, coupons and boarding passes and better maps and directions (through integration of Nokia’s maps feature). Most of these features were already available through Apple’s iOS and Google’s Android platforms, and Windows Phone users have been waiting them for a long time for the Microsoft platform. We’re very glad to see them arrive.

There is one key feature which we really wish the 8S had; but it doesn’t: 4G speeds. The 8S’s big brother, the 8X, does support 4G speeds but HTC recently confirmed that the 8S does not and will be limited to the existing 3G networks.

Overall the featureset of the 8S is decent, but we really think HTC could have done a little bit of a better job here. No 4G speeds, a reduced quality camera, poor screen resolution and only a moderately specc’d processor and RAM rating means the 8S doesn’t play with the big boys when it comes to its specifications. Of course, this doesn’t always mean a smartphone doesn’t perform well in practice; we’ll examine this in the following section of the review.

Performance
There are probably three key areas which you’ll be interested in when it comes to the 8S’s performance: Camera, battery life and (given its reduced screen resolution) the quality of its screen. Leave aside any questions of physical performance in the hand; as we’ve previously mentioned in this review, the 8S is just lovely in the hand and in the pocket. No need to worry about that aspect.

With respect to its camera, let’s just say it up-front. The Windows Phone 8S’s camera isn’t that crash hot. On an overcast day, we took the following shots with the Windows Phone 8S and compared them with shots taken on the same day at the same time by Apple’s iPhone 5 and Nokia’s Lumia 920. Of the three shots (and we took a few different shots with each phone and then picked the best one), the Windows Phone 8 has the grainiest and glariest shots, with slightly washed out colour, compared with the other two models.

That doesn’t mean the camera on the 8S is bad, however. On the contrary, it’s very good, and we would still feel comfortable using it to take every type of normal photo which you’d consider taking with the camera on your phone. But the thing to remember is that there are better options out there. 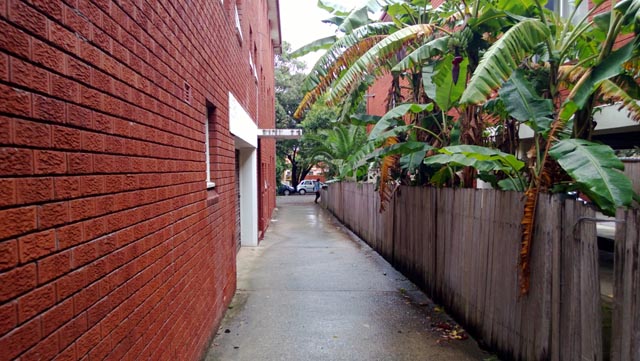 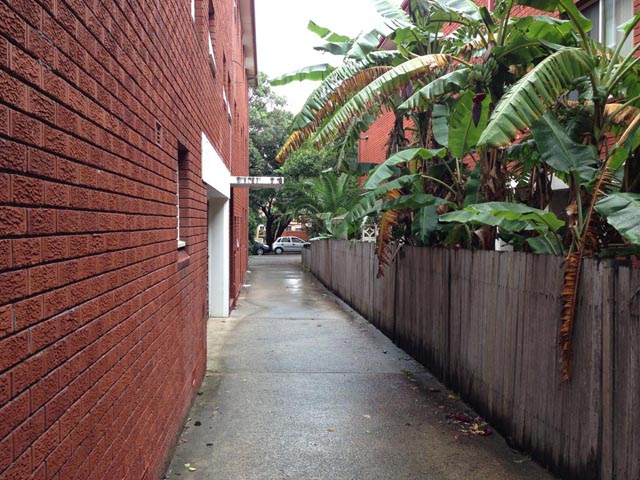 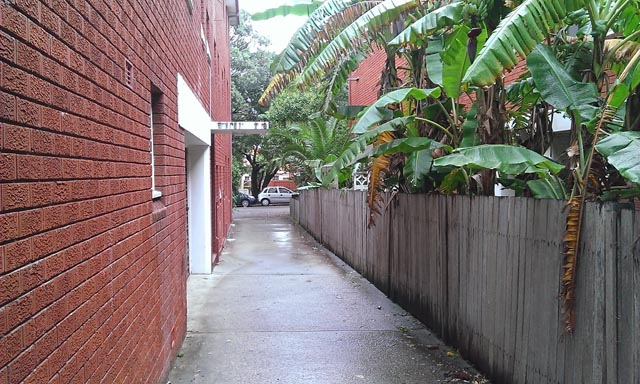 In terms of the 8S’s battery life, we found it pretty average — not amazing, but not terrible. You’ll likely get through a couple of days of moderate use of the 8S before you need to charge it; and if you’re a heavy user, best get used to charging it every day. In addition, this isn’t the kind of phone you can leave lying around on your desk for a week and expect it to still be functional when you come back to it. It’ll have died by then, as it did on us several times during the review period. In summary, the 8S has middle of the range battery life — helped, no doubt, by the fact that it doesn’t support 4G speeds and has a smaller screen than the top-end models.

We’re just going to say this flat out: In an age where most manufacturers have been focusing heavily on their pixels per inch rating, led initially by Apple with its so-called Retina Display, the 8S is a letdown. 800×480 is a not a great resolution for a modern smartphone and harkens back to the 800×480 resolution limitation in Windows Phone 7.

We held up the 8S next to the Lumia 920, which has a screen resolution of 1280×720 in a 4.5” size (and we also happened to have in our labs this week), and you can really see the pixels on the 8S compared with the 920. It’s not really a huge issue if you don’t notice these kinds of things, but if you do, you will notice it. Higher screen resolutions are one of the main and long-awaited benefits to come from Windows Phone 8, and we’re a little sad to see that this bump hasn’t come to the 8S. Consider the fact, after all, that both the HTC Windows Phone 8X (launched at the same time as the 8S) and the iPhone 5 (which is close to the same physical size as the 8S) have much better resolutions than the 8S, and you can see why we’re disappointed.

Having said that, most people won’t notice the resolution issue overly unless they’re looking for it. The 8S has a nice enough screen that if you’re not a high-end user, you probably won’t notice the issue.

In all other areas of the 8S’s performance the unit performed fine. Its processor is capable of dealing with the Windows Phone games out there, its operating system user interface is snappy and we didn’t have any issues with its general performance.

Conclusion
Look, we’re just going to say this up-front: The HTC Windows Phone 8S is a very decent little smartphone. It feels simply lovely in the hand, it has decent specifications and performs pretty well in practice. It’s also moderately priced; it’s available through Optus for nothing up-front on the company’s $35 monthly plan (minimum total cost of 24 months is $840). The phone is also quite stylish and available in quite a few cool colours.

However overall we find it pretty hard to recommend this model for most Australians.

The difficulty is that the Windows Phone 8S doesn’t really offer anything better than other smartphones out there. It lacks the specifications (such as 4G speeds, a high-end camera and high-end screen resolution) to compete with high-end models in the iOS, Android or Windows Phone ecosystems, and you can get more power for around the same price or a little more elsewhere.

If you absolutely want to stay in the Windows Phone ecosystem and you don’t want a huge screen as is found on the Windows Phone 8X or the Lumia 920, then the 8S becomes a viable option. However, the Lumia 820 has only a slightly larger screen than the 8S and comes with a range of other benefits, such as a better camera, support for 4G speeds and so on.

We agree with the design experts at HTC that not everybody wants a huge screen on their smartphone, and we applaud the 8S for such a lovely overall design that feels lovely in the hand and in the pocket. The physical design of the 8S is great, and we’re sure some people will pick it up for its looks alone. But this more streamlined design shouldn’t come at the cost of reducing features on the 8S, and that feels like what’s happened here. With support for 4G speeds and a better camera, we could overlook the 8S’s outdated screen resolution and recommend it. But without these features, we’re afraid the 8S is looking like a bit like an also-ran at this point.

Note: Not everyone agrees with this viewpoint of the 8S. Check out these reviews by Engadget and The Verge for an alternative point of view. Both were quite positive about the handset.