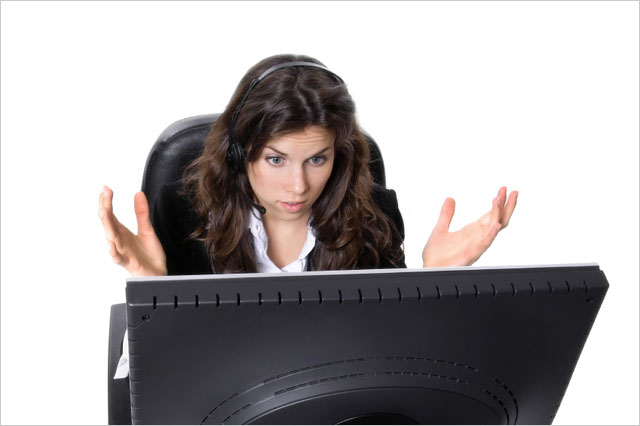 news New Federal Government super-department the Department of Human Services has revealed it suffered 137 IT outages thoughout the year to the end of September 2012, with dozens of instances where customers of services such as Centrelink were unable to access online services through Centrelink’s web site.

The information was revealed in answers published recently by the department (PDF) in response to questions filed by Liberal Senator Sue Boyce in the Senate’s Community Affairs Legislation Committee last year. The document was first revealed in a news article published today by Computerworld.

Boyce had asked DHS whether there had been any recent significant problems with its IT reliability, what problems it had had over the past 12 months and whether they could be detailed, and lastly what was being done to improve the IT systems reliability of the department. “In the period 1 October 2011 to 30 September 2012, DHS experienced a total of 137 ICT Reliability Outages,” the department responded. “28 of which were experienced in the outsourced Vendor Management Environment.”

A document attached to the department’s responses details dozens of examples where external and internal users of DHS’ IT systems were denied access to those systems because of outages. For example, a typical record states: “Customers with records in Environment S were unable to access Centrelink Online Services or Phone Self Service.” Other records stated that staff could not access intranet records.

There were also examples where staff were simply not able to log in to their desktop environments or could not use the Lotus Notes communications platform in use in some divisions of DHS, or Microsoft Office.

The inability of customers to access Centrelink online services has the potential to be a major issue for those customers. Centrelink is Australia’s main welfare agency tasked with supporting Australians who are out of work or receive other forms of welfare payments such as child support. Many of those customers are required to file forms on a regular basis with Centrelink or face having their payments postponed or cancelled. If those customers could not file their forms electronically or via telephone, they may have been required to visit a Centrelink office to file their forms, which would require a much more significant time investment than handing in the information remotely.

DHS wrote in its answers to Boyce that systems stability was “a key priority” for the organisation. “Improvement programs undertaken over the last 12 monts have realised a 27 percent reduction in ICT reliability outages during the July-September quarter compared to the previous April-June quarterly period,” the department wrote. In addition, DHS noted that it was currently undertaking a number of major IT improvement initiatives to fix the problems.

The first one involves a substantial datacentre rationalisation, which will see DHS reduce its datacentre footprint from seven to two over the next few years. “This is expected to improve reliability of services through the use of highly resilient modern Tier 3+ facilities,” wrote DHS. “The datacentres will ensure DHS can provide core services with high availability and redundancy.”

Another project will see the group’s “Customer Portal” — presumably including the Centrelink online services functionality — migrated to a 64-bit environment. “The new environment will increase the number of concurrent sessions that are able to be handled, thus increasing capacity and reliability for online services,” wrote DHS.

A third project will see ICT services previously outsourced from IBM and HP to in-house managed services — affording DHS “greater visibility and control over all ICT components that contribute towards a service”, and removing dependency on external factors, thus enabling what DHS described as proactive service management and increasing service reliability as a result.

Lastly, DHS noted that it was upgrading its monitoring and reporting capabilities. “DHS ICT teams are undertaking ongoing configuration of Agentless Monitoring Devices throughout the datacentres to monitor data packets,” the department wrote. “As configuration progresses, the devices will provide greater visibility into ICT service performance by allowing more comprehensive monitoring of ICT transactions. This will allow further visibility into the underpinning ICT service performance of the expanding portfolio of DHS business services offered to customers.”

News of the rolling series of outages at DHS comes at a sensitive time for the department. It has a relatively new chief information officer, Gary Sterrenberg, who joined the department in October 2011 from ANZ Bank, replacing long-serving DHS and Centrelink CIO John Wadeson. DHS is also involved in a massive integration of the various IT departments of Centrelink, Medicare and clutch of other smaller agencies, with hundreds of millions of dollars allocated to the IT systems integration.

opinion/analysis
I have to say, I am quite surprised by the news that DHS has been having this large series of outages in its online services. I’ve said before on Delimiter that the department’s IT division, which was largely formed from Centrelink’s IT team under John Wadeson, has a good reputation for IT service and project delivery within the Federal Government.

What this week’s questions on notice show is that that reputation is at risk. DHS really needs to get these outages under control. The department effectively runs an IT operation the size of a major bank, with a similar number of external and internal users of its IT infrastructure. Australia’s major banks have been engaged in a huge effort over the past few years to reduce and ultimately cut out what they call “Severity 1 outages” — outages which stop them from fulfilling their core mission of providing banking services.

I know that both Westpac and CommBank have hugely reduced the numbers of these incidents, and I’m sure NAB and ANZ have been working on this situation as well. It seems like now it’s DHS’s turn to place a huge focus on this. The organisation’s dependents are some of the most needy in Australia. Let’s hope the department can keep its online services up longer in 2013 to ensure they are well served.