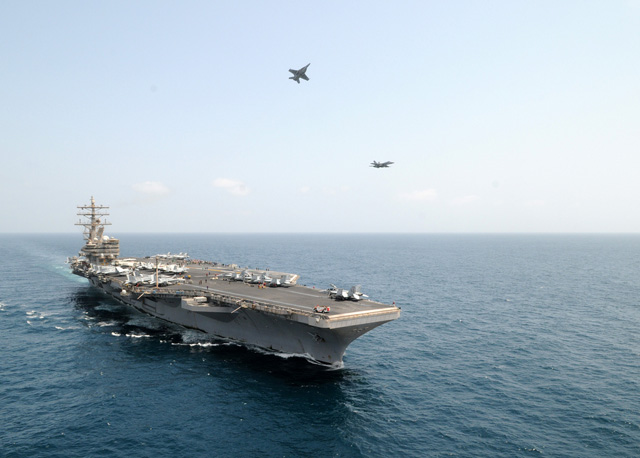 Immigration’s Systems for People project is finished. The Australian Taxation Office’s Change Program has been laid to bed. And Defence’s payroll consolidation hasn’t yet kicked off. But tonight a new mega IT project was born in the halls of Canberra’s public service; and it’s time for the Department of Human Services to hog the limelight.

In tonight’s Budget, the Federal Government allocated the better part part of a billion dollars to projects that will realise the creation of the fledgling super-department known as the Department of Human Services, formed by the merger of a number of agencies, including Medicare, Centrelink and the Child Support Agency, integrated and unified.

The jewel in the crown of the funding is a $373.6 million investment which will be directly used to integrate the technology platforms of the agencies, under the guidance of DHS deputy secretary for IT infrastructure and long-time Centrelink chief information officer John Wadeson. In budget documents, the Government stressed that most of the funding — $295.4 million, including $205.3 million in capital funding — would be allocated from within DHS’ existing resources.

As Wadeson has previously highlighted in detail, a number of large integration projects will fall under the wider integration effort – including the creation of a single shared ICT gateway, a single integrated security management system to protect sensitive information across the department’s many payment systems, a new data recovery centre and a single consolidated data management system. In addition, common staff portals, desktop and email systems will be created as the department’s various wings are tied together.

The budget documents stated the project would generate savings of $106.8 million across DHS by the time it was complete by streamlining core processing, storage infrastructure and support services – resulting in a net saving for the initiative of $28.5 million over four years.

But that’s not all.

The Government will also allocate some $297.1 million to facilitate the administrative and physical integration of the agencies into DHS – in a move which will likely touch the department’s financial and human resources systems.

Online automation systems and forms will be developed to improve customer interactions between Australians and the various DHS ‘brands’, in an effort to reduce paper from the equation and enhance “data exchange” with third-party organisations. And $157.6 million will be provided over four years to allow those interacting with DHS to do so through a single and secure logon facility – with information to be communicated to the various brands through a single transaction.

“The Department of Human Services will also conduct a trial to determine the ICT requirements needed to enable staff to view a consenting customer’s accounts,” the budget papers state. “This capability is designed to provide customers and staff with a complete picture of a customer’s interactions across the portfolio so that services can be matched to changing customer needs.”

A further $38.7 million will be provided to complete the transition to a single website and telephone number for the entire DHS portfolio, as well as the implementation of an automated voice regognition system. And money will also be allocated to facilitate Medicare claims being filed online.

The history
The funding allocation represents a major step in the road which Wadeson and his extensive senior ICT leadership team (see full details here) have been on since December 2009, when the Federal Government announced the consolidation of a number of large and small departments into the Department of Human Services, with the CIO to lead the ICT component of the integration work.

Centrelink was already one of the largest buyers and users of technology goods and services in the Federal Government, alongside Tax, Defence and the Department of Immigration and Citizenship. But it immediately became apparent that the DHS integration project would dwarf many other government technology projects with its pure scale and complexity.

In June 2010, Wadeson confirmed in an extensive interview that almost every aspect of DHS’ technology systems would be touched by the project – DHS would need to standardise on new email, HR, payroll, financial management, unified communications and desktop platforms.

The integration is likely to see some 27,000 desktop PCs upgraded to Windows 7, a single SAP platform used, outsourcing and services vendor relationships consolidated and IBM’s Lotus Notes platform dumped in favour of a Microsoft Exchange replacement. Likewise, Centrelink’s new contactless smartcard for staff identification — which it has been rolling out to staff — will likely “in time” be extended across the Human Services portfolio.

This week’s budget allocation have the potential to kick that technology buying feeding frenzy into overdrive, with DHS likely to require services from third-party suppliers in a range of areas.

One question which remains unanswered is how long Wadeson himself will stay around for. In February this year the Financial Review quoted the technology executive as stating he was considering his retirement. Centrelink shortly afterwards issued a statement noting Wadeson was “of retirement age”, but was yet to decide when he would leave. “Any plans around his replacement will be determined when the time arrives,” the welfare agency said.

In the meantime, there is no doubt that Wadeson will remain the most in-demand man in Canberra when it comes to the attentions of the nation’s technology vendors. Immigration’s Bob Correll, Greg Farr at the Department of Defence and the ATO, and the ATO’s Bill Gibson have all led major change initiatives within their departments over the past half-decade and more.

Now it’s Wadeson’s turn to be in the hot seat.