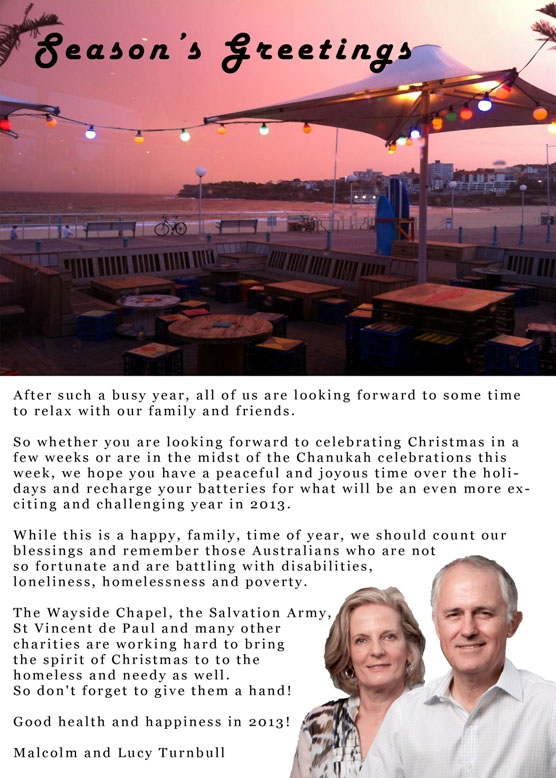 blog Following on from yesterday’s Christmas card from the good Senator Stephen Conroy, we’ve now received a similar message of Yuletide cheer from his opposite, Shadow Communications Minister Malcolm Turnbull. We believe the festive picture is a view of Bondi Beach from the left-hand side — appropriate given Turnbull’s seat of Wentworth.

In return, we sent a message thanking Turnbull for raising the level of debate in the technology and media portfolios over the past year — given the Coalition’s relative quiesence in these areas in previous years. Whatever you think of Turnbull, after all, there is no doubt that the Liberal MP is genuinely interested in the technology sector and the issues which enflame it — and Turnbull has set a new benchmark for engagement with the community over the past year. Turnbull was easily the most discussed public figure on Delimiter in 2012, and his passion and intellectualism does him credit.

If party policies and allegiances were set aside, the Earl of Wentworth remains your writer’s personal choice for Prime Minister (or perhaps President, one day?). Here’s hoping he can knock Tony Abbott off his (increasingly shaky) perch in 2013.