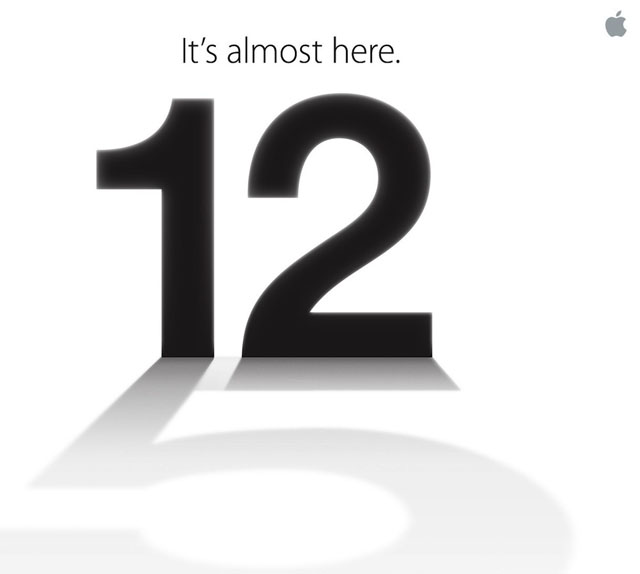 But historical Apple launches pale in comparison to the astronomical level of iHype out there associated with the (apparent) imminent release of Apple’s new smartphone opus, the iPhone 5. The new iPhone is expected to debut with a slew of new features already found in top-level Android devices, ranging from a larger screen to an in-built NFC chip. However, according to Australian comparison site WhistleOut, it doesn’t even matter what the new features are. The iPhone 5 is already a “success”, apparently, before it has even been launched. The site writes:

“… it won’t matter what how big the changes and innovations are. That’s not really the point. The phone is going to be a crazy, Ben Hur size success and you need to look backwards rather than forward to see why … In a marketing sense, it is not what Apple will do next that we should be talking about. It is what it has already done that counts.”

“In guaranteeing the iPhone’s future success in this next release, it is the fulfilment of our previous expectations that’s the kicker … Delivering products that actually deliver on the preceding media hype is a feat many businesses, designers and marketers fail to do. This delivery has meant that future success in this iPhone is assured.”

The insanity is perhaps largest in the US, where analysts are falling over themselves to try and predict the implications of the iPhone 5’s launch before it even happens. J.P. Morgan’s chief economist Michael Feroli is so excited about the launch that he believes it could significantly affect the country’s Gross Domestic Product. The Vancouver Sun reports:

“J.P. Morgan’s analysts expect Apple to sell around 8 million iPhone 5s in the fourth quarter. They expect the sales price to be about $600. Feroli said the estimate of between a quarter to a half point of annualised GDP “seems fairly large, and for that reason should be treated skeptically.” But, he added, “we think the recent evidence is consistent with this projection.”

Feroli said that when the last iPhone was launched in October 2011, sales significantly outperformed expectations. “Given the iPhone 5 launch is expected to be much larger, we think the estimate mentioned … is reasonable,” Feroli wrote.”

“Reasonable”? Right. I’d love to be smoking the stuff they are apparently selling at J.P. Morgan’s cafetaria, because I suspect it’s the kind which leads you to be fascinated by the glowing bright colours and tracer effects inherent in your wallpaper. How can you possibly predict what the impact will be of a product which hasn’t even launched yet, in an intensely competitive market which changes month by month?

Now, sure, there’s a lot to be hyped about. Apple’s iPhone did revolutionise the mobile phone market and introduce a radical new user interface which everyone and his Android dog are now attempting to copy. And Apple has a steady history over Steve Jobs’ decade-long reign of glory of continually making greater and greater revenues from its ongoing successful product launches.

But isn’t it just a little bit possible that some people are getting a little overexcited here? Isn’t it just the teeniest bit ridiculous to claim that a new product’s features just don’t matter and that people will buy it regardless? Or to claim that that single product — which, I repeat, has not yet been released or detailed in any way — will drive enough revenue to boost the GDP of the whole US economy?

Despite the fact that I recent ditched my iPhone for an Android (yes, I know, I’m a filthy traitor who doesn’t deserve to own an iPhone, or in fact any of Apple’s miraculous products), I, for one, want to see the new iPhone first before I make a judgement on it. I want to play with it, examine its feature list, and compare it against competing products. I want to read reviews, write my own, and find out if the new model is going to be a cornucopia of delights, as most of the iPhone line in general has been so far, or just a minor upgrade that isn’t really worth investing in.

And let’s not forget that even Apple has had its product flops, as a number of popular articles have pointed out over the years. Ranging from the doomed Lisa machine back in the 1980’s to the Apple TV, the PowerMac G4 Cube and more recently, the Ping social network and the grossly insensitive dumbing down of Final Cut Pro, not everything that Apple has touched has turned to gold. Some of Cupertino’s efforts have been unmitigated disasters, and although indications so far are good, we just don’t know quite where the iPhone 5 sits in this pantheon yet.

So please, Apple fanboys. Stop fogging the screen of my MacBook Air with your breathless exuberance and give Tim Cook and the rest of the Apple team a chance to explain why we should go into a frenzy over their new iThing, before pre-judging it a colossal “success”. We don’t yet know whether the new iPhone is a credit to its maker or a mismatched failure which will be outshone by other excellent handsets from Samsung, HTC and Nokia. We just don’t yet know.