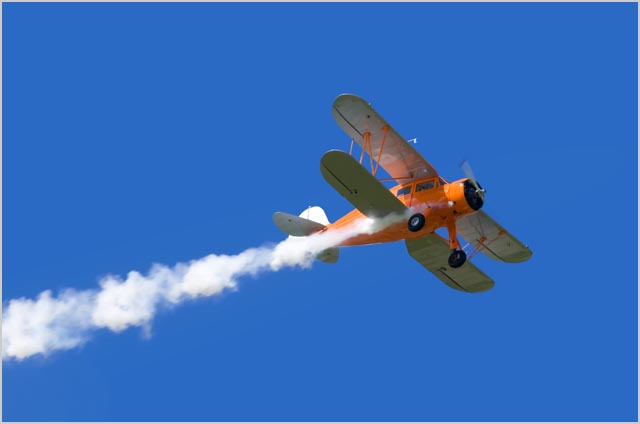 news The Federal Government has taken a “cloud-last” position on the adoption of the new generation of cloud computing technologies, analyst firm Ovum said today, as it lacked a clear vision of the benefits of the cloud computing model, but was very clear about its risks.

Organisations and governments in Australia and globally are currently grappling with cloud computing, which is a term covering a wide variety of technologies which have in common that they are purchased on a usage basis, rather than as a discrete set of products to be implemented. Examples include Software as a Service (for example, Google Apps and Salesforce.com) and Infrastructure as a Service (commonly purchased from Australian companies such as Telstra, Optus, HP and Fujitsu, or global companies like Amazon Web Services.

Jurisdictions such as the United States and the United Kingdom have taken what they have described as “cloud first” positions, which means they will be default seek to procure technology as a service rather than implementing their own platforms. And last week, New Zealand followed.

“Cloud computing is an exciting, emerging technology which will contribute directly to better public services, promote innovation, and substantially reduce costs,” the country’s Minister of Internal Affairs Chris Tremain said in a media statement last week. “These technologies are pervasively changing the nature of ICT service delivery across the world. Cloud technologies can significantly change the way the public sector operates, enabling the provision of better public services for all New Zealanders.”

However, in a blog post published yesterday, Ovum Asia-Pacific research director Steve Hodgkinson said Australia’s Federal Government was not following its counterparts in other similar countries.

“The Australian government’s policy position on cloud computing is ‘that agencies may choose to use cloud computing services where they provide value for money and adequate security’, wrote Hodgkinson. “This can be characterised as a ‘cloud-neutral’ position. However, when combined with the publication of documents that primarily describe the potential or theoretical risks and issues relating to cloud services, agencies will interpret the position as ‘cloud last’ and play safe, avoiding or deferring cloud adoption.”

Hodgkinson said because of this approach, there had been minimal adoption of cloud computing services by Federal Government agencies. “Agencies still regard cloud services as unproven and risky,” he wrote. “Consequently, agencies are deferring productivity and innovation benefits, and the ICT industry is frustrated that the government is slow to buy cloud services and is not, therefore, stimulating the development of robust onshore Australian cloud service capabilities. New Zealand’s stance, on the other hand, directly challenges the status quo, asking: “Why not cloud?” This is a much more direct catalyst for innovation.”

Hodgkinson said a more strategic approach by Australia’s Federal Government would focus on two key elements, with the first being a “more visionary” statement of the Government’s broader ICT strategy which would legitimise a challenge of the status quo — while still enabling agencies to choose solutions which worked best for them. The second factor would entail a more balanced framework to assist agencies in making “practical assessments” of the benefits and risks involved in sourcing ICT capabilities.

The analyst’s comments come as the Federal Government’s peak technology strategy division has made a series of announcements aimed at pushing forward its vision with respect to public sector uptake of the new generation of cloud computing services and making such services available on the right terms to departments and agencies.

In a series of blog posts published in August, the Australian Government Information Management Office, which sets overarching technology strategy across the Federal public sector, released a number of documents and made several moves aimed at helping to put guidelines and frameworks around government adoption of the cloud.

“We designed the guide as an aid for experienced business strategists, architects, project managers, business analysts and IT staff to realise the benefits of cloud computing technology,” wrote AGIMO first assistant secretary (acting) Scott Wallace in a separate blog post. “It provides an overarching risk-based approach for government agencies to develop a cloud strategy and to implement cloud solutions.” In a second post, Wallace also released another related document – the final version of AGIMO’s Community Cloud Governance Better Practice Guide.

However, Hodgkinson is correct that AGIMO and other Government agencies have not taken a “cloud first” position that would actively stimulate change within departments and agencies, with much of the current debate around cloud computing in government circles continuing to revolve around data sovereignty issues.

A number of major IT vendors have recently made major investments in on-shore cloud computing infrastructure in Australia. For example, just several weeks ago, US hosting giant Rackspace confirmed plans to launch a large datacentre in Sydney later this year, to support growing local demand for its services after entering the Australian and Zealand markets in 2009 using its infrastructure located overseas.

In late June, IT giant IBM confirmed plans to deploy its enterprise-class public cloud computing infrastructure in Australia, in a move which will give large organisations and government departments with data sovereignty concerns another option for utilising public cloud facilities based in Australia, as opposed to offshore. A week before that, global technology giant HP opened its colossal $119 million new datacentre in Western Sydney, from which it will provide specialised government-focused cloud computing services, among other services.

One example of a major cloud computing deployment in government recently has been the July announcement by German software giant SAP that it had won a substantial deal with the NSW Government’s Trade & Investment agency. SAP described the deal as its biggest deployment of its Business ByDesign software as a service suite globally, and its first cloud platform win in the local public sector.

opinion/analysis
I have been a long-time critic of the Federal Government’s glacially slow adoption of cloud computing technologies, and especially the Australian Government Information Management Office’s somewhat ineffective attempts to address the situation. In late April, I wrote about AGIMO:

“The Australian Government’s peak IT strategy agency is currently drowning in a sea of technocratic waffle that would do Sir Humphrey Appleby proud. It needs to take a step back and appoint a leader from the private sector to help it focus its efforts on a limited number of high-profile projects which would actually enhance government IT service delivery.”
So does the Australian Government need to make a ‘cloud-first’ declaration?”

In my view, there are a number of practical difficulties with such an idea. The first one is that the agency through which such a declaration should be made is AGIMO. But AGIMO is a little bit in the doghouse at the moment politically, with documents released in April showing that its political master, Special Minister of State Gary Gray, is concerned about AGIMO’s ability to deliver.

Secondly, there is the issue that AGIMO doesn’t really have a lot of power within the Federal Government anyway.

It is the chief information officers and secretaries of major government departments such as the Australian Taxation Office, the Department of Human Services, the Department of Immigration and Citizenship, Defence and Customs that have most of the real power in terms of technology decision-making and implementation inside the Federal Government. And I’m sure if you told these CIOs that they should be thinking about the cloud first and on-premises deployments second, they would laugh at you and continue to spend their hundreds of millions of dollars in annual IT expenditure as they please.

There is also the point that most of these large government departments have recently been through huge IT rejuvenation projects of their core IT systems. They will be reluctant to look at major cloud projects at this point.

in my view, the really fertile field for the adoption of cloud computing will be in State Government, where state-level departments and agencies all around Australia are currently grappling with a systemic failure to deliver IT projects at any level. In this context, the implementation of cloud computing technologies has the potential to act as a circuit-breaker to change up the existing (failing) IT project delivery paradigm.

And indeed, we have seen precisely this kind of interest from the new crop of LNP/Coalition State Goevrnments recently. In NSW, we have the huge SAP Business ByDesign project kicked off by Trade & Investment, and in Queensland the state’s new LNP Technology Minister Ros Bates has been talking up the potential for cloud computing to solves some of its IT shared services woes. It’s in these kind of areas where I view cloud computing’s potential to be the strongest in the Australian public sector. Perhaps it will then percolate upwards into the Federal Government.

Wow, that was a longer post than I intended for a Friday afternoon ;)