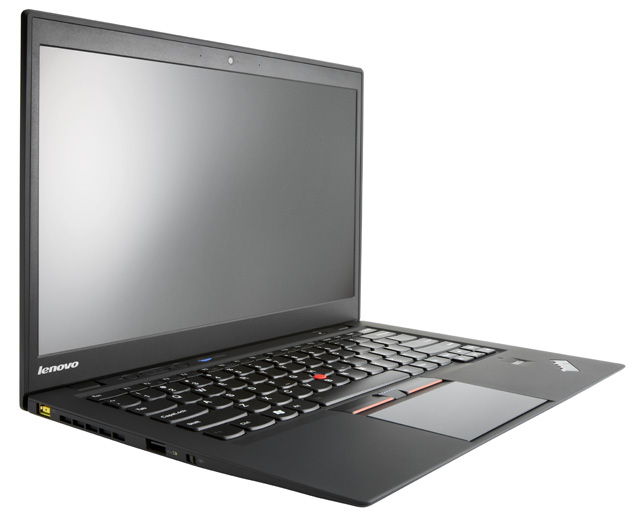 news Chinese manufacturer Lenovo yesterday confirmed the newest ‘Carbon’ version of its popular X1 ThinkPad laptop was available in Australia — but for a price 60 percent more expensive than it is sold for in the US, or around $755 more.

It features a third-generation Intel Core i5 or i7 CPU running at speeds of between 1.7GHz and 2GHz, an Intel HD Graphics 4000 video chip, up to 8GB of DDS3 memory running at 1333MHz, a 720p HD webcam, up to 256GB of SSD SATA3 storage, Dolby Home Theater v4 sound, a fingerprint reader and a number of other high-end specifications. The 14″ screen can run at a resolution of 1600×900 pixels. The X1 also features a focus on battery life, including a so-called ‘Rapidcharge’ feature which can quickly recharge up to 80% of the laptop’s battery life in just 35 minutes.

The announcement of the X1 Carbon marks the kick-off of the ThinkPad brand’s 20th anniversary celebrations, according to the company and “epitomises Lenovo’s focus on innovative design, business-class performance and catering to the needs of today’s businesses, both enterprise and SMB”.

“Very few brands are fortunate enough to have built a strong following that is passionate about each generation of ThinkPad products,” said Alan Munro, managing director, Lenovo ANZ. “With that in mind, we’re excited to debut the ThinkPad X1 Carbon in Australia. We feel it meets the demand for an extremely thin and light laptop, with the performance users need to accomplish professional business goals.”

“To date, the thin and light nature of Ultrabooks has often rendered the products delicate and fragile,” the company said. “However, created with carbon fibre similar to what is used to engineer Formula 1 racing cars, the X1 retains ThinkPad’s renowned durability while weighing just 1.36 kilograms. With the addition of the new Carbon Fibre top cover, the X1 Carbon’s exterior cover acts as an extra strong roll cage, protecting internal components and the entire chassis from damage. Similar to previous ThinkPads, the X1 Carbon has passed eight military grade spec tests for heat, cold and dust etc. ensuring it is robust and suitable for a range of environments.”

Delimiter’s review of the previous X1 was overall very positive, but with a caveat about battery life. Reviewer Jenneth Orantia wrote in September last year:

“There’s a lot to like in the latest flagship ThinkPad. The premium materials, semi-rugged construction, and ultra-slim profile all amount to a beautifully-engineered laptop that’s more than capable of handling the day-to-day drudgeries of office work. This is a first-class machine that offers almost everything a mobile professional would want in a notebook. Unfortunately, the one thing it does lack, long battery life, is a significant compromise that we’re not sure many road warriors will be happy to make. For this class of notebook, we’d expect battery life to be twice as long at least.”

“If you do most of your work in the office, and only move around for the occasional meeting, the ThinkPad X1 offers a fabulous user experience that few other notebooks match. But if you need a machine that will last for long stretches away from the charger, there are other ultraportables that are much better suited for the job.”

However, one aspect of the X1 which buyers may find frustrating is the laptop’s pricing.

“Pricing for the Lenovo ThinkPad X1 Carbon will start at AU$1,999 including GST, and is available now through Lenovo’s business partners and via www.lenovo.com.au. The ThinkPad X1 Carbon comes equipped with a three year warranty,” the company said in its statement yesterday. However, the US model is available at a substantially cheaper prices — starting at US$1,299, or AU$1,244.

The pricing mimics the price increase on the original X1, which sold for $560 more than the same hardware in the United States. When it launched the original X1 in Australia last year, executives defended the pricing by saying the company priced “at the local market”, not based on what the value of the Australian dollar was compared to the US. At the time, one Australian dollar bought $1.06 US dollars — now it buys $1.04 US dollars.

The logistical cost of bringing machines to the Australian market was greater than in the US, the company said, in addition to an enhanced cost of servicing Australia’s dispersed population. Lenovo Australia managing director Alan Munro said last year that the “sheer size of supply” to locations such as the US or Europe brought economies of scale. And costs outside the cities added up. “It’s the most urbanised country in the world — if you’re outside the urban area, it costs more,” he said of Australia. “There will be fluctuations in pricing from country to country,” said Lenovo product lead David Heyworth last year. “We try to ensure they are as minimal as possible. There are service and support issues that we need to maintain here.”

opinion/analysis
The ThinkPad X1 Carbon looks like a damn fine laptop, and I’m looking forward to getting it into the Delimiter labs for testing. However, I can’t believe the amount which Lenovo is charging Australians for this device. a 60 percent market is just not justifiable on laptops like this, as Apple has shown with its price harmonisation. I call upon Lenovo to follow Apple and harmonise its Australian pricing with that of the US — or at least bring it within 15 percent or so. A $755 Australian markup on a single laptop is just a bad joke — and I think everyone in the IT industry is aware of that fact by now.