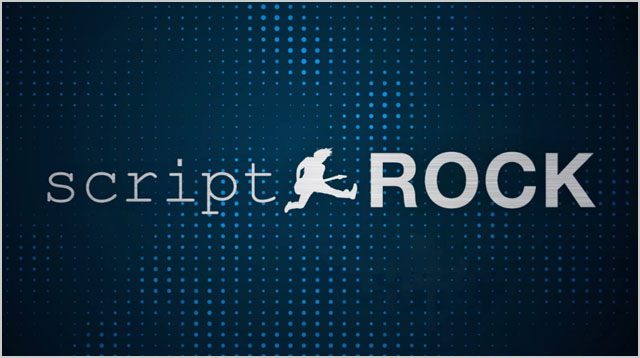 news Australian IT startup Scriptrock has won venture capital funding of $1.2 million from a list of names which reads like a who’s who of the local and international technology investment scene.

The company provides a platform which allows organisations to store, share and test the configurations of their server environments. Such environments can often be quite complex and feature custom designs which are not easy to set up from scratch or modify without downtime. Scriptrock, which was set up over the past year, offers a platform to solve that problem and was set up by locals Michael Baukes, Leo Venegas and Alan Sharp-Paul.

“As you may have heard, we got funded,” Sharp-Paul wrote on the company’s blog several weeks ago. “Funded to the tune of $1.2M, and by a list of investors we wouldn’t have dared to dream having on board when we started our journey with Startmate at the beginning of the year. One name in particular has been hard to miss in the coverage we’ve received and we are truly proud to have Peter Thiel involved through Valar’s investment in ScriptRock, but one investment did not the round make.”

The company appears to have gotten its start as part of one of the first rounds of startup investment provided by Australian mentor-driven seed fund Startmate, which was launched in 2010. According to Sharp-Paul, the funding process had been quite a “ride”. “With demo days in Melbourne, Sydney, Silicon Valley and New York and a total of six weeks on the road in the US it was a tough but unforgettable experience,” he wrote on his company’s blog.

“Fighting debilitating nerves before pitching at 500 Startups. Struggling to maintain some semblance of cool whilst being grilled at the conference table at the Thiel Capital office. It’s fair to say that the process was not without stress. We were confident but spent more than a few days wondering if we’d ever be able to bring the round together. Meetings became a blur as we headed up and down the 101 between San Francisco and the Valley but our persistence eventually paid off as intros lead to pitches, pitches lead to due diligence activities, and those activities eventually lead to offers of investment.”

“The final week of fund raising was truly a rush. Closing out a round with some heavy hitters already committed is certainly more fun than trying to get that first signature when you’re starting out. But we’re not fooling ourselves about the task ahead. Funding is an incredible milestone and one that a great many startups don’t get to enjoy, but it is as much a beginning as it is an achievement. We have the funds to execute on the vision we have for the company. We can now put the focus back where it should be, on the product and our current and prospective clients.”

The company plans to spend the next year building its product and providing its business model and ability to grow, citing some “amazing” leads coming in to its business. It has made a number of key hires since kicking off its business and has also set up its US office, although backend development and support will be based in Sydney.

opinion/analysis
Firstly, let me say congratulations to the Scriptrock guys on such a large investment round after such a short development timeframe, and best wishes for all your future endeavours. What you’ve done has already been inspirational to other Australian IT startups.

However (as this is startup-land and many hyped startups fail), I must also question some of the actions the company has taken. For starters, with only a few clients on board and the company’s product only just being developed (plus the fact that its website is fairly … rudimentary), is it really the best time for Scriptrock to be rapidly expanding to the US? I would have thought it would have made more sense for such a small startup to keep its operations consolidated in the market it knows right now (Australia) and build its operations there, bedding down its development cycle and keeping customers happy.

Sure, there are many more (and larger) customers in the US, but for a startup of Scriptrock’s size, it’s not like there’s not already plenty of addressable market in Australia, and that is where the company appears to already have its key early wins and customers. I’m surprised to see Scriptrock hitting the US so soon. Atlassian is one example of a company which did well locally (even providing services internationally but largely remaining in Australia) and then rapidly expanded overseas when its operations had become more solidified.

Secondly, I would question the nature of Scriptrock’s financial backing. It seems to me as though the company has too many early investors. The company’s blog post several weeks ago listed no less than a dozen investors in its business (many of which must have only thrown in 50 thousand or so each, a paltry sum for some of these guys), and it would have already had mentors available from its Startmate days. I suspect that over the next several years, Scriptrock is going to be getting a lot of advice from a lot of people, and likely some of that may be conflicting advice. Scriptrock is a business highly focused on enterprise IT. Does Paul Bassat, for instance, or Mark Jung, have experience in this area? Not as much — enterprise IT is outside their core competency. It may have been better for the group to have focused on a smaller list of investors with more skin in the game and a higher focus on the enterprise IT market.

If I had one message to give to the Scriptrock guys in general right now, it would be this: Calm the hell down.

The company needs to make its website look credible to target big business. Make the site look like Atlassian’s. Big businesses don’t like dealing with small ones. Make your site look like you’re a big company. Sure, every startup will get easy wins, but don’t forget your early customers; in fact, focus on them, especially the mid-sized ones which will be much easier to deal with, at least initially. Don’t focus too heavily on the US or the hugest customers just yet. Make sure that your first customers are in love with you over a two year period, and then turn them into case studies you can take to other customers.

Most of all, stop focusing on hype and start focusing on building systems. Customer support systems to handle queries from your customers. Invoicing systems to handle their payments. Development systems so that your point releases don’t break people’s servers. And so on. In a business like this, selling to enterprise IT, it’s all about longevity, stability and process. Systems administrators like slow and steady. This isn’t a consumer-facing startup, but I suspect some of the mentality around Scriptrock is coming from that direction.

Until you get these systems in place, what’s going to happen is that the really big business you want to target won’t want to deal with you on a sustainable basis. With a new and hyped solution you’ll always get a foot in the door, but you need to focus on more than that. You need to focus on entrenching your presence with customers so they come to rely on you over years and years.

Some of this is harsh criticism, but it’s worth considering the idea that investment funding does not equal long-term success ;) I want to see Scriptrock become another Atlassian ;) And bear in mind that I, too, run a small business, and let me say that I myself made pretty much every mistake in the book in the first 18 months of its life. It’s tough, but if you set up systems and focus on sustainable business it gradually gets much easier.