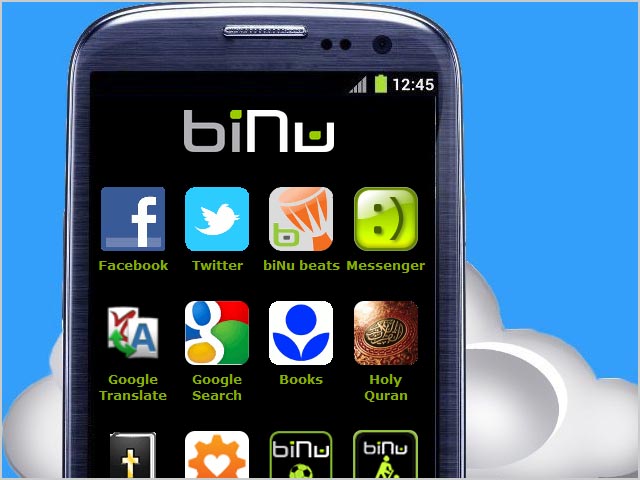 news Australian mobile app platform startup biNu this week revealed it has picked up $2 million in investment funding from a number of high-profile investors, including TomorrowVentures, the investment group of Google chairman Eric Schmidt.

biNu was founded 18 months ago by local enterpreneurs Dave turner and Gour Lentell, both of whom were best known as executives with OzEmail, the high-profile Australian ISP which flew high introducing the Internet to Australia but then hit skid row and was bought by rival ISP iiNet in 2005. biNu’s core proposition is a mobile app platform that brings “iPhone-like experiences” to low-end smartphones and feature phones.

Since launching 18 months ago, the company said in a media release this week, biNu has attracted 4 million active monthly users spread across the world, particularly in emerging markets where mobile devices are the primary, and often only, connected device and where biNu is often a user’s first experience of the internet.

biNu co-founder and CEO Gour Lentell said: “As publishers, content owners and social companies race into emerging markets looking for growth, mobile devices and mobile networks simply can’t keep up. biNu set out to give the 4 or 5 billion people who don’t have top end smartphones or reliable high bandwidth cellular networks a great mobile internet experience. It has grown much faster than we imagined but the big surprise was that our users started requesting ways to interact with each other, which actually created a thriving mobile social community of its own.”

“biNu is changing the lives of millions of people, giving them access to information they can’t get otherwise. For example, 20 million book pages were read on biNu last month, the majority by people who struggle to get their hands on physical books, let alone e-books.”

TomorrowVentures is listed by TechCrunch’s CrunchBase site as “the investment vehicle for Eric Schmidt”. It was founded in 2009 and has a focus on seed and early stage venture capital investments that develop innovative ideas “that have the power to change the way people live, interact, and thrive”.

The firm’s principal Brad Holdsen said biNu served a “huge market” through its platform. “biNu has the technology as well as a strong management team with an outstanding track record with two previous startups, and we look forward to supporting their ongoing leadership in this space,” he said. Other investors in the company include Microsoft and Amazon luminary David Risher (whose company Worldreader is a partner with biNu, as well as Paul Bassat, the co-founder of Australian Internet jobs site Seek.

“I am excited to have become an investor in biNu,” said Bassat. “It is attacking a massive market, showing extremely strong growth in its subscriber base and its members are very loyal thanks to a rich content experience combined with social capabilities. biNu is making an enormous difference to the lives of people in the developing world by providing them with a rich internet experience.”

The company is focused on developing smartphone technology for mobile telco partners in fast-growing regions such as Southeast Asia and Latin America. Its first service, dubbed ‘Photo Chat’, allows users to share photos and use associated social networking features in private conversations with friends or family. It is based on what Paloma is terming its ‘cloud’ — a software as a service-based platform which allows low-end mobile devices to escape the restrictions of their limited hardware by utilising the benefits of online connectivity.

opinion/analysis
This isn’t sexy technology — running as it does on old mobile phones that can’t even really be described as “smartphones” — but it is perhaps necessary technology, and investors certainly seem to feel there’s a market for it.