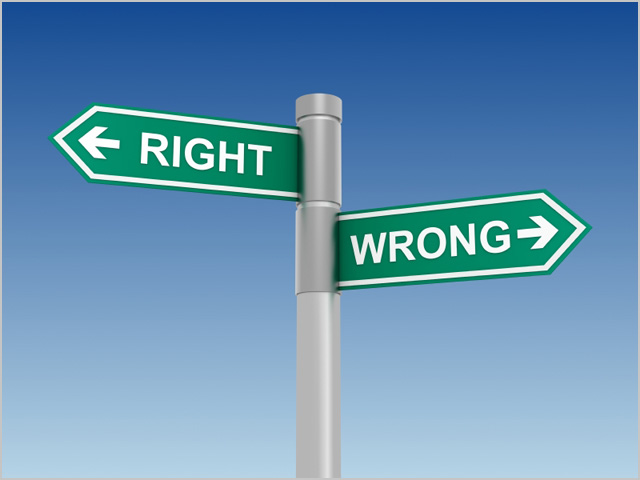 Last week it was revealed that researchers at various universities in Israel and the US had made a scientific breakthrough in the transmission of data wirelessly through a technique known as “orbital angular momentum” (OAM), which allows them to transmit data at a distance of one metre at speeds of 2.5 terabits per second — far exceeding currently wireless broadband speeds.

Consequently, News Ltd website News.com.au contacted NBN Co asking the company whether it would implement the technology in its own network. In addition, News Ltd website The Punch also carried an article by the same writer, Claire Connelly, arguing that the Federal Government wasn’t looking far enough ahead with its NBN project.

” … the government is lying to us. Well, they could be,” wrote Connelly. “NBN Co needs to stop being so afraid of its own shadow. Telecommunications will evolve and if we don’t evolve with it we risk being left behind – again.”

The comments echo similar comments made in a masthead editorial published by the Financial Review last week, in which the newspaper claimed that there was “a real risk” that the NBN’s fibre infrastructure might be overtaken by technical breakthroughs in areas such as “wireless technology”. “One such breakthrough on the technological horizon is Data In Data Out wireless technology, which promises wireless speeds up to 1000 times faster than those offered today,” the newspaper claimed.

Connelly’s comments are also similar to comments made by radio commentator Alan Jones in May 2011, when the 2GB presenter claimed a new data speed record set by scientists in Germany might affect the NBN. At the time, Jones claimed that the technology could deliver speeds up to 2.6 million times that of the NBN. Connelly is also a regular guest on 2GB’s ‘Wake up Australia’ program, according to her LinkedIn profile.

However, in a lengthy response published on NBN Co’s blog, NBN Co chief technology officer Gary McLaren rejected the claims that the wireless breakthroughs made last week — or any other recent breakthroughs — posed a threat to the NBN. “Science is thrilling and we are all beneficiaries of advances in technology,” he wrote. “But breathless headlines that suggest each latest technological breakthrough in communications is going to make the NBN redundant are extremely wide of the mark.”

McLaren said that in the eyes of The Punch, the wireless breakthrough last week was “evidence that by pressing ahead with the NBN in its present form, Australia was “naive, underprepared and under-committed”.

“In fact, it proves the exact opposite.” he added. “The media report omitted a key detail: that the total length over which the researchers were able to transmit the data was a grand total of one metre. As Australian Popular Science noted dryly, that makes “the achievement somewhat lacklustre from a practicality perspective”. In the context of an island continent 7.6 million square kilometers in size, I’d say that’s putting it mildly.”

McLaren said this fact did not diminish the importance of the scientific breakthroughs made.

“However, new communications technologies are often conceived in labs many years in advance of being commercialised,” he said. “They also requires widespread acceptance from equipment manufacturers and network operators before any commercially available services can be contemplated. These technologies are barely off the drawing board. None of them has widespread acceptance. There are no equipment manufacturing deals. There is no device ecosystem that telecommunications companies could use. In short, they pose no threat to the NBN.”

McLaren pointed out that fibre-optic technology was first commercialised in the 1970’s, and had since that time remained “unbeaten” as the fastest commercially available technology to connect homes and businesses across a country to the Internet. He pointed out that the only limitation on the NBN’s actual speeds, given that the fibre cables carried data at the speed of light, was the ability of the terminating equipment at either end of the cable to interpret the data.

In this context, the NBN would initially deliver speeds up to 1Gbps, he said, but the underlying technology was capable of much more. “The real danger for the Australia would be to do as our critics suggest, which is to delay universal broadband adoption until the next big thing in technology comes along. That’d be like sticking with a horse and buggy while the rest of the world is driving motor cars on the off-chance that the car yard might one day stock Jetsons space cars,” McLaren wrote.

opinion/analysis
The continuing focus by segments of Australia’s media on scientific breakthroughs in the area of broadband technology, especially in the area of wireless, continues to baffle me, given how far away these new scientific theories are from becoming commercial technology. In this context, McLaren’s comments represent a good, solid dose of common sense. NBN Co needs to do more to continue to combat the technological misconceptions promulgated by some segments of the media.