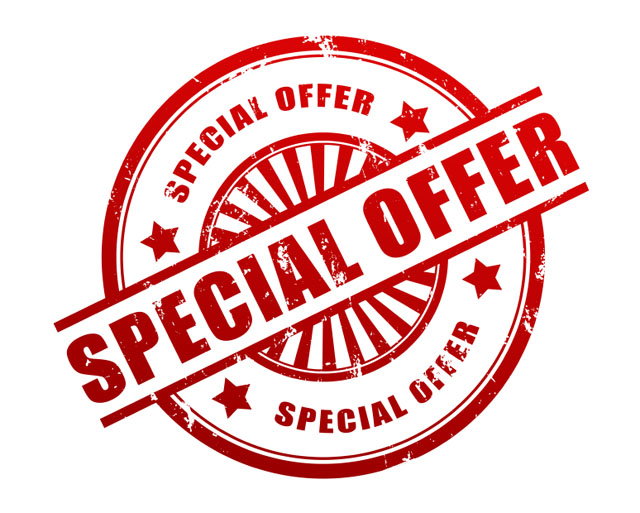 opinion Retail competition on the National Broadband Network will rest almost solely on price, in my opinion, as the importance of other differentiating factors between telcos like Telstra, Optus, TPG and iiNet will instantly diminish almost to zero as the network is deployed. And here’s why.

Over the past few weeks I’ve been doing a great deal of thinking about what retail competition will actually look like in Australia’s telecommunications landscape once the National Broadband Network has been rolled out across Australia, and the overwhelming majority of us have direct access to fibre connections to our premises.

I know what you’re thinking right now. It’s probably something like: “Get a job, you bum!” Well … no, I already quit my job and now I work for myself in an idyllic self-employed, no pants, pyjama lifestyle where I have enough time to sit calmly in my loungeroom, sipping tea and enjoying fresh yoghurt while contemplating the possible future dynamics of Australia’s telecommunications lifestyle. It’s good for the soul.

The conclusions I have come to through this mental debate might shock some of you; and they might also give pause to some of the assumptions which Australia’s telecommunications industry is currently making about what the future NBN retail environment will look like.

The first step in my mental process was to examine what retail competition currently rests on in Australia’s current broadband environment. Basically: Why do we buy the broadband services that we buy? And what are the available choices? The conclusion I came to when thinking about this issue is that much of the basis for retail broadband competition in Australia today is the principle of mitigating the limitations of existing technology.

There are several exceptions to this rule: Dodo, TPG, and Exetel. If you talk to customers of these fairly cut-rate ISPs, they will usually tell you that they get great prices and sometimes great download quotas (or even ‘unlimited’ quotas), that their ISP’s network performs acceptably “most of the time”, and that the rumours of awfully congested ADSL service at night are not true.

In all of these cases, a large part of the conversation revolves around the theme of network quality. ADSL is a rather shaky technology, built on a copper network which was never supposed to be used for that purpose. It’s a pain in the ass to get a new ADSL connection set up in the first place, usually requiring several weeks of work as your ISP goes back and forth with Telstra’s wholesale division, and most people are loathe to tinker with their connection in case they have problems.

ADSL broadband connections are notoriously unreliable when it rains; there can be problems at the telephone exchange layer which are tough to troubleshoot, and running IP telephony over ADSL can also be a tricky proposition. It’s for all these reasons that Australia’s current broadband customer base places great stock in having a “reliable” provider, usually with good “customer service”, and one that has a solid “network”. Those customers who do place more emphasis on price when buying ADSL will still admit they are making some potential compromises on network quality to do so, by going with an ISP like TPG.

Much of the reputation that companies like iiNet currently enjoy is based around this idea of mitigating technology. iiNet and Internode in particular have really based their customer service proposition over the past decade on the idea that they will go into bat for their customers against Telstra; helping to smooth over the inevitable connection and ADSL quality issues through a combination of their own great customer service and their understanding of the dynamics of network integration (especially with relation to customers’ interface at their local telephone exchange).

Other aspects of ISPs’ current service offerings are also based around the limitations of ADSL. All of the large ISPs have invested a great deal in network upgrades that will specifically allow them to deploy a very specialised form of IPTV over the shaky ADSL infrastructure, with content being piped in from overseas and mirrored everywhere locally. They have also set up extensive local gaming servers, partially in an attempt to minimise lag time to overseas platforms. And of course there is also the key historical differentiating factor between Australian ISPs — which have available DSLAM ports in your area and which do not.

However, the important thing which I’ve realised recently is that when the NBN’s fibre is rolled out, all of these factors will cease to exist as competitive factors.

By its very nature, fibre is an incredibly more reliable and flexible technology than ADSL. Once the NBN fibre infrastructure has been set up once at your premise, it will never need to be set up again. It will not require weeks of back and forth between an ISP like iiNet and Telstra in order to get your NBN connection working. It will be a matter of seconds to get it connected. It will similarly not be a matter of weeks to switch providers, should you decide your current ISP is not up to spec. It will be a matter of minutes, or at most, several hours.

The vastly reduced latency which fibre can provide, coupled with its extreme level of bandwidth (by the time the NBN is fully rolled out, 1Gbps speeds will be widely available) means that there will broadly be no need for Australian ISPs to deploy specialised infrastructure to stream content from local locations to Australians over the NBN. Instead, it will be a simple and efficient matter to stream that content from the overseas datacentres of companies like Apple, Amazon, Google, Hulu, Netflix and others to Australia. Or, if you prefer, it would also be a simple matter for Australian content providers such as Quickflix to do the same, independent of ISPs.

With a modernised NBN fibre network that never goes down, requires only the smallest amount of maintenance, provides uniformly excellent service and speeds with minimal congestion, you start to see that much of the current customer service, network quality, content availability and technical capability advantages that Australia’s current crop of mid to upper-tier ISPs enjoy will largely disappear.

What this leaves Australia’s ISP market with is the strength of the lower-tier providers: The ability to compete primarily on price.

Now, I am sure that the ISPs won’t see it this way. ISPs will try and entice customers to sign up for heavily bundled packages with value-added options such as the FetchTV and T-Box IPTV platforms; they will try to market additional access to quota-free content; they will try and tempt us with bundled voice and mobile options; they will add on free web hosting, anti-virus and anti-spam options, and they will keep trying to charge us through the neck for all of these services, to ensure their profit margins remain intact.

However, I am finding it increasingly hard to believe that such options will be tempting. Very few of my friends, family and professional colleagues buy much from Australian ISPs apart from basic telecommunications services. Everyone pays for a broadband connection, most also have a fixed telephone line, and we all also have a mobile phone.

But, when the NBN is rolled out, why would you sign up for an IPTV plan from your Australian ISP, when you could just download the shows you want for a price from a global provider such as Apple iTunes (or even, shock horror, BitTorrent?) Why would you need to pick a premium ISP with great customer service and ‘superior’ network quality, when the NBN fibre will never go down and every ISP will provide a more than acceptable level of service over this superior infrastructure?

In September last year I wrote an article highlighting the fact that many aspects of the current crop of NBN plans, such as tiny quotas, unrealistic shaping speeds and the lack of quota-free traffic between geographically close NBN nodes are all aspects which have been ported directly from the previous ADSL broadband world, yet have little or no place in the new NBN reality. But what I’ve started to realise is that it’s not just NBN plans which are stuck in the past; it’s the way that ISPs are thinking about all of the NBN opportunities.

The truth is that when a technology changes, the ecosystem around that technology also changes drastically. And when it comes to Australia’s current crop of ISPs, the entire way which they have set up their businesses and service offerings are shaped around the fact of ADSL’s unreliability and slow, asymmetric speeds.

But in an NBN world, where the underlying broadband infrastructure will be so much more reliable and so much faster and more responsive, there will be no need for customers to pay the premiums which ISPs like Telstra, Optus and iiNet currently enjoy, when basic broadband access is already so fantastic. And with the world of content suddenly at their virtual doorstep, there will be very little need for that content to be piped into Australia with a big fat extra profit margin slapped on top by local ISPs.

If I think about the world of the NBN, I think about signing up with TPG or Dodo for a 100Mbps plan that will probably offer me a terabyte of quota for something like $50 to $60 a month. Because when the fibre cable running to my premise will be so fantastic, there will be no more need to keep paying top-tier ISPs insurance money to ensure a steady service or for value-added products; that reliability will just come built-in, and the best value-added broadband products will come from global suppliers.

Now, I’m sure there will be a lot of people who will disagree with this commentary. So I want to challenge you: If you can think of why people will pay premium prices to access the NBN, tell me so. What could an iiNet or a Telstra possibly offer a NBN customer that a cut-rate provider like TPG can’t? I really want to know, because I’ve been thinking about this for several weeks, and I can’t come up with jack.

One further note: I am aware that I did not fully examine the implications of fixed and mobile bundling in this article. This does represent a significant advantage which a telco like Telstra can offer over a telco like TPG, although again, I feel there is a significant price aspect to this issue. FYI, I will examine this issue more fully in a follow-up commentary, as I feel it hasn’t been explored fully yet; in particular, with the potential entrance of Vodafone into the fixed NBN broadband market.

In the meantime, debate away: Because I am genuinely interested in your responses. Convince me that I shouldn’t dump iiNet and sign up with TPG when the NBN rolls into my areas. Because right now that’s going to be my default approach.