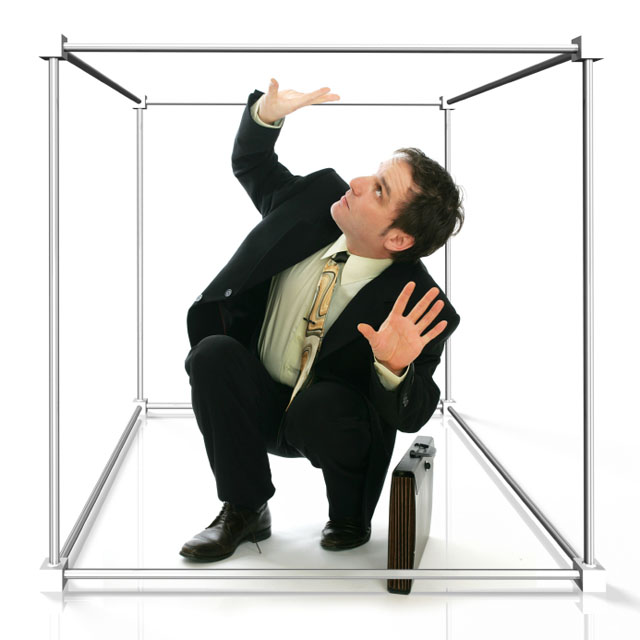 opinion One of the most remarkable and ongoing trends within the global technology industry is the astonishing degree to which humans tend to interpret and judge the development and implementation of any new technology by examining it through the prism of the technology it’s replacing.

When Apple released the iPad, there were many who complained about features the device lacked which were commonly found on netbooks. When Skype launched its Internet telephony service, there were many who were outraged that it could not immediately dial emergency services. And when Nintendo released its Wii console, there were many who bitched about the impreciseness of its motion-sensing controls compared with a traditional controller. Actually, EA is still bitching.

Right now, nowhere is this lesson more applicable than in the analysis of the first tranche of pricing plans released for commercial services over Australia’s National Broadband Network, which is due to kick off commercial operations in October.

So far, analysis of the pricing plans released by iiNet, Internode and Exetel have focused on one question: How do the plans stack up when compared to existing ADSL broadband options?

When Internode released its plans in late July, commentary focused on the fact that its highest value plans were dramatically more expensive than current broadband pricing is today. Pricing released by Exetel several days later was consequently praised — as the ISP priced its NBN offerings at a similar level to existing broadband options. And as I write this, on the forums of broadband site Whirlpool, iiNet is engaged in a constant dialogue with its customers about how close its NBN plans released this week are to existing ADSL options.

However, if we step back a little and look at the NBN pricing plans released so far, it’s possible to see that when they were being created, all three ISPs limited their thinking extraordinarily by refusing to step outside of the existing broadband pricing model, which is steadfastly predicted on the limited of ADSL technology.

The first and most obvious problem relates to the download quota limits which the ISPs have imposed on users.

The NBN will offer speeds dramatically higher than ADSL2+ currently offers. Initially, customers will have the option of speeds ranging up to 100Mbps — at least four times what is possible today — but in the longer term, 1Gbps speeds are also on the table. And the launch of terabyte and ‘unlimited’ quota plans by almost all of the Australia’s major ISPs over the past year is testament to the fact that strong demand for high quotas exists already on our much more limited ADSL connections.

However, iiNet, Internode and Exetel have not modified download quotas at all in their NBN plans.

A 100Mbps connection theoretically offers users the ability to download roughly 600 megabytes (not bits) of data per minute — that’s 36 gigabytes per hour, or some 864 gigabytes per day. A day. Almost a terabyte per day, if you maximise your top-end NBN fibre connection over 24 hours.

Now I’m not claming that this is a reasonable scenario, but in a family household with several teenagers often on BitTorrent, HD YouTube and Xbox Live, plus one parent working from home, it doesn’t seem unreasonable, perhaps in a few year’s time, that 10 percent of that household’s full utilisation could take place per day — for a sum total of two and a half terabytes per month. Particularly as many ISPs count both uploads and downloads in data quota.

And yet, the top-end NBN plans offered by Australia’s ISPs at the moment offer no more than 200GB (Exetel), 500GB on- and off-peak (iiNet), and a terabyte (Internode). Worse, if you’re with Exetel or iiNet, there is currently no way to get additional quota if you top out that plan each month — your connection simply gets shaped. Intenode does allow customers to top up their quota with ‘Data Blocks’, but its top option is a measley 50GB for $50 — not precisely economical in a fibre world.

And when those 100Mbps fibre connections do get shaped, they get shaped drastically.

Exetel shapes NBN customers to 512kbps once they exhaust their monthly quota, while iiNet customers will be slowed down even further — to 256kbps. But it’s Internode’s shaping that really takes the cake — limiting those who beat its fibre limit in a month to a tiny 128kbps — barely faster than a 56k dial-up modem.

Why these limited quotas, with pathetic bonus packs? Because these are the download patterns which the three ISPs are currently witnessing on their ADSL networks. Why these pathetic shaping speeds? Because these are tiered speeds which Telstra division used to provide through its wholesale ADSL service, resold by the three ISPs. In both of these cases, the arbitrary limits chosen by ISPs bear no relevance in a fibre world and are sourced from their ADSL history.

Now, these are only the most obvious examples where NBN pricing is trapped within the previous ADSL paradigm. However, there are many others. Let’s go through one of the more radical ideas out there at the moment.

If you examine the investor presentations (TPG PDF) which companies like iiNet and TPG make periodically to the Australia Stock Exchange, you’ll find that both have a strong focus on increasing the number of ‘on-Net’ customers which they have.

What this refers to is that there are several different types of ADSL customers. ISPs can make a higher profit margin from customers who are directly connected to their own ADSL broadband infrastructure in telephone exchanges (DSLAMs) — on-Net customers — as opposed to reselling Telstra wholesale services.

The reason behind this is that ISPs are much better able to control the various input costs that go into providing broadband — renting a copper line from Telstra, traffic costs to exchanges, international traffic costs to and from Australia and so on — if they use their own ADSL infrastructure. They can better structure their network and commercial deals, rather than buying a more cohesive package from Telstra.

(I’m aware that this is a drastic simplification of this argument, but bear with me here. Perhaps some ISP representatives can post a more detailed cost breakdown in the comments.)

However, much of this cost breakdown is based on data traffic transit from telephone exchanges to the rest of the world — for the simple reason that on Telstra’s copper network, each individual house and business premise is connected by its own individual copper fibre cable to the local telephone exchange. In an NBN world, a lot more complexity comes into the situation.

Take, for example, the case of two neighbours who own separate flats in the same apartment block. They might even both be using the same ISP. They want to transfer a few terabytes of files between each other — say, one wants to lend the other his Blu-ray collection digitised to his media centre. Or perhaps they share an interest in high-definition recordings of StarCraft II matches from Korea.

In an ADSL world (assuming sufficient speeds were possible through ADSL), that traffic would have to go from one apartment, to a telephone exchange, and back to the other apartment. But in an NBN world, because each apartment block will have one NBN fibre connection, shared between users in that block and terminated somewhere like the basement, theoretically there could be no reason why that traffic should be counted as part of a customer’s monthly data quota — especially if the customers are using the same ISP. It’s simply data being broadcast within the wider NBN network and costing, in many cases, nothing — why should users be charged for it?

In many senses, what the Federal Government is creating with the National Broadband Network project is a giant local area network spanning Australia. But in practice, ISPs and NBN Co itself will charge for access to that network as if each customer has an individual telephone line back to a telephone exchange, and as if each piece of Internet traffic needs to go through one centralised hub.
Late at night and after a few beers, I have been privy to quite a few conversations with fellow geeks where we have mused about the potential for NBN Co and ISPs to consider traffic between NBN-connected customers as quota-free.

An Australia-wide quota-free LAN — with customers paying for data straying outside NBN Co’s limits — would be a wondrous thing indeed. I’m not sure to what degree this is technically possible, but I’m sure such an idea might start with more sophisticated routing and traffic tracking rules being set up … you know, the kind that it’s possible to implement when you have one national network, with standardised termination units on every building.

If you examine the NBN plans released by iiNet, Internode and Exetel closely, you can find a host of other features which have clearly been imported from the ADSL days. How about Internode’s hilarious inclusion of an “included dial-up account with ten free hours” to use when you’re away from your home NBN connection? God knows how that will work when Telstra’s copper network — and the dial tone — are disconnected.

Or Exetel’s $100 connection charge — excusable in an ADSL age where ISPs need to wrangle with Telstra to connect up new customers, but ludicrous when churning between NBN providers should be a matter of a 15 minute changeover window, with almost all of the heavy lifting done by NBN Co itself?

But I’m pretty sure I’ve made my point by now.

However, as the pedal begins to hit the metal on the NBN fibre rollout, it’s also time for some innovative thinking.

If Steve Jobs had framed his vision within the paradigm offered by netbook manufacturers, the iPad — and a whole class of competitors — would never have been born. If the Zennstrom and Friis boys had accepted that PSTN fixed-line telephony was here to stay, I wouldn’t be placing calls to business partners and sources for free over Skype.

And we all know what would have happened if Shigeru Myamoto had thought inside the box at Nintendo. Geeks globally would never have gotten the chance to vanquish Ganon and take back the Triforce of Power with one fell sweep of our nunchuk-clasping hand in real life. And that, my friends, would be a terrible thing.

So in our thinking about the NBN pricing models, let’s not let ourselves be trapped into the ADSL paradigm of the past. Let’s go back to the drawing board and really consider what sort of usage models might be appropriate for an NBN age, and how we can best take advantage of this infrastructure. A country which would like to describe itself as ‘innovative’ can surely do nothing less.