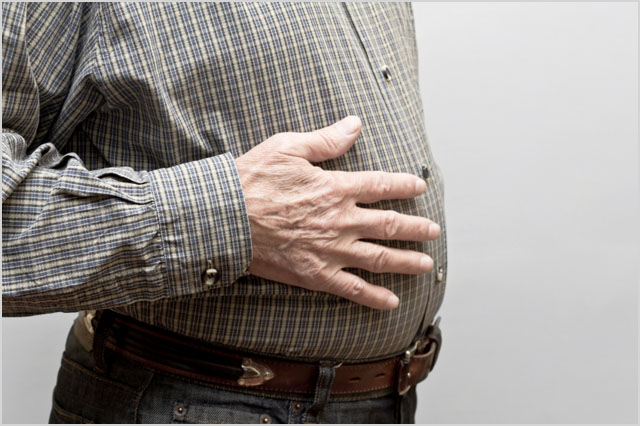 news iiNet has taken several key milestone actions over the past week as it continues its ongoing efforts to integrate the operations of fellow national broadband provider Internode into its own, following its acquisition of the company in late December last year.

When iiNet announced it would buy Internode in late December last year, the two companies were careful to highlight their plans for the South Australian ISP led by well-known industry figure Simon Hackett to remain independent from its new parent. “This is another iiNet acquisition and Internode will just disappear, right?” stated a question posted as part of Internode’s frequently asked questions document for the transaction. “No, it isn’t,” came the answer from Hackett. “Internode will be remaining as a separate operating company within the group, with its own identity and its own staff. I am staying at the helm of Internode as is the rest of the management structure of the Internode & Agile company group.”

At the time, Hackett emphasised that his new status as a major shareholder of iiNet itself would mean that Internode would not “just disappear into iiNet without trace”, and that there was little reason for the company to harmonise its broadband plans and offerings with those of iiNet, as other companies subsumed into iiNet — such as Netspace, Westnet and AAPT — had in the past.
However, over the months since the acquisition, iiNet and Internode have increasingly tied their operations together.

Late last week, iiNet confirmed that one of Internode’s most high-profile executives, current chief technology officer John Lindsay, would take up a position as CTO of iiNet, replacing Greg Bader, who left the CTO position recently to become iiNet’s head of its growing business division. Lindsay was seen as one of Hackett’s main lieutenants and had succeeded Hackett himself in the Internode CTO position earlier this year. He previously acted as Internode’s carrier relations manager for a decade to March 2010, when he achieved a higher profile as the company’s general manager of regulatory and corporate affairs.

With the departure of high-profile executives Matthew Moyle-Croft and network engineer Mark Newton from Internode’s ranks in September, the only remaining executive at Internode who has a high public profile as a commentator in the telecommunications industry is Hackett himself.

iiNet chief executive Michael Malone noted in a brief comment on the appointment by email that it was the third time that Lindsay had been iiNet’s chief technology officer, having served in the position twice throughout the mid to late 1990’s. “I’m now delighted he’s moving to take over tech for the group, a role that’s been vacant since Greg took over Business in July,” Malone said. “Being iiNet’s CTO is the most exciting technology job in Australia,” added Lindsay.

The news came after iiNet last week also announced the merger of the 3FL and games.on.net Internet gaming platforms which had separately been operated by iiNet and Internode respectively. The new merged platform will combine “the best features” of both and will retain the games.on.net brand name, according to an iiNet media release issued last week. “By combining iiNet and Internode resources and staff, we can offer the latest news, reviews and interviews plus more than eight terabytes of files, trailers, mods and patches and a 10,000 player capacity,” iiNet chief product officer Stephen Harley said last week. “The best bit is that all servers, files and content will remain in place so it’ll be an easy transition for our customers.”

Internode content manager, Heidi Angove, said the combined forces of iiNet and Internode would change the Australian gaming landscape for the better. “Premium titles, a plethora of servers with a choice of rulesets, fast gameplay and excellent editorial. Together we’re committed to be the best possible ISP for gamers in Australia,” Angove said. The merge is expected to be complete by July 2012.

iiNet and Internode have also integrated a number of other areas of their businesses since the acquisition was finalised earlier this year.

In March iiNet introduced Internode’s data blocks feature to its own broadband plan structure, and then several weeks later iiNet also dumped the on-peak/off-peak split of its broadband plans, offering customers the same base system as Internode has long promoted for its own plans. Both moves came after Internode announced its intention in February to migrate customers using wholesale offerings from rival companies like Optus and Telstra to iiNet’s ADSL infrastructure where possible. With similar moves occurring on iiNet’s end, the move effectively integrates the ADSL infrastructure owned by the two broadband companies.

However, iiNet and Internode do retain separate operations in a number of areas. The pair’s wider plan structures remain separate, and each has a slightly different product offering set.

opinion/analysis
When reading of and considering the latest actions taken by iiNet in its integration of Internode, I felt continually reminded of the overall philosophy which iiNet has with regard to competition in Australia’s telecommunications sector.

As best highlighted through this recent omnibus feature I produced on the subject, iiNet’s view in general appears to be that real competition in Australian telecommunications will only be provided once industry giant Telstra is substantially attacked by rivals, with the sector’s available market share split up more evenly between its players. Right now, Telstra still has a huge market share in Australian fixed telecommunications, with the remaining portion being largely owned by iiNet, TPG and Optus.

Secondly, iiNet has always appeared to feel that competition in Australia’s telecommunications sector is best served by better customer outcomes. In this sense, iiNet has never viewed its acquisitions of rivals such as Westnet, Netspace, OzEmail, Internode, AAPT’s consumer arm and so on as harming competition in the sector, because, it has argued, those customers will get a better overall deal as part of the broader iiNet group than they would have with the companies remaining separate.

I agree that Telstra’s market share is an issue in the sector, but I do not agree with iiNet’s view that better outcomes for customers through acquisitions is the same thing as increasing overall competition in the sector.

My view of competition is that this ideal is best served by having a multitude of strong, innovative companies in the marketplace, offering a variety of different solutions to customers. What we’re seeing right now with iiNet’s integration of Internode is a weakening of competition. Previously, amongst my peer group, most people really only chose between iiNet and Internode when it came to their broadband connection, eschewing companies such as Optus, TPG and Telstra because of their lack of innovation and often lesser customer service levels compared with iiNet and Internode.

iiNet may not have harmonised Internode’s broadband plans with its own. But increasingly, it is harmonising lots of other areas of its former rivals’ offering with its own. First came the integration of ADSL infrastructure, then iiNet adopted some of the best aspects of Internode’s broadband plans, and now the two will share a gaming platform, a value-added service which, I would argue, Internode has always done better. The shift of John Lindsay to the iiNet group will also radically diminish Internode’s public profile in the regulatory space. Overall … I think in a year or so there will be very little competitive difference between iiNet and Internode for customers.

Now, I don’t want this article to be all doom and gloom. After all, customers of both iiNet and Internode are still getting a great broadband service, and the quality of that service is likely even increasing, following the Internode acquisition.

But I do want to highlight the fact here that iiNet is not leaving Internode as a separate company, as both said it would during the acquisition. Slowly but surely, Internode is being subsumed into iiNet as all of iiNet’s previous acquisitions were. And with that action, dies a strong competitor in Australia’s telecommunications market, and one of the only companies which was keeping iiNet (itself, one of the only decent mid-range players in the market) honest in the first place.