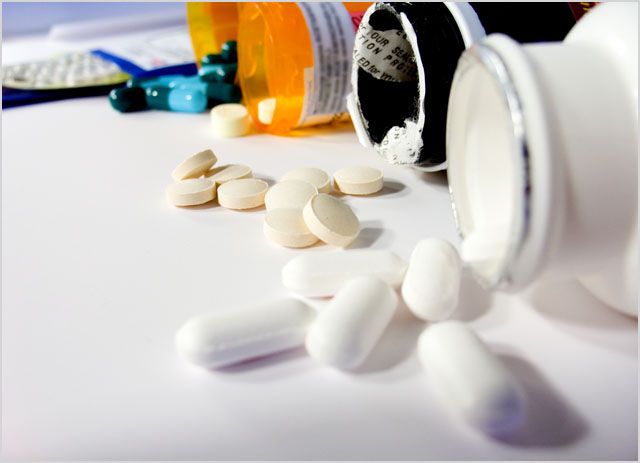 news The Victorian State Government has reportedly decided to walk away from its troubled central electronic health project HealthSMART, which has reached only a limited number of its goals over the past decade since it was initiated, despite soaking up several hundred million dollars worth of government funding.

The HealthSMART project was initiated under the Bracks Labor government back in 2003 with a pricetag of $323 million and a due date of 2007. In July 2010 it was reported that it had since had another $37 million pumped into it, with the due date gradually extending, and in November last year the Victorian Ombudsman reported that the project would cost another $243 million to complete.

Pearson also found that targets for implementation were too ambitious. “Had there been more realistic estimates of the capability of the sector to implement technological change in a compressed period and a better appreciation of the poor state of information technology assets in health services, the Department of Human Services would have more effectively managed expectations around the timing of the roll-out of the strategy,” he said. At the time, Pearson said: “Despite these issues, HealthSMART still has the potential to fulfil the original vision of a patient-centric model of healthcare, supporting public sector health clinicians with knowledge and technology. However, to date, that vision has yet to be fully realised.”

Late last week a number of media outlets quoted Victorian Health Minister David Davis as stating that the State Government had now scrapped the project. The ABC quoted David as stating that it would now be up to individual hospitals to determine what their IT needs were in future. “We will no longer mandate particular health ICT projects,” he reportedly said. “There will be targeted approaches and we will work with health services in the forthcoming period.”

Similar e-health records problems have also been experienced in other states, with few government health departments in Australia having successfully tackling the issue so far. However, despite the problems, the Victorian branch of the Australian Medical Association, which represents doctors, last year called for the State Government to continue to invest in e-health initiatives. “Improved ICT will not solve all the problems in our health system, but these problems cannot be solved without improved ICT,” the AMA said at the time.

The AMA wanted the funding spent on an Apple iPad tablet for every doctor, which could display electronic drug charts, medication management systems and patient records, as well as funding specifically allocated to roll out medication management systems, build better interfaces between hospitals, general practitioners and aged care providers, and build wireless support in hospitals.
In addition, the group advised steady, recurrent funding could be spent on up to date computers for use by medical staff, remedying a lack of standardised software between hospital networks and providing for the replacement of “sub-standard hardware and software systems”. “To build these missing links in Victoria’s ICT systems, we need to ensure that there is adequate ongoing investment,” the AMA wrote. “AMA Victoria recommends recurrent funding of $60 million per annum to ensure an adequate level of ongoing investment.”

The news comes as the Victorian Government continues to suffer wide-ranging problems relating to ICT governance. In November last year, Victoria’s Ombudsman handed down one of the most damning assessments of public sector IT project governance in Australia’s history, noting total cost over-runs of $1.44 billion, extensive delays and a general failure to actually deliver on stated aims in 10 major IT projects carried out by the state over the past half-decade.

opinion/analysis
Firstly, let me say that it has been expected for some time that the Victorian Government would walk away from HealthSMART. With a decade and hundreds of millions of dollars to deliver the project and only a handful of implementations to show for it, this is truly a project which needs to be canned or at least substantially modified, and I think most people will applaud the move. I’ve been getting inside leaks and reading audit reports on HealthSMART for half a decade now and I’ve never been of the belief that it was really getting anywhere.

However, setting that aside, I think the following phrase, published by the ABC last week, should strike horror into the hearts of every public sector IT worker in Victoria (quoting Health Minister David Davis):

“He says it will be up to individual hospitals to work out what suits their own computer needs in future.”

It is clear that HealthSMART’s centralised approach was the wrong one. But let me say this in the strongest possible terms: An approach which simply lets every hospital decide how to run its own IT systems is also the wrong one, and represents the opposite end of two bad extremes.

I say again: It turned out that a completely centralised e-health strategy was not the answer to health IT problems in Victoria’s health public sector. But neither is stepping away from those problems entirely and letting each hospital solve their own problems. That will result in an even greater tragedy down the track — mark my words.

I think much of the difficulty in e-health at the moment is related to the relative immaturity of the technology platforms available in this area, coupled with a similar immaturity when it comes to the integration of those platforms in clinical environments.

Hospitals are complex environments with complicated, highly-specific business processes, and the feedback I have received repeatedly over time from many in the health IT sector is that often the available software platforms (iSOFT, TrakHEALTH, Cerner and so on, to name a few) are not quite mature and flexible enough yet for the task at hand. And when you try and implement these platforms in hospital environments, the medical workers are often highly reluctant to change their work practices to accommodate the new systems. So you often get a worse of both worlds scenario — where the technology can’t quite adapt right to the needs of its users, and where the users themselves won’t quite adapt right to the needs of the system.

These are problems which every government health jurisdiction in Australia is grappling with, right now — and, no doubt, many private sector health organisations. And these are tough problems. But walking away from them entirely, as Victoria’s State Government appears to be doing, is simply not the right answer. That represents an abrogation of responsibility which Victorians will pay a high price for in the long term. I would say I’m glad that I don’t live in Victoria — but then, NSW isn’t doing much better in this area.