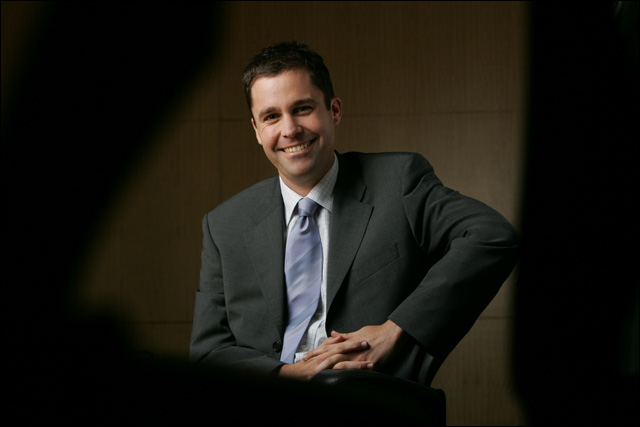 news The annual $27-billion boost to Australia’s productivity from internet innovation is at threat from policymakers who would rather restrict online access than embrace it, Google’s Australia boss has warned.

The head of Google Australia and New Zealand, Nick Leeder (pictured), said he was particularly troubled by restrictive policies from governments in China and Iran, but also by previous efforts from Australia’s Labor government to introduce internet filtering legislation.

His comments echo remarks by Google co-founder Sergey Brin, who told the Guardian at the weekend that freedom of the internet was under attack from governments that tried to control access and communication by their citizens, attempts by the entertainment industry to thwart piracy, and the rise of “walled gardens such as Facebook and Apple, which tightly control what software can be released on their platforms”.

In a speech delivered at the University of Technology, Sydney, Mr Leeder said he was “obviously pretty concerned by some of that stuff. You hear about productivity benefits – as an example, it’s really hard to get productivity growth in Australia, and then you look at the benefits that the internet economy has delivered in terms of productivity in a very short space of time. Every time you place red tape, you ask what’s the cost, what’s the risk, what are you suppressing in terms of creativity?

“And I think that’s where we would really favour a softly-softly approach. Wait and let things emerge. Because otherwise you’ve lost. The opportunity cost is completely unknown. We really favour a lot of openness.”

Mr Leeder joined Google last year as local managing director after stints at Fairfax Media and then News Ltd, whose boss Rupert Murdoch has attacked Google for aggregating news content and also accused the internet giant of tacitly supporting music and film piracy. News Ltd has spent millions lobbying for US legislation to stop piracy on the internet.

But Mr Leeder said research by Google and Deloitte Access Economics showed the internet was contributing more than $50 billion to the gross domestic product of Australia. In 2015, that figure would rise to $70 billion. By then, the internet would be responsible for 270,000 jobs across the country, he predicted.

“Just to put that into perspective, that means it contributes roughly the same amount as the iron ore exports to the Australian economy,” he said. “The internet delivered over $27 billion in productivity benefits to businesses and government each year. In households, the numbers get even bigger. The added convenience that people get from being able to use the internet at home to do things like banking, shopping is worth $52 billion to households. Even … the ability to search stuff that you just previously couldn’t get your hands on – the consumer value of that is around $7 billion.”

For policymakers, the challenge was to see how things unfolded and resist the inevitable calls to restrict behaviour and content on the internet, Mr Leeder said. “When it comes to new media and the role it plays, the smart approach is to let things unfold a little bit and not jump to conclusions. The risk is that we squash a lot of innovation and stifle productivity.”

Mr Leeder conceded that the advent of the internet was not “all butterflies and beer”. It had wrought rapid and dramatic changes that had destroyed many businesses. “The problem is we only hear about the pain. We don’t hear about the good stories that we can learn from. “[The consulting firm] McKinsey did a report last year looking at the impact of the internet on the economy, and they found that for every job that disappears, over 2½ jobs get created. So there is pain, there is transition, but overall this is a positive change for the economy.”

Mr Leeder compared Kodak – a company that “got things terribly wrong” because it failed to innovate and eventually went into bankruptcy earlier this year – to Australian company Eastman Digital, a company that got things “terribly right”. “It doesn’t have the resources of Kodak, it never had the opportunity to hire expensive management consultants to tell them about the future … What Eastman realised was that people, despite this digital thing, still wanted to get physical copies of the photos that they had.

“People weren’t going to photo shops with their rolls anymore, but they were perfectly happy to upload photos that were on their Facebook pages to their website and get them printed out. Today these guys [at Eastman] do about 1,000 orders a day for albums, calendars, canvass prints.”

Whereas 14 months ago only 35% of Australian small and medium businesses had websites, now it was more than 50%, Mr Leeder said. “So small Australian business are certainly getting the picture that it’s important to be online.”