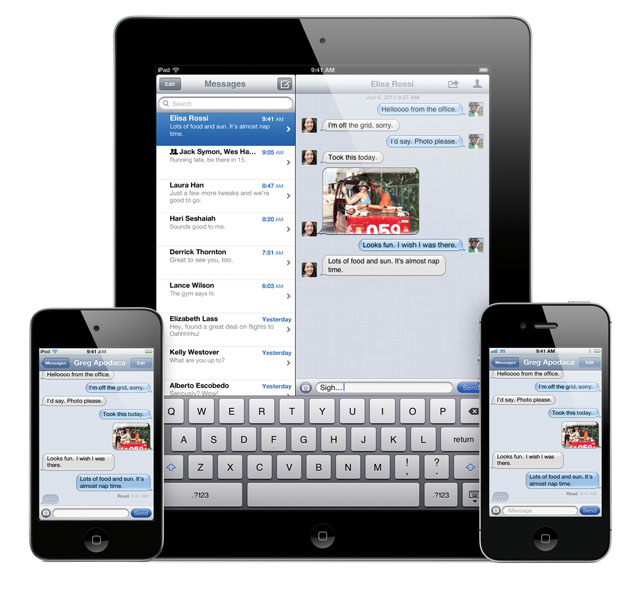 news Corporate executives are increasingly carrying around multiple devices at work, new research from the University of Sydney has revealed.

Most executives carried two smartphones, as well as a tablet and possibly a laptop with them every day, showed research jointly carried out by Dr Kristine Dery, a senior lecturer at the University of Sydney Business School, and Judith MacCormick of the Australian Graduate School of Management.

The results of the survey is quite divergent from a view held by some in the technology community that executives would carry just one integrated technological device for work as well as for personal uses. While the new trend raises challenges and security issues for the CIOs and IT departments, for the executives a main benefit of multiple devices is that it helps create much desired boundaries between work and private life. The researchers also pointed out the possibility of a future work environment where all technology could be privately owned.

Dery and MacCormick interviewed global banking executives in 2006 and again in 2011/12 and revealed a surprising increase in the prevalence of carrying ‘technology toolkits’. This practice contradicts movements encountered by the researchers in 2006 that indicated that executives would carry one integrated device for all work and personal communications. All surveyed executives now carried two smartphones, with most carrying other devices as well.

“While all of the executives we interviewed had been issued with a company smartphone, the security firewalls meant that the technology had significantly reduced capabilities,” said Dr Dery. “So to expand both work and non-work functions, such as access to social media, executives were also carrying their personal smartphone.”

This, in turn, had unexpected outcomes for both employees and CIOs. “Most executives chose to carry their personal devices to enhance mobile connectivity, but in doing so they also discovered an interesting side effect: the technology itself is helping to create those much sought-after boundaries between work and non-work activities,” said Dr Dery. “This means that the inconvenience of having to hold two smartphones is, in many instances, offset by the ability to create some degree of separation between work and home life.”

However, for the organisation’s CIO and IT department, mobile technology proliferation poses new challenges. According to Dery, identifying and managing security issues arising out of the large array of private technologies are now a major concern for IT departments that also have to manage traditional IT issues around standardisation and connectivity. IT departments, which in the past preferred all company technology to be standard, must now adapt to the large number of private devices.

“This trend also brings about the possibility that there will one day be a work environment in which all technology is privately owned. It is now easy to imagine a future where business professionals supply their own tools of trade, and IT departments will have to change their focus and skills accordingly,” added Dr Dery.

opinion/analysis
You really have to wonder how long this trend will continue. I mean, I think it is very likely that many executives will be carrying around both an iPad and some form of smartphone for the foreseeable future. However, with the capabilities of modern smartphones increasing rapidly, is it likely that Australians will continue to carry around two smartphones, one for work, and one for home? This seems like a problem which could easily be solved through having different identity profiles on the same smartphone. That is, it’s a software problem — not a hardware problem.