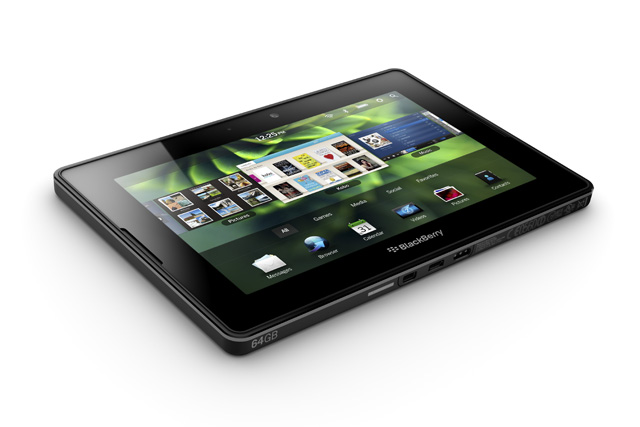 National mobile carrier Vodafone has released a limited amount of information about how it will price Research in Motion’s BlackBerry PlayBook, noting the device will be available bundled on a single monthly plan with the BlackBerry Bold 9780 handset and will launch next week on June 29.

Up until this point, the only information available about the PlayBook’s pricing in Australia has been that Research in Motion revealed several weeks ago that the tablet would sell through all of Australia’s major mobile carriers (Telstra, Optus and Vodafone) as well as retailer Harvey Norman. The tablet is slated to be available in three different models, with stand-alone priced starting from $579.

This afternoon, Vodafone revealed it would launch the PlayBook, along with a BlackBerry Bold 9780 handset, on a range of plans on both 12 and 24 month contracts, starting from a minimum monthly spend of $59 a month — with both devices included. A Vodafone spokesperson said the Bold 9780 was the only smartphone the PlayBook would be sold with. The plans outlined today are for the 16GB model only, with Vodafone not yet offering the 32GB or 64GB models of the PlayBook.

The bundle fits in with the PlayBook’s method of accessing the Internet — the tablet does not feature the ability to connect to a 3G mobile network directly. However, it can be tethered with a BlackBerry smartphone for 3G access, however, and can also connect to Wi-Fi networks; meaning it will be able to utilise the shared 3G connections of other smartphones using Wi-Fi. This is a feature of many Android devices, as well as Apple’s iPhone.

In addition, the PlayBook at launch does not feature email and calendaring functionality unless it is paired with a BlackBerry smartphone, through a software process named BlackBerry Bridge and both devices’ in-built Bluetooth connection. However, extra functionality in this area is expected to arrive on the PlayBook shortly, with the platform being rapidly developed.

Users can, however, utilise the PlayBook’s Wi-Fi capability in order to connect to shared 3G connections through other smartphones.

CNET gave the BlackBerry Bold 9780 a review of 7.5 out of 10 in February this year. The review house described the phone as being a “beautiful” phone, but also noted that the new BlackBerry OS 6 operating system was more featured to touchscreen phones such as the BlackBerry Torch.

Note: In the table below, where it says “Does not include BIS”, this appears to refer to data charges associated with the BlackBerry Internet Service, which allows BlackBerry users to access email inboxes through a BlackBerry Enterprise Service. Further conditions are available at Vodafone’s site. 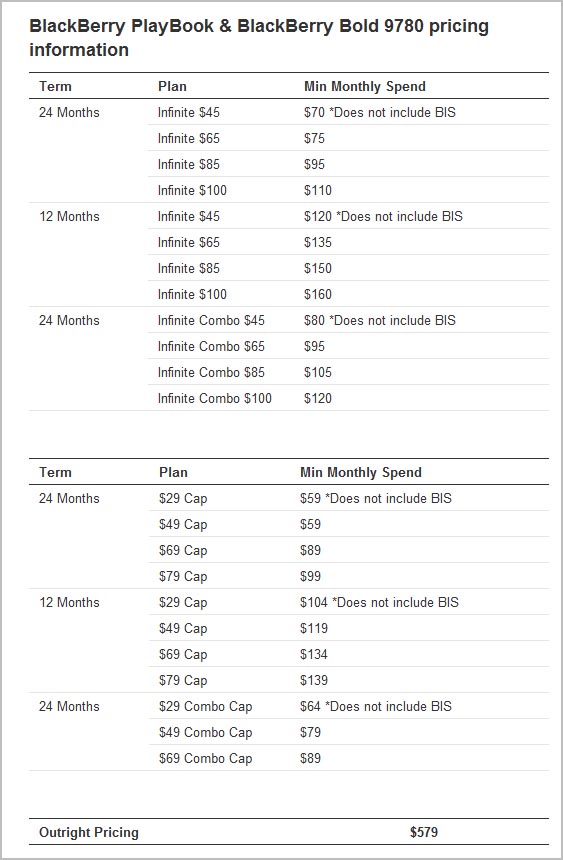