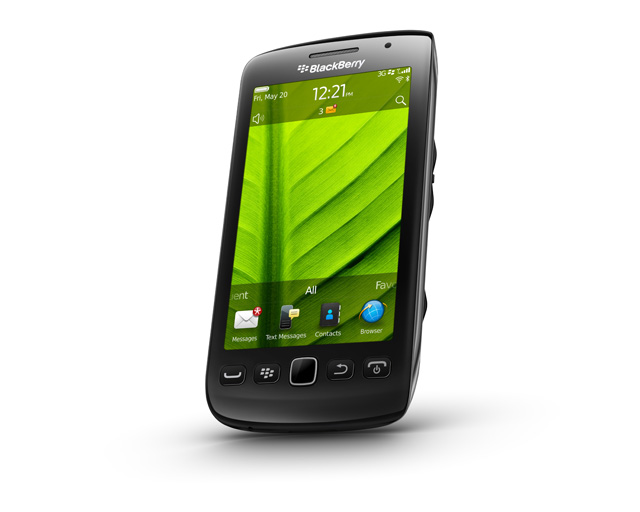 Optus will be the first Australian carrier to exclusively sell two of Research in Motion’s new BlackBerry devices announced overnight.

The carrier has confirmed that Research in Motion’s (RIM) new iPhone-like BlackBerry Torch 9860 and BlackBerry Bold 9900 will go on sale in Australia from the 1st of September through its retail outlets, online store and distribution channels. A spokesperson for Optus said today that it will have a 45 days of exclusivity on the handsets before any other Australian carriers can sell the two devices.

Both the Torch 9860 and Bold 9900 will be the amongst the first devices to be made available for sale running BlackBerry’s new update for their operating system, BlackBerry 7. BlackBerry 7 offers a number of new and improved features, including an all-new web browser which offers HTML5 support, augmented reality and voice controls allowing users to search without typing.

The 9860 features a 3.7″ touch display, which is the biggest screen ever for a BlackBerry device, as well as a 1.2GHz processor, 768 MB RAM, 5MP camera, full 720p HD video recording, a flash and over 4 and a half hours battery life talk time. There’s also no physical keyboard on the device.

Consumers interested in the Optus handsets can pre-order today, with government and corporate officials encouraged to contact their Optus Account Manager to confirm their interest. Pricing will be revealed closer to the launch date.