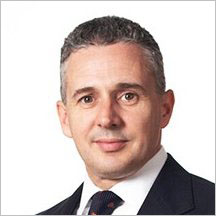 news Australia’s largest telco Telstra has announced that Andrew Penn would take over the position of Chief Financial Officer and Group Managing Director, Finance, starting March 1st, 2012. This follows a June announcement that Telstra’s long-time CFO John Stanhope would retire at the end of 2011.

Telstra also revealed that Mark Hall, the current Deputy CFO, would act as CFO and Group Managing Director, Finance between January 1st, 2012 and February 29th, 2012, before Penn takes over.

Andrew Penn has substantial experience as chief executive and chief financial officer, with a career extending over 30 years. The last 20 of these were with AXA Asia Pacific in a range of strategy, finance and executive roles, most recently Group Chief Executive.

David Thodey, Chief Executive Officer welcomed Penn to the new position. “Andy has extensive experience in Australia and overseas, a proven track record of success as a Chief Financial Officer, and a demonstrated ability to create shareholder value in complex businesses,” Thodey said. Penn will be reporting to Thodey and be a member of Telstra’s CEO leadership team. “I am looking forward to joining the team at Telstra and I am very excited by this great opportunity in a dynamic industry,” Penn said.

Thodey thanked John Stanhope for his service to Telstra over 40 years, including eight years as CFO and Group Managing Director, Finance & Administration. “On behalf of his colleagues, I would like to acknowledge John’s enormous contribution to our company over four decades, and wish him and his family the very best for the future,” Thodey said. Stanhope will leave on December 30th and retire as a Telstra board director too.

Penn was Group CEO of AXA Asia Pacific between 2006 and 2011. His other roles at AXA included that of Chief Operations Officer for Australia & NZ, Chief Executive for Asia, CEO for Australia & New Zealand, and Head of Transformation.

Penn previously held a variety of positions at the P&O Shipping Group in London. Most of his previous assignments have involved sound corporate finance responsibilities. He has successfully managed value-adding transactions in Australia, New Zealand, North America, Europe, and across Asia.

UK-born Penn migrated to Australia in 1992. He has four children and resides in Melbourne, where he will continue to be based. Along with his business career, Penn has contributed extensively to community and not-for-profit organisations. He serves as a director of the Juvenile Diabetes Research Foundation Advisory Council and the Big Issue Advisory Group. He is Chairman and foundation board member of Very Special Kids and is an Amy Gillet Foundation Ambassador.