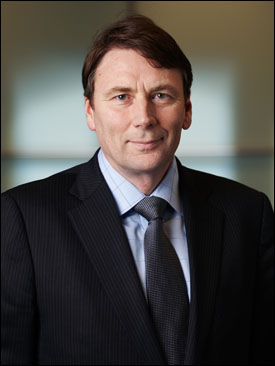 David Thodey might have taken a step up to become Telstra chief executive a little over a year ago, but the executive’s overall remuneration package has not benefited from the jump, according to Telstra’s annual report released today.

Thodey took the Telstra reins from outgoing chief executive Sol Trujillo in May 2009, stepping up from his role leading the telco’s enterprise and government division. According to Telstra’s annual report released today, he picked up a total of $3.1 million in the 2010 financial year, compared to 3.5 million in 2009.

However, the chief executive did win a much higher basic salary — $1.9 million in 2010, compared with $1.2 million in 2009. But he didn’t pick up the same level of short-term cash incentives in the past year — a year in which Telstra’s share price sank through the floor.

Thodey’s pay package is also much smaller when compared to that of his predecessor. Trujillo picked up $13.4 million in the 2008 financial year, although that number dropped substantially to $9 million the following year.

Other highly paid executives within Telstra’s ranks include chief financial officer John Stanhope, whose package also shrank — down from $3 million last year to $2.3 million this year, and chief operations officer Michael Rocca, who won $3.1 million in 2010, up from $2.3 million the year before.

The chief executive of Telstra rival Optus beat out all of the Telstra executives in the 2010 year, however — Paul O’Sullivan picked up $4.5 million for the year. His base was much smaller than Thodey’s, however — at around about $1 million.