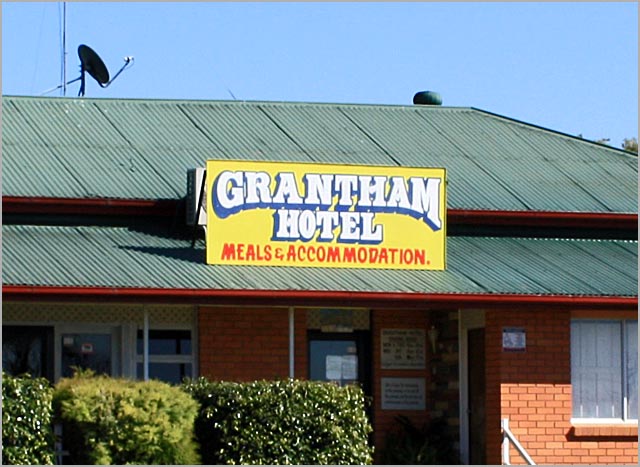 news Internode has switched on high-speed broadband at the first newly completed house in a subdivision of Grantham. The Queensland town is under reconstruction, with 150 residents moving to higher ground, after it was destroyed by floods in January this year. This makes the newly connected home the first to link to the National Broadband Network in South East Queensland.

Anna Bligh, Queensland Premier launched the new estate in an official ceremony on December 10th. Along with NBN Co and FetchTV, Internode is providing three months of free access to high-speed broadband, NodePhone telephony and the FetchTV Internet Protocol Television (IPTV) service to the new occupants of the house.

Over 130 homes in the Grantham valley community of 360 residents were damaged and 10 people were killed during the floods. In the struggle to recover, it was feared that Grantham would be abandoned because some residents were unable or unwilling to rebuild.

Jim Kellett, Internode Product Manager called the free set-up and three-month access to the NBN, phone and FetchTV a small housewarming gift for the new residents of the house. NBN Co had promised that by Christmas, Grantham residents and business owners would be able to access the Internet at speeds of up to 100 megabits per second, which is 10 times faster than most Australians can.

FetchTV provides a high-definition, three-tuner set-top box and personal video recorder that can access dozens of free-to-air, digital and Internet-streamed TV channels. FetchTV’s video-on-demand accesses a wide range of popular movies and television shows. Users can control FetchTV with a dedicated remote control or with an iPhone, using a free, easy-to-use app from the iTunes store.

Kellett reckoned that the FetchTV service would help the new house feel like home right from the beginning. “Broadband is central to how families lead their lives today, so giving this family immediate, no-cost access to broadband and a phone service is a meaningful way we can assist them to re-establish their lives in Grantham,” Kellett said.

Archie Wilson, NBN Co Head of Rollout Engagement added that the switching on of the NBN at Grantham would open up important opportunities for residents to operate their businesses, engage with the wider world and educate their children. “It’s only fitting that a national infrastructure project that will eventually benefit all Australians could be mobilised to help those most in need of reliable telecommunications,” he said.

The Courier-Mail reported Locker Valley Regional Council Mayor Steve Jones calling this fantastic news. “This comes at a fortunate time as we look to re-establish the commercial hub in negotiation with business owners, regarding relocation to higher ground,” Jones said.