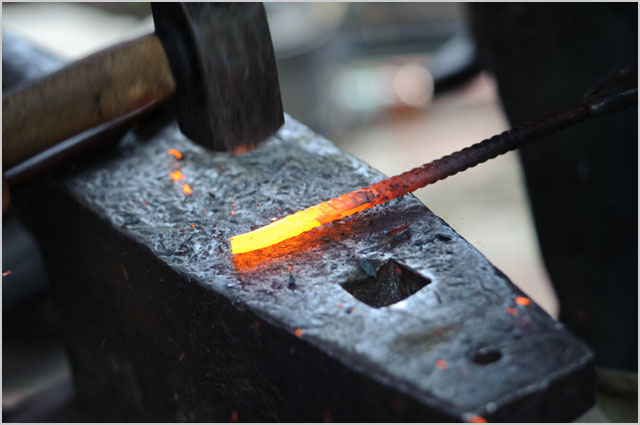 opinion In September 2010, Tony Abbott set one of the Coalition’s most senior politicians loose on Labor’s flagship National Broadband Network project, with instructions to wreck and “demolish” it. Fifteen months later, with Malcolm Turnbull’s credibility in the portfolio in tatters and his arguments falling on deaf ears, it is clear that mission has failed, with his criticism having only clarified and strengthened the NBN policy.

For me, the history of Turnbull’s thought process and line of argument in the portfolio can be traced back a month before his appointment as Shadow Communications Minister, to a landmark public forum he held at the Paddington RSL in August 2010. I remember the day well. It was a cold and blustery afternoon, and a friend and I had made the trek down to Paddington to hear Turnbull speak. The focus of the event was not actually the NBN; Turnbull had called the event in order to hear views from his electorate on another controversial Labor policy: The mandatory Internet filtering scheme.

But while the filter was discussed long and loud, it wasn’t long before talk turned to the NBN as well.

Questioned about the issue, Turnbull delivered a refrain which would become common over the next 15 months. His argument revolved around three key issues: The cost of the network, its imposition as a Government monopoly on the free operations of the telecommunications market, and the idea that its underlying fibre to the home technology may not be the right one, both because Australians may not need the 100Mbps speeds which it will provide, as well as the remarkable growth of wireless alternatives.

At the time, Turnbull’s ideas were fairly revolutionary, coming from the Coalition.

The MP’s predecessors in the shadow communications portfolio had largely been bit players in the national political arena — figures such as Tony Smith and Bruce Bilson, who made little to no impact on the national telecommunications debate. Where higher profile figures such as Nick Minchin had held the role for the Coalition, they had largely been seen as negative forces which didn’t really engage with the debate or provide any alternatives to Labor’s popular NBN policy.

Turnbull’s appointment to the portfolio changed all that.

Even before he was officially confirmed as Shadow Communications Minister a month after the filter forum, Turnbull had demonstrated a level of engagement with the debate and an understanding of the dynamics of the telecommunications sector which was a level exponentially higher than his predecessors.

By flagging issues such as the cost of the NBN, the popularity of wireless, the lack of demand for 100Mbps speeds and the impact of a new government monopoly on the telecommunications sector, Turnbull — for the first time in the NBN debate — provided the conservative side of politics with a bunch of weapons with which to attack Labor. His sky-high level of popularity with the general electorate also rocketed the NBN issue in general into the top of the national debate.

Following educational visits to the world’s most broadband-saturated countries in Asia, Turnbull has also taken the Coalition’s own broadband vision further than ever before, proving that he can not only oppose telecommunications policy but also propose some of his own. As I wrote at the time, there was much to like about the more minimalist telecommunications vision which Turnbull outlined in August this year.

Then too, over much of his period in the portfolio, Turnbull has been extraordinarily successful in opposing the incumbent minister, Stephen Conroy. It’s been highly enjoyable watching Turnbull mock Conroy repeatedly over the past 15 months, from offering to teach him “Economics 101”, to telling NBN proponents to “lay off the Kool-Aid” and describing the NBN as similar to communist Cuba. The Member for Wentworth has a wonderful way with words.

However, I think we need to take a step back from this process and look at the outcome after 15 months.

Turnbull’s argument about the cost of the National Broadband Network has largely become moot. Although opinions differ about the exact amount of capital expenditure required for the initiative, debate in this area has died down as Australians have started to see the infrastructure of more than an investment with eventual social, economic and even direct financial returns.

Turnbull’s argument about the nature of the NBN as a monopoly being imposed on the telecommunications sector has largely become moot, with virtually every major telco — even including Telstra — supporting the policy. Debate in this area has died down as NBN Co has navigated its way through the ongoing sea of complaints and issues about its operations.

Turnbull’s argument about the lack of demand for 100Mbps speeds has largely become moot as Australians have started to wrap their heads around future telecommunications requirements and have started to better understand high-bandwidth applications such as IPTV, telehealth, online education and more. Debate in this area has also died down.

Now, all of these debates have been furiously fought in Australia over the past half-decade. However, what we have witnessed over the past several months has been a calming down of the discussion. A consensus is emerging that the NBN policy has weathered the storm of controversy which has raged around it over the past few years.

Nowhere is this calm more evident than in the end of year wrapup rant which Turnbull published earlier this week. In it, the Shadow Communications Minister doesn’t further develop any of the Coalition’s previous complaints about the NBN, because those complaints have been debated and addressed exhaustively over the past 15 months. Instead, Turnbull is reduced to publishing a series of quibbles.

NBN Co isn’t transparent enough, he writes, although the company’s CEO, Mike Quigley has been nothing but, and tirelessly so. NBN Co’s financials aren’t solid enough, he writes, although that issue has been addressed through countless reviews and projections after projections. And the rollout is not what it should be; despite the fact that it’s actually going rather well, and with no real deal-breaker problems so far.

All of these things are mere quibbles; skirmishes around the edges. Right now, Turnbull is finding himself flat out of substantial arguments when it comes to the NBN policy. Why? Because, through a democratic process of debate and argument, all of the possible arguments about the NBN have been debated back and forth over the past several years; and many of those arguments could now be described as having been objectively settled, with a fairly large consensus existing.

As I have previously noted, the Coalition’s rival NBN policy as announced was pretty good. It was a credible , fiscally conservative and more minimalist alternative to Labor’s NBN project, and it was precisely what the NBN debate needed at that point in time. Its publication helped clarify Labor’s own NBN strategy and keep it accountable.

However, as I have also written, Turnbull has done nothing to develop or further outline the Coalition’s policy since it was released almost six months ago. The effect that this has had upon it is pretty stark. While Labor has substantially addressed all of the criticisms of its NBN policy over the past few years, the Coalition has not done the same. Turnbull has not continued to push his policy in public, outline it further or respond to criticism. This has had the consequence that it has largely been rendered obsolete; out of sight, out of mind. Australia has moved on.

One further item is worth noting. Turnbull’s personal credibility — while very high with the general population — has likely hit record lows in the telecommunications sector at this point. The MP’s incessant personal attacks on Mike Quigley earlier this year, his constant repetition of his core arguments (increasingly against the consensus) and now, with his line of arguments reduced to minor issues with the NBN policy; all of these things are affecting Turnbull’s ability to get the Coalition’s message out when it comes to telecommunications policy. I believe the Member for Wentworth’s relative silence on issues in his portfolio over the past few months constitutes evidence that he realises this fact.

What does all this mean? For the Coalition, it’s bad. Turnbull’s attempt to “demolish” the NBN has only succeeded in flushing out the strongest arguments against the policy and having them refuted. For the Government, things are great: Its NBN policy is even stronger than before Turnbull was appointed, and it has addressed all of the substantial arguments against it.

But perhaps most importantly, Turnbull’s failure as Shadow Communications Minister is a success for democracy. In any age where all political debate tends to turn cynical quickly, the Australian debate over the NBN has illustrated that out of the fire of vitriolic political discussion, good policy may be tempered and clarified. And that can only be good for the nation.