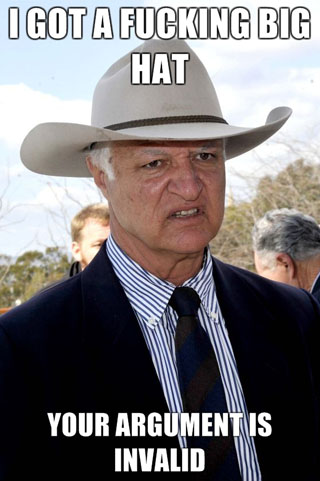 blog Over at the Sydney Morning Herald, apparently veteran journalist Stuart Washington has made an *extremely complex* argument for why the National Broadband Network is a silly policy. He writes:

“I wait, say, a couple of years, and get a service that is broadly the same price as I am paying now. The new service allows me to do more of what I am already doing and to do it faster, although my existing service offers me enough for what I am doing right now. That doesn’t sound particularly compelling to me, yet it’s the basis for $36 billion in spending.”

Thank you for your commentary, Stuart. It brightened my day. However, I wanted to draw your attention to the fact that the National Broadband Network project is broadly intended to resolve, as I understand it, the following policy aims:

In your article, you appear to have addressed none of these. Your argument to the effect that I don’t need it personally, therefore the entire NBN policy is a waste of space is therefore invalid. In addition, we recommend you do some more research before writing your next commentary. We’ve just had half a decade of debate about the NBN policy. You don’t appear to have read a single jot of it.