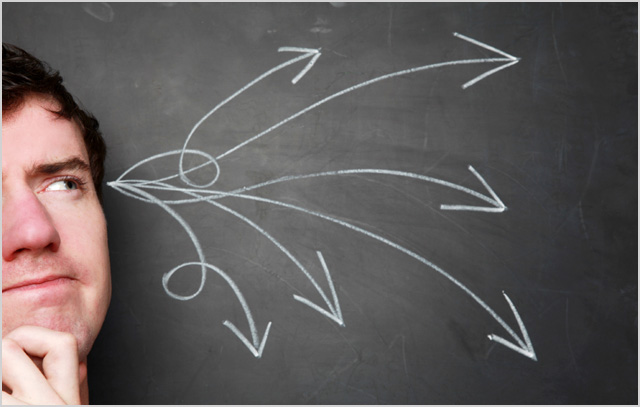 opinion As I’ve previously written, the concept of shaping users’ broadband speeds once they’ve exceeded their monthly quota, as currently proposed by ISPs, is an unsavoury anachronism from the ADSL days which has been unthinkingly ported into the fibre world of the NBN. We don’t like it; so here’s five alternatives to current NBN shaping models.

If you look closely at the current NBN pricing plans proposed by the ISPs who have released them so far, it’s not hard to see why many people object to the whole concept of shaping so much. The top speeds available under the NBN fibre currently range up to 100Mbps, but if you exceed your monthly quota, the ISPs will throttle you down to 512kbps (Exetel), 256kbps (iiNet) and a miniscule 128kbps under the worst offenders Internode and Primus. The shaping speeds get better when you sign up for some business plans, but only slightly so.

Such shaping speeds might have been relatively acceptable when customers were using ADSL2+ connections, where speeds top out at 24Mbps (although most people can’t get more than 16Mbps or so), but cutting users’ speeds down from a potential 100Mbps to the worst case of 128kbps is just plain ridiculous.

There is simply no way, in 2011, that anyone who needs to access broadband from home for work, education or even participating in basic community activities would be able to get anything done with 128kbps, which is barely faster than a dial-up modem. It’s just not possible – and the situation is even worse when you consider a family household with a number of different individuals needing to access the Internet. You know, the kind of scenario that the Federal Government loves to hype up so much.

Because of this, all of the proposals which we’ve outlined below focus on allowing customers who are high downloaders to still achieve the outcomes which they want (a boatload of traffic at a reasonable price), while still allowing ISPs to, you know, make reasonable profits, which is why they exist.

1. Increase shaping speeds
This one seems like a no-brainer, and it’s one that we’re going to be campaigning for over the next few years, until shaping speeds higher than 512kbps are a reality.

The simple fact of the matter is that 256kbps and 512kbps shaping speeds were set at that level because those were the (completely artificial) speeds which Telstra set up ADSL at (along with 1.5Mbps) when it first started selling this type of broadband. When ADSL2+ was rolled out, the idea that customers who exceeded their quota would be shaped to ADSL1 speeds caught on, and it’s one that has persisted ever since. We’re not quite sure where the 128kbps number came from … ISDN perhaps? We just know we really don’t like it.

So we’d propose some new tiers, more appropriate for an NBN world:

If you think these speeds are pretty high, consider that they maintain the same theory behind ADSL2+ shaping. They restrict customers on one technology, in this case fibre, to the speeds available on legacy technology — ADSL2+. And I will bet you a pretty penny that customers shaped to these speeds will still be pretty unhappy about it. In addition, if you think they’re too high, I’d be interested to know what you think appropriate shaping speeds should be — feel free to post your thoughts in the comments.

If you’re an ISP and think these speeds are too high, consider that your main concern here is going to be that customers are getting data quota free, while you’re paying for it. In that case, why not raise the issue in public and start a debate over it, as Internode chief Simon Hackett did with NBN pricing a few months back? The Federal Government, after all, wants fast speeds for everyone. Perhaps different ‘shaped’ pricing can be negotiated with NBN Co. There’s no reason the company should charge a flat rate for everything. Let’s get granular.

This one also seems like a no-brainer. The overwhelming majority of those who download huge amounts of data to their home and business connection are currently doing so through a very small set of applications. You know the culprits I’m talking about. YouTube, BitTorrent, gaming platforms such as Steam, Xbox Live and the PlayStation Network (not playing games, but downloading game files). For some people, Usenet newsgroups even comes into the picture.

If one connection is downloading a massive amount of data, why not block these specific platforms for a period, say a week, as defined by a concrete acceptable usage policy, or until the customers’ new quota cycle kicks in? Or even just rate-limit those specific services, so a customer can get access to them, but not at an immense cost to ISPs? After a few days, when the users’ profile reaches a more acceptable range, the services could open up again.

An important idea here is that these services are predominantly entertainment-focused. I see it as acceptable to limit customers’ usage of really high-bandwidth entertainment-focused platforms for a while if they’re using them dramatically more so than other customers (for example, downloading dozens of movies that nobody would actually have time to watch). Of course, customers should always have the option to completely unlimit their services by paying more. And ISPs should welcome that option as well — more money for ISPs is always good, from their point of view. The key factor here is choice.

3. Fine-grained control over quota
Right now, most ISPs just provide one big block of monthly download quota. If you go over the block, all you can do is upgrade your plan, or, in a few cases, add on temporary quota packs to get through the month. However, aren’t there a bunch of alternatives here?

Why set a monthly limit on quota usage? Why not set a quarterly, six monthly or even yearly quota, as is now common in the mobile industry? I just bought 12GB of quota for my iPad from Telstra, which expires after 12 months. Why can’t I do the same with a broadband plan from iiNet or Internode? Let’s say, several terabytes of quota,that I could use throughout the next year. If I ran out of quota, I could buy add-on packs.

You’d obviously need to bolster the amount of data contained in add-on packs. Internode currently offers add-on packs up to 50GB, for example. But this clearly needs to be bolstered dramatically — with recharge packs starting at 50GB, perhaps, and ranging up to several terabytes. The idea here is that ISPs are locking customers into just one way of paying for services, where they could be offering many options, to suit each customer. It’s a competitive market. Innovate.

4. Focus on the heavy users
ISPs have complete access to customers’ address data. They have to — to connect a broadband service to their premise. So why not divide up their customer base into regions, do away with monthly quotas entirely, raise basic prices to compensate, and merely shape those customers in each discrete region who, for example, represent the top five percent of downloaders?

When a customer hits the top five percent and has their connection shaped, the ISP should contact that customer to let them know, and offer remediation plans. Offer them extra quota during the middle of the night, highlight cheaper mirrored data repositories located in Australia instead of overseas, offer them special ‘high downloader’ plans that would cost more but wouldn’t get shaped, and so on.

What I’m saying here, is don’t penalise everyone for the high-downloading activities of a few. Uncap broadband for the masses (who mostly won’t use that much quota). And for the top five percent, try and squeeze more money out of them, rather than penalising them too far for what is, after all, simply using broadband for what it’s designed for. This is a ‘mainstream’-style approach which is fairly popular internationally, but not really well implemented in Australia just yet, although the likes of TPG and Dodo are trying, with their ‘unlimited’ plans.

5. Simply charge per usage
During the NBN trials in Tasmania, Exetel unveiled a revolutionary pricing plan, proposing to charge customers a small monthly fee of zero dollars for a 25Mbps connection, $15 for a 50Mbps and $25 for a 100Mbps connection. Usage of that connection would then be charged at a flat rate of $1 per gigabyte downloaded.

Although the ISP subsequently backed away from the model, this pricing plan still makes tremendous sense, as it’s precisely the way that NBN Co will be charging ISPs for wholesale access to its network — a set monthly fee per customer, known as the Access Virtual Circuit, plus charges for Connectivity Virtual Circuit (CVC) backhaul charges.

Why shouldn’t customers be charged the exact same way? This basic system would see customers charged for the actual data they consumed, no matter if it was 25GB a month or 5TB. There’s no need to shape customers — you just pay for what you use. Perhaps as you get towards the high end, customers would receive a discount on the charge per gigabyte, to account for volume.

To sum up, I know that I haven’t worked through these models in detail in this article. To be honest, I do not have the technical knowledge or insight into NBN and ISP pricing structures needed to be able to discuss pricing in an NBN world at the level of detail which many of you would like. I am forced to leave that sort of detailed discussion to the likes of ISP chiefs such as Simon Hackett or Michael Malone, who have a much better understanding of the inputs which go into their business costs.

However, what I’ve tried to do with this article is highlight some alternatives to current ISP NBN shaping models which I think might form a starting point for discussion. I sat down with a mind map this morning and kicked around a dozen or so wacky ideas which could help to change the way that broadband shaping is done in an NBN world. Most of the ideas were crap. But at least I was thinking outside the box about the issue — which is more than most ISPs can say at the moment. And I’m hoping many readers and ISP executives will jump in and contribute more details as to how some of these ideas could work in practice.

Because I can tell you this. If I was paying for a 100Mbps fibre broadband connection to my house, and my ISP rate-limited me down to 128kbps, I wouldn’t just be hopping mad … I would be livid. Once the pipe is turned on, I don’t want it to get turned down. I want that NBN goodness to come gushing out of the tap whenever I want it. And ISPs need to realise that fact and start structuring their plans accordingly, instead of just copying them across from legacy ADSL frameworks, which, in 2015 … will look incredibly dated.