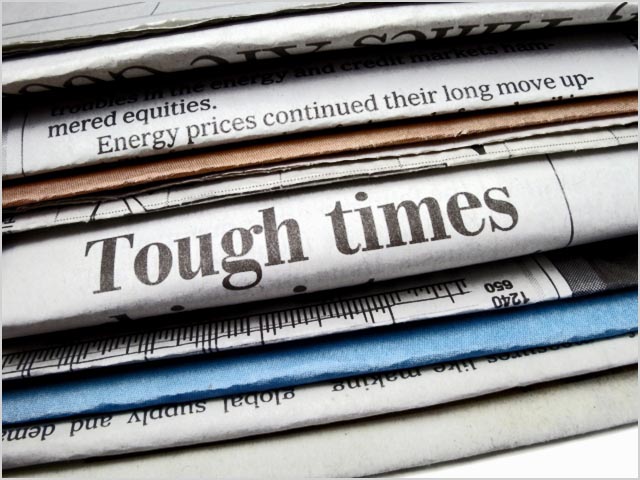 opinion Over the weekend, I received a flood of outraged comments accusing me of not taking the costs of ISPs into account in my article exploring alternatives to the current speed shaping models being proposed by ISPs for the National Broadband Network.

At the heart of the matter is my belief that it is ridiculous for ISPs to simply apply the same shaping model used on ADSL networks to their NBN pricing plans, when the top-line speeds available under the NBN are at least four times than available under ADSL2+. I believe that it is unfair to shape NBN users down to 512kbps, 256kbps or even 128kbps once they have exhausted their quota.

In this context, I called for shaping models to be re-examined and proposed a number of alternatives. However, a number of readers immediately cried foul.

“If you want to leech, PAY FOR IT!” screamed one commenter. “Plain and simple!!” Another, Nic Crouch, said the point of shaping was “to frustrate you” into signing up for a higher value plan. “Don’t like it? Get a bigger plan,” Crouch wrote. “This is a very egalitarian socialist approach which simply doesn’t work in the real world,” was the way another reader characterised one of my proposals. “Renai, you and other journalists don’t seem to get it. The NBN is not equal to the Internet, and isn’t going to make the Internet cheaper — in fact it is going to make it more expensive for ISPs to deliver,” wrote a fourth reader.

On Twitter, former Internode network engineer Mark Newton went further, claiming the presence or absence of the NBN made “no difference to the economic reasons for shaping” and that for users, the best option was to buy a quota that was big enough that they never got shaped. “How is it in a user’s best interests to have their ISP perform badly and go broke?” Newton asked.

The general thesis of most of those who criticised the article was to argue, essentially, that customers are relatively stupid but still capable of making their own decisions. To massage customers into paying the right amount each month for the amount of data they use, so the argument goes, ISPs need to apply both a large stick (shaping customers’ speeds) as well as a carrot (the lure of increased quota on a higher plan). The side effect, of course, is that most customers will be paying for at least some quota that they don’t use, as they come in under their monthly tally on a regular basis.

Now all this is very well and good. I don’t disagree with this argument in general, and I also agree that care needs to be taken by ISPs to ensure their businesses are sustainable in an NBN world. However, as often happens in Australia’s telecommunications sector, I am also concerned that those making this argument may have locked their minds into a little box and are refusing to consider that alternatives to this carrot and stick approach already exist.

To illustrate this argument, let’s compare the ADSL broadband plans offered by several of Australia’s largest ISPs, TPG and Internode.

Internode’s approach to broadband pricing is clearly the ‘carrot and stick’ model described above. The company gives customers complete transparency into its costs, offering them different pricing options depending on whether they use its own ADSL infrastructure or that of Telstra or Optus, and it then offers a large number of tiered quota points to choose from. If a customer exceeds their quota, they can easily go up to a new plan, or buy a ‘data block’ to tide them over until the end of the month.

This model clearly assumes a certain degree of intelligence on the part of the customer, mediated by the ‘carrot and stick’ shaping/upgrade model to keep the customer within the bounds of Internode’s profitability. A worthy compromise, you might say.

Unlike Internode, TPG clearly assumes that its customers are pretty stupid. The company does not provide much transparency into the costs which make up its broadband services, and it appears to prefer that customers simply let it make its choices for them. The company consciously guides customers towards its ‘Unlimited’ plans with no quota restrictions by pricing them the same or very similarly to its plans with discrete quota amounts. Dozens of plans? Data blocks? Whatever. TPG customers can just set and forget when it comes to broadband.

So what’s going on here behind the scenes? It’s very simple.

I haven’t talked to the company about it, but I am betting that TPG has used its many years’ worth of experience in Australia’s broadband industry to build up very complex prediction models on how much quota its customers soak up monthly. It has then applied that figure to its customer base as a whole and calculated how much it needs to charge each account monthly in order to continue to make a profit. That figure, combined with a home phone, appears to be something close to $60 for TPG — whether you bundle or don’t bundle.

Now, on the face of it, this appears ludicrous. There is no doubt, after all, that a company like Internode would baulk massively at the idea that it could make any kind of profit at all from charging customers $60 a month for unlimited amounts of broadband. On an individual customer profitability basis, this just doesn’t make sense.

But it’s important to realise that what is going on here is cross-subsidisation. TPG has likely calculated that a huge proportion of its customers do not download more than something like 20GB a month, and that it will make more than enough money from them to subsidise that small proportion of customers who download something closer to a terabyte. It’s a nice little trade-off which allows TPG (and others like Dodo) to bundle up this calculation into the sort of ‘Unlimited’ marketing offer which will give customers complete peace of mind. Quotas become an anachronism of the past and customers just use what quota they use, without worrying that they’ll run out.

Meanwhile, TPG makes profit. A lot of profit. In the last financial year (PDF), the company chalked up net profits of $78 million off revenues of $574 million. Not bad for a year’s work.

What this little example illustrates is several points which are very important to the NBN shaping debate. Firstly, the ‘carrot and stick’ model which focuses on the individual profitability of broadband customers (and stimulates the need for shaping) is not the only model possible. Cross-subsidisation is another very prevalent pricing model in Austraila’s broadband market, and there is no reason to believe it will not exist in one form or another in an NBN world.

This goes some way to implying that higher shaping speeds ought also to be possible in an NBN world without sending ISPs bankrupt, as decently improved shaping speeds (say, 5Mbps as an example) will be in the realm of existing lower ADSL speeds.

The elephant in the room, of course, is the fact that ISPs do not yet have enough customer data to make the NBN cross-subsidisation calculation that TPG and Dodo already have with respect to ADSL. The NBN will unlock vastly higher speeds and better latency, and ISPs will not be able to plot average customer behaviour on a graph — and profitably allocate averaged prices — in the area for some time to come. It may be that the average customer will download dramatically more using their NBN connection than on ADSL — and that ISPs’ ability to soak up data costs will be diminished as a result.

What this lack of data will likely mean is that in the medium-term — say, the next few years — most NBN plans will focus on the ‘carrot and stick’ model, until they get better information. However, I am betting that after that point, as the NBN pricing market starts to mature, cross-subsidisation models will emerge, and strongly so. The gradually decreasing cost of international and domestic backhaul traffic will also aid in this trend. There are a lot more fibre cables being built around Australia and from Australia right now, with the effect that capacity will gradually become cheaper as more competition enters the market.

When this happens, the existence of cross-subsidised plans will likely force up shaping speeds for those using the carrot and stick model as well. When you’ll eventually be able to get an ‘unlimited’ NBN plan, those ISPs peddling tiered quota packages will find it harder to justify radical shaping speeds of up to 512kbps. I think it likely that to retain customers, they will need to drive shaping speeds much higher.

Thoughts? Queries? Extended rants? The comments box is your oyster :) I would particularly welcome comments from ISPs on my reasoning here. As I’ve previously mentioned, as a journalist I deal primarily with top-line trends. I do not have the knowledge to make this argument down to the exact dollars and cents level ;)