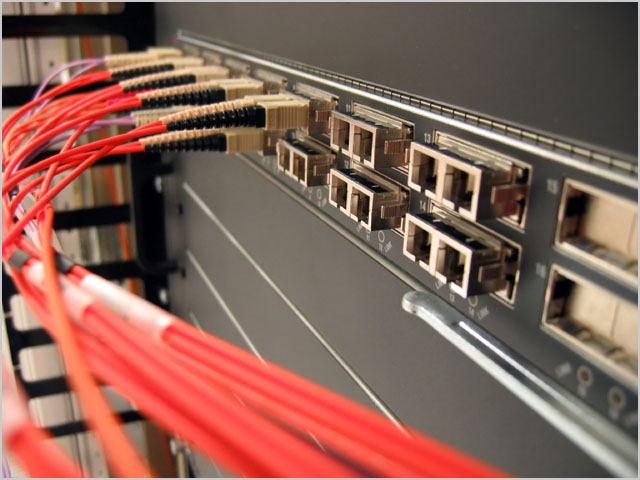 news National broadband provider Internode has substantially modified its National Broadband Network pricing on the eve of the launch of commercial services on the fledgling fibre infrastructure, cutting the prices on some of its plans and delivering extra options to customers in other areas.

When the company unveiled its first tranche of NBN pricing plans in mid-July this year, it was the first to do so. At the time, the company’s plans at certain tiers, especially the 25Mbps speed level, were seen as comparable to current ADSL broadband pricing. However, the company also came under fire due to the high cost of its top-level plans, which ranged up to $189.95 for a 100Mbps plan with a terabyte of data quota.

The new plans unveiled this afternoon have seen between $10 and $30 a month cut out of most of the company’s plans. The cuts have had the effect that Internode’s highest plan no longer reaches towards the $200 mark, with the same 100Mbps terabyte plan now costing $164.95. In addition, Internode has cut its 200GB quota plans out, replacing them with 600GB options that now sit squarely between its 300GB and terabyte plans.

The net effect of the changes, according to Internode, is that the 200GB tier of plans have had their quota increased to 300GB, while the previous 300GB plans have have their quota doubled to 600GB. The pricing differential between the company’s previous 300GB plans and its new 300GB plans is substantial. Unlike most other ISPs offering NBN services, Internode does not force customers to use their quota in certain on- and off-peak periods. However, as with other ISPs, once customers have exhausted their data quota on the Internode plans, their connections will be speed-limited until they increase their quota or the end of the monthly tracking cycle arrives.

Internode has also removed the requirement to bundle a voice telephony service with a broadband plan, allowing customers to take a voice service as an optional extra that starts with a zero dollar monthly line rental ‘pay as you go’ plan and ranges up.

In an emailed statement, Hackett said a lot had changed since Internode first released its NBN pricing in July. “Those changes include significant improvements in the pricing model for NBN CVC access during the initial ‘ramp-up’ years of the NBN rollout that have allowed us to reassess both our price points and the pricing structure that we are deploying for the commercial NBN commencement point (October 2011),” he wrote.

“The new pricing un-bundles voice services, improves quota value in the mid tier of the plan table, and reduces the cost differential to access higher speeds.”

“It retains the ‘use anytime’ aspect of Internode plans, and its important to appreciate that a peak/off-peak pricing structure versus a use-anytime one reflects a situation where “5+5 (when your ISP says you can use it)” really is NOT the same as ’10, anytime”. For instance, a 600GB ‘use anytime’ quota is a pretty good match for a “500GB on peak / 500 GB off peak” plan, in the real world.”

Internode will also offer customers discounted prices on three of its fibre-ready broadband routers when they sign up for an Internode NBN service – including $50 off the price of an entry-level Netcomm router or $100 off the cost of one of the company’s flagship Fritz!Box routers. The new NBN plans may be ordered now, and will be deployed starting from next week.

“Existing Internode NBN trial access customers across Australia will be contacted by Internode over the coming few months to change them over to their choice of plans from this commercial plan set,” the company said.

opinion/analysis
Well, we asked, and Internode delivered. Reaction from Whirlpool commenters to the new Internode plans has so far been universally positive, and I have to say the company’s 300GB monthly plan at 50Mbps for $84.95 is looking very tasty. I would now say that Internode’s plans are quite competitive with the plans released by iiNet and Exetel, and they clearly blitz Primus’ dated options out of the water.

Furthermore, with the release of its plans today, Internode has clearly identified what was a significant weakness in the plans being offered by its competitors: The mid-range. iiNet, Exetel and Primus don’t really offer plans with data quotas between about 200GB and a terabyte. But Internode does. It has a very nicely priced range of 300GB plans, and a significantly tasty bunch of plans at 600GB for $20 extra a month.

I personally have no doubt that data usage in an NBN fibre world will increase quite rapidly, and Internode’s new plans seem aimed at that scenario much better than the plans of its competitors, which seem aimed primarily to match current ADSL pricing options. In this sense, Internode is the only real ISP to have started to escape the ADSL framework trap which I have been writing about in recent weeks.

Another interesting factor when you consider the difference between the two major ISPs, iiNet and Internode, comes down to whether you agree with Internode’s idea that quota which can be used at any time is better than on-peak/off-peak divided quota.

To illustrate this point, if you look at iiNet’s pricing, you’ll notice that it has just two plans which geeks and families would consider viable options – a 100GB/100GB plan, and a very nice looking 500GB/500GB (at 100Mbps, it costs just $99.95 a month) plan. The 20GB/20GB plan probably doesn’t have enough quota for those scenarios at this point – especially in a fibre world.

What iiNet is betting on is that customers will be willing to sacrifice their ability to use their quota at any time, for cheaper prices. But what Internode appears to be betting on is that customers will pay a little more to be able to use their quota at any time of the day or night. It’s a fascinating little debate – but again I have to come down at the moment on Internode’s side. iiNet’s meat and potatoes is clearly going to be in family situations where the household just wants enough quota to “be safe” and not to have their connection shaped or forcibly upgraded.

Of course, at the really high end, if you’re willing to accept its on-peak/off-peak restriction, iiNet is still slaughtering Internode. iiNet’s 500GB/500GB on-peak/off-peak plans are still dramatically cheaper than Internode’s non-time-limited plans — $65 a month cheaper, at the extreme terabyte level at 100Mbps. If you want to pull down 600+ gigabytes of data per month, and you are smart enough to be able to schedule your downloads for the wee hours of the morning, iiNet is still a better bet than Internode.

The other interesting thing about Internode’s plans is that they also appear to undercut Exetel slightly in many areas (typically about $5, but quota is a bit different), depending on whether you include an extra modest telephone line rental charge. Of course, Internode’s plans don’t go as low as Exetel’s at the low end, and Exetel’s don’t go as high as Internode’s at the top-end, but in the middle, it’s a very even match.

This is a fascinating scenario as Internode is usually more expensive than Exetel, which is seen as a cut-rate provider. If Internode can challenge Exetel and iiNet in the mid-range, which is where we’re betting most of the NBN business will be, the ISP should do very well indeed. Internode’s position here also leaves very little space for Telstra and Optus to come in to the mid-range. I expect both will focus highly on bundling NBN services with mobile plans. Otherwise, I doubt they will be able to compete strongly with the other ISPs. Their costs are usually too high.