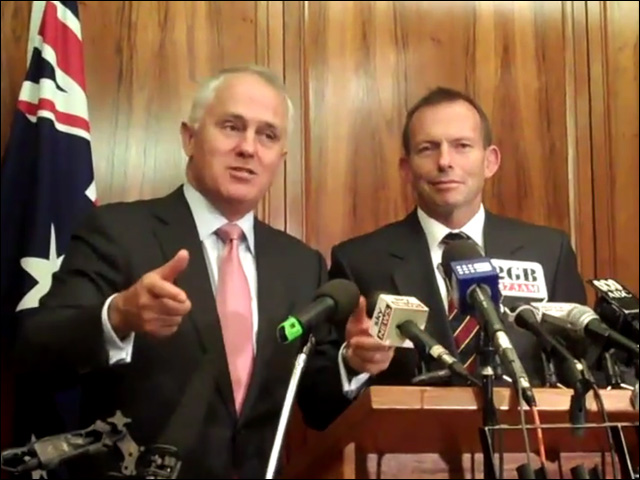 blog It was only several weeks ago that Shadow Communications Minister Malcolm Turnbull claimed search giant Google and others were in “a conspiracy against the taxpayer” because they were supporting the NBN, because it would benefit their business and they wouldn’t have to pay for it to be built themselves. And now he’s done it again.

At the Broadband World Forum in Paris this week, according to an article posted on the conference’s site, Turnbull spoke directly after Google’s head of its own fibre program, Kevin Lo and said the following:

“Google has got a massive interest in building these networks and that’s why they’re a supporter of the NBN. If I was to build a 10-lane freeway all around my country and only allowed the trucking companies to use it. Then all the trucking operators would say to me, Malcolm – you are a visionary.”

After noting the “technical enthusiasm and exuberance” associated with the NBN, but also its high costs, the Liberal MP also reportedly turned to Lo and added regarding taxpayers’ money: “If you can make a buck out of it, god bless you, let us all know the secret.”

To be honest, I find it hard to disagree with Turnbull — Google, and other companies who provide online services, definitely have an interest in pushing for massive government funding of telecommunications networks. However, if the politician wants to get the technology sector on side, it’s perhaps not the best idea to go around slamming one of its shining lights so publicly. Basically everyone in Australia’s technology sector, after all, has an interest in seeing the NBN be built. Well, perhaps not Telstra … although its chief executive David Thodey seems pretty keen on it ;)

For those that are interested, Turnbull did give a wider speech at the forum about the NBN and the Coalition’s own telecommunications policy. We’ve heard it all before … but if you want a refresher you can read it online here.