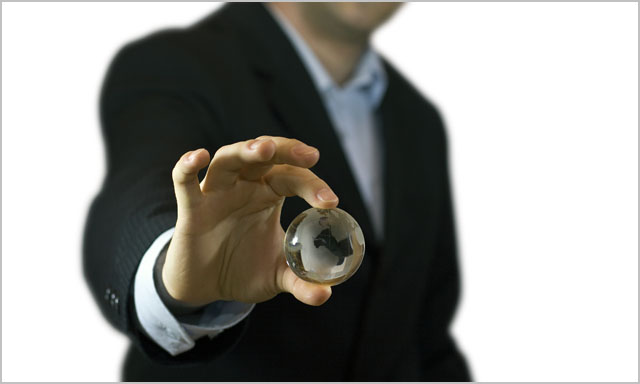 blog Fascinating post here on TechCrunch by Aaron Levie, founder and chief executive of Box.net, which is a bit like an enterprise-focused version of file sharing company Dropbox. If you work in enterprise IT and buy stuff, go away and read it. You won’t be wasting your time.

There’s a lot of things I like about Levie’s thinking, because it broadly sums up much of the change beginning to raise its head within enterprise IT purchasing circles in Australia at the moment. It’s as if the ‘agile’ paradigm of software development is also taking over the way chief information officers and IT managers think about the way they buy goods and services for their businesses.

A couple of thoughts here in particular struck me. Firstly, writes Levie:

“Enterprise software vendors have long enjoyed a counterintuitive, but highly lucrative, reward system. Its buyers are different from the ultimate users, and each group’s needs are radically different — traditionally, enterprise technology has been designed with the sale to the CIO in mind, and this produces solutions that are inevitably feature-bloated to “satisfy” the vast majority of a customer’s requirements.”

We see this kind of thing in Australia constantly. A big hallmark of government purchasing is the generation of extremely complex request for tender or proposal processes, the publication of which results in vendors trying spend months and months putting together responses that attempt to tick every tiny box listing a requirement which the government needs.

However, in government and in most other large organisations, most of the users very rarely use more than a small subset of the organisation’s requirements. In this sense, the purchasing initiative being driven by CIOs is quite divorced from its actual end outcome.

It’s because of this disjunct that vendors like Salesforce.com have become quite successful (although not, yet, in Australia’s public sector). Salesforce.com knows that most of its customers only use the same small subset of features again and again. By providing those features through an ‘instant-on’ software as a service capability and also building a platform which third-parties can innovate on, it can serve the needs of both basic and advanced users, without the substantial integration migraines generated by so many business software projects.

It’s not always important to build huge, incredibly functional replacements for your existing enterprise systems when they reach end of life. Sometimes you can quickly implement more basic ones to get core functionality working, and then innovate them rapidly until they’re doing almost everything the old systems were — but in a much cheaper and more flexible fashion.

“With web-delivered, freemium or open source solutions, we’re seeing viral, bottom-up adoption of technology across organizations of all sizes. And while the ultimate buyer remains the same, the chief adopters of technology are now the individuals within an organization looking for quick, easy ways to solve their most pressing business problems.

This is also changing enterprise software buying patterns. Enterprises are tired of six to twelve month sales cycles that leave them with a solution that ultimately fails to gain traction. They’re beginning to focus on working with technology that their employees are already using or familiar with.”

Although it’s slow, we’re also starting to see this kind of thing in Australia. Suncorp chief information officer Jeff Smith, for example, said last year that his company was trying to devolve some purchasing decisions back into the teams which were using the actual tools being bought.

“Our job as leaders is to give them advice but not to make decisions,” Smith said at the time. “Now as communities meet over Yammer or Sharepoint or that kind of thing, they make the decisions once a month, and they come to me and my leadership team and they make their recommendations and ask for funding.”

What Levie — and other innovative thinkers in Australia and the US — are trying to get to right now is a more flexible and responsive model of buying enterprise IT goods and services. Most of the discussion around this in Australia is currently taking place in the context of cloud computing. But there’s more to it than that.

The long-held frustration by users at not being able to install commonly used tools like Firefox at work, the BYO PC phenomenon which is gathering steam in Australia, and even a gradual shift away from physical phones on desks and towards softphones — these are all indications of a wider transformation in enterprise IT purchasing.

To be honest, I’m not sure where it’s going right now. But it sure is interesting to watch.