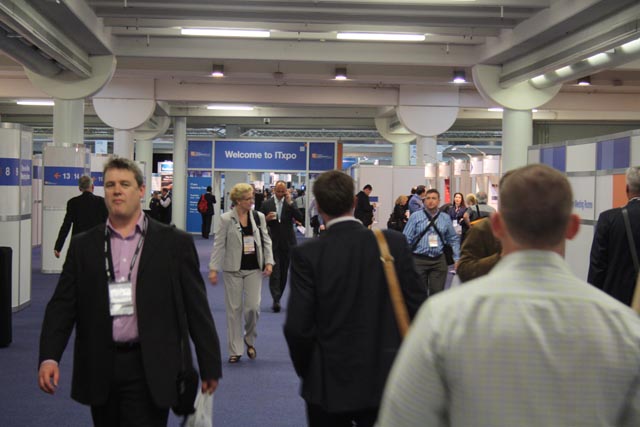 It’s 9:30 AM in one of technoloy giant IBM’s Sydney offices on a spectacular Autumn day, and a trio of Australian chief information officers are discussing the evolving future of their profession with a bevy of the journalists who cover their industry.

Back and forth the debate goes as those around the table sip their morning coffee — serious themes and ongoing issues are tossed up and passed around, jokes and laughter lighten things up, and you can see the passion in the eyes of those who care about technology and its potential to change the world.

But something’s missing this week.

Five to ten years ago — or less, in some circles — the conversation would have revolved around technology itself. Oracle versus SAP. Microsoft versus Linux. Software as a service versus on-premises deployment. Whether unified communications can deliver on its promises, and what place legacy mainframe infrastructure has in the modern business. The three letter acronyms would have buzzed around the table like a swarm of busy bees.

But this week’s discussion is different. Instead of talking about technology, the IT chiefs in the room discuss business. Leighton Contractors CIO Diane Fernley-Jones laughs with her counterpart at Boral, Greg Palmer, about how much effort it must take to administer Boral’s extensive truck fleet. Veda Advantage CIO Tony Kesby talks about the financial services industry and how legislation may shortly free up the amount of information his company can provide to its customers — major lenders.

Fernley-Jones says if she looks back in her career, for many years the team she worked in was seen as “the guys in the back” who “turned the handle” on the systems keeping her company’s general ledger up to date. “We were not really seen as integral to the business,” she says. But those days are gone.

Today, the CIO says, other executives in her business are coming to her and asking her to work directly with them to help streamline business processes and push positive change through. “We’ve got to do things smarter,” she says. “We cannot take a business model we were using ten years ago and use it moving forward.”

It’s the same situation with Kesby, who says traditionally, the CIO role has been seen in the industry more as the “head of IT” rather than as a general executive role in the business. Now, he says, there is a definite alignment between CEOs and CIOs in businesses, with a business focus permeating throughout IT departments.

“IT people are increasingly leaving the toolkit at home and bringing the briefcase,” he says.

This alignment of organisation’s IT functions and their overall primary mission is clearly having an impact. Palmer notes that in Boral, the safety of its staff is paramount and comes into every discussion. Consequently, he says, the company’s IT team has been able to improve the safety of its trucks by using technology to track every vehicle in its fleet on its journeys — logging how long they’ve been on the road, when they stopped and so on.

Along the way, the efficiency of the fleet has also been boosted — for example, as soon as a truck unloads its cargo, it sends a signal back to head office so that time isn’t wasted between jobs.
Kesby notes his company has already done all the back-end integration work in preparation for long-awaited legislative change that will open up the amount of information it can source and provide. The way he talks about the initiative implies it’s something obvious — of course Veda’s IT team would be ahead of the wider game in its industry.

This changing role of the modern Australian CIO — from engineer to facilitator, from tech-head to business leader — is something IBM and a host of other organisations have been tracking as well. Big Blue’s strategy and change leader, Matt English, says the company’s recent study into CIOs globally (the company conducted interviews with executives around the world, including the trio who attended its roundtable on the subject this week), showed this change in action.

There was a “very strong alignment” between the views of the CEOs and CIOs in the study, he noted. Both were very focused on both the rate of change as well as the complexity coming into their work going forward.

But is that alignment new?

“I think you could almost look at this as a coming of age,” says English. “I don’t think we’ve particularly seen the closeness of alignment [before] that we’ve seen in this particular study.” Going back to a similar study in 1997, the IBM executive notes, chief executives were quite divorced from the IT priorities of their businesses.

Much of the change is coming from the recognition from all parts of businesses about how technology is changing every aspect of how modern work is conducted — from the way we communicate in the workplace, to the way business processes take place and even hiring practices.

Fernley-Jones says there’s a recognition in her business that more investment needs to be made on IT. “It isn’t just turning the handle and keeping the lights on — which perhaps is the way we were looking at it inside Leighton Contractors ten years ago,” she says.

However, all three CIOs in the room agreed that trust — to have a seat at the executive table and be part of big business decisions and projects — has to be earned by technology specialists.
According to Fernley-Jones, going back four to five years, she often received enquiries from her business about problems with its helpdesk, or about a communications link being down. CIOs need to build stability, credibility and trust, she says — larger conversations can come after the basics have been worked out.

Palmer agrees, noting that it’s an evolutionary process. An issue in his business had been getting data links and applications to perform, he says, adding his team kicked off an internal campaign to bolster its systems and get things back on track. Other issues have included focusing on keeping new systems vanilla as they’re rolled out, to ease later changes, setting up best practices in enterprise resource management and more.

“We had a two-pronged strategy of what we called front-line effectiveness and transactional efficiency,” the CIO says.

It’s obvious that serious positive change can occur in Australian organisations of any size once that trust has been earned. The Commonwealth Bank of Australia, for example, is perhaps best known in Australia’s technology industry for its gargantuan $1.1 billion revamp of its core banking platform, but it has also had a major focus — as have other banks like Westpac — over the past several years on cutting down the number of top-level, ‘Severity 1’ outages in its business. It’s possible without this level of stability, the bank’s technology team led by CIO Michael Harte might not have had as much support for the wider revamp project.

Of course, despite the role of the Australian chief information officer being more mature and aligned than in the past, there are still challenges ahead — after all, much of the enterprise technology paradigm is currently being revolutionised by the promise of cloud computing and software as a service. And some old habits will die hard.

“We used to get hammered a lot for using three letter acronyms in IT — now we solved that as we’re using five,” Kesby jokes: “CLOUD”. Some things will never change.