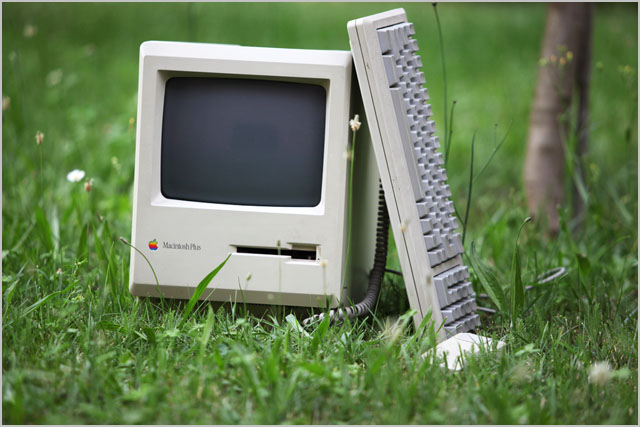 opinion Right now chief information officers and IT managers right around Australia are facing a difficult decision regarding one of the most critical but also trouble-plagued segments of their IT infrastructure — their desktop fleets.

There are a number of forces coming into play here.

Perhaps the simplest of these is the traditional operating system generational change that we’re all used to by now. With the release of Windows 7 in late 2009, Microsoft has finally delivered a worthy successor to its ageing but still dominant Windows XP platform; and organisations right around Australia are eyeing off this long-awaited upgrade with relish.

However, the case for simply upgrading a bunch of legacy PCs to new hardware running Windows 7 is not as easy a decision as one might have assumed even two years ago. Today the whole paradigm of the desktop PC itself is under siege from a number of angles.

As Australian organisations start to reach the 100 percent server virtualisation mark (and Australia is one of the keenest adopters of this technology in the world), IT workers are looking around for other parts of their IT infrastructure to virtualise, and desktops are a logical next step.

Only this week, NSW electricity utility TransGrid emarked on a 50 user desktop virtualisation project, and it’s not alone. The National Broadband Network Company, the Department of Defence, the Department of Health and Ageing, and the City of Cockburn in Western Australia are all going down this virtualised desktop path.

These organisations are not playing around with thin clients. They are deadly serious about implementing the technology to drive real outcomes in their business. In the age-old centralise/decentralise IT paradigm debate, centralisation is in vogue.

However, there’s also more to the story.

PCs are highly adaptive tools which can be used for many different purposes. But if you’re only after a set of discrete use cases — such as entering data into a CRM platform and checking your email — many organisations are realising that a more specialised unit like an iPad may in fact be a better option.

Australian organisations like Brickworks are already close to ditching the desktop PC or laptop altogether for many staff, with sales staff increasingly equipped with iPads instead. “You can fully expect that as laptops come up for renewal, [the thinking will be] why would you buy a laptop if you could manage it with an iPad?” Brickworks business support manager Baden Bradbury said last month.

Desktop virtualisation is all well and good, but it’s still a ‘fat’ solution to a problem which can increasingly be solved through a ‘thin’ mechanism instead. With companies like Microsoft, Google, Salesforce and even Oracle making strong plays to provide software as a service through a web browser instead of via a desktop deployment, there is often very little reason why many staff members can’t do most of their work in a web browser.

I don’t expect Google’s pure cloud laptops running Chrome OS to take off in Australia, but what I do expect to see is organisations increasingly providing most of their corporate applications to their staff through a web browser or a virtualised application environment from a vendor like Citrix, and the employees themselves increasingly accessing those applications through their own personal PC, rather than a company-provided one.

Indeed, we’re already seeing this trend take force at innovative, technology-friendly companies like Suncorp, which has actually decided not to refresh its corporate desktop fleet. “People should use the device they feel the most productive in,” Suncorp CIO Jeff Smith told the Australian in late March. And we couldn’t agree more.

So what does this all add up to?

For small Australian organisations, the choice is becoming increasingly clear: Outsource as much as is safe to the cloud, facilitate your employees using the equipment they like best, and you’ll cut capital costs out of the business, as well as making yourself popular with your staff.

For medium and large organisations, however, putting together an internal business case around the future of a company’s desktop fleet is going to be a really tough ask in the short to medium term. This is a technology area which is in a constant state of flux at the moment, and few will be brave enough to predict precisely what will happen next.

After all, let’s not forget that the iPad only launched in Australia just over 12 months ago. It is basically impossible to say right now what the next 12 months will bring.

But one thing is clear. The days where Australian organisations would simply shell out hundreds of thousands to millions of dollars for a new batch of desktop PCs every three to five years are now over. We are in a new and more complex world now. And that’s not a bad thing.