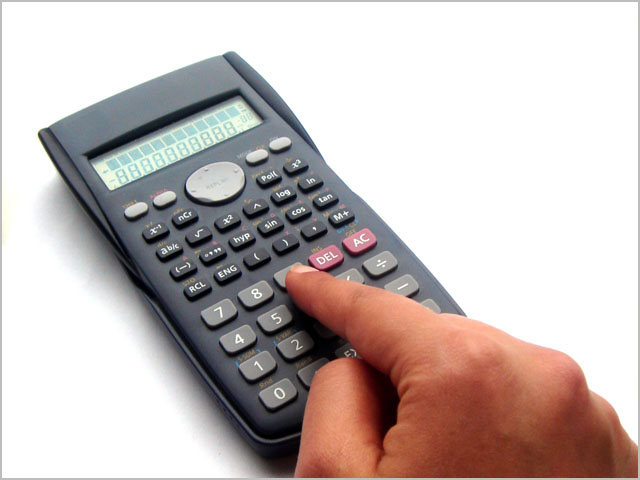 opinion Could Internode buy iiNet, now that Amcom is divesting its 23 percent stake in the Perth-based Internet service provider? On Monday I said no, but some readers questioned that view. So let’s take a closer look at the possibility. Hell, it’s likely still a pipe dream, but it’s fun to speculate!

For one company to buy another company, an amount equal to the second company’s total market capitalisation must be exchanged. The shareholders of the company being bought must be compensated for their ownership at current market rates.

It’s fairly easy to work out what iiNet’s market capitalisation is. If you have an E*TRADE account (as I do), you can just go in and see what it’s listed at. Currently, according to E*TRADE, iiNet is worth about $411 million in total. That figure is equal to the number of shares which iiNet has issued, multiplied by the value of each share — for iiNet, currently $2.70.

Things get a little more complicated, however, when you consider that iiNet is listed on the Australian Stock Exchange — which means you can usually expect to see an acquiring company pay a premium to buy all of the shares. Let’s be pretty conservative and estimate that Internode would need to pay 10 percent on top — so the total cost of buying iiNet would be $485 million.

Now things get even more complicated.

When you’re calculating whether one company has the resources to buy another, a variety of factors come into play. The first, and most important, is the acquirer’s own market capitalisation. However, unlike with iiNet, Internode’s not listed, so we don’t know precisely how much it’s worth. One indication which we can use as a starting measure for estimating this is how much similar-sized companies have sold for in the past. Thankfully, we have two good examples over the past year.

In July 2010, iiNet bought the consumer division of AAPT, with about 113,000 broadband subscribers and more than 251,000 other active telecommunications services (fixed-line telephony, for example, and even dial-up) for $60 million. And earlier that year, iiNet bought fellow ISP Netspace, which had some 70,000 broadband customers, for $40 million.

To put those acquisitions into perspective, iiNet had some 650,000 ADSL broadband customers in February this year, according to its financial results at the time.

Now, the value of these acquisitions make a fair deal of sense when you consider them in perspective. It’s likely, given its historical complaints about Telstra’s wholesale prices, that AAPT’s customers were only making fairly low margins for the company — an idea borne out by the fact that iiNet only expected the AAPT buyout to bring in post-synergies EBITDA (earnings) of $20 million in the first year after the acquisition.

iiNet probably paid a little more on a per customer basis for Netspace customers, as those customers were likely to be worth more in terms of margin, and Netspace had substantial chunks of its own infrastructure (so did AAPT, but we can assume AAPT kept most of its own physical network to fuel its wholesale business).

We also have some measure of what iiNet’s acquisitions brought in in terms of revenues.

In the six months to 31 December last year, iiNet’s revenue grew 45 percent to $330 million. 6 percent of that was organic growth, while the remaining 39 percent represented a full six months’ worth of Netspace revenue, and three months of AAPT. In short, buying Netspace and AAPT boosted iiNet’s revenues by about $89 million last year; and that number will go up again this year as AAPT’s revenues kick in further.

Still with me? Good. Let’s go on to look at Internode.

Firstly, we do know a little about how many customers Internode has. According to iiNet itself, Internode had some 190,000 ADSL subscribers as at February this year. With broadband subscribers being the key measure here, that makes Internode larger than either the consumer division of AAPT, or Netspace.

In addition, those customers are likely to be worth quite a bit more each in terms of margin than the customers of either AAPT or Netspace. Generally Internode customers are very loyal to the company. They use a lot of data, generally are on Internode’s own in-house ADSL infrastructure, and likely use more than one service (for example, they might be using Internode’s NodePhone internet telephony service).

Furthermore, Internode’s margins (and hence its profitability) are likely to be enhanced by its penchant for both building its own infrastructure and sourcing alternative options to buying backhaul from Telstra whenever possible.

We can also compare Internode to another company — TPG. With about 507,000 ADSL customers as at the start of this year (according to iiNet), plus a substantial amount of additional infrastructure owing to its acquisitions of Soul and PIPE Networks, TPG is also one of Australia’s largest telcos. It currently has a market capitalisation of about $1.3 billion — triple that of iiNet. However, again, it is possible, given TPG’s low prices, that Internode is making a lot more margin and actual earnings from its customers than TPG is.

We also have some information about Internode’s revenues.

Internode last filed its corporate accounts with the Australian Securities and Investments Commission in April 2010, for the financial year ending 30 June 2009. At that stage, the ISP had 421 employees and annual revenues of $134.9 million — up a healthy 17.1 percent on the year before. After all the costs were taken out (and we’d be curious to know what marketing expenses of $685,000 went on, given that Internode rarely advertises), the company’s net profit before tax was $6.45 million.

Now, let’s assume that Internode has been growing even faster since that point — say 25 percent a year — there are fewer players in the market, and everyone loves the ‘Node. This would mean that the company made revenues of $168.6 million for the year through June 2010, and then a whopping $210 million to the end of June this year.

We can conservatively estimate iiNet’s ongoing annual revenues at this point to be approaching, if not exceeding $700 million — given that it pulled in $330 million in the six months to the end of 2010, and that its revenues will grow again in this current period due to the full accounting of AAPT’s revenue. What this means, is that it is possible — if Internode is doing well, and if iiNet’s organic growth is fairly stable — that Internode is pulling in revenues of somewhere very roughly near a quarter or a third of iiNet’s.

There’s also this interesting little media release filed back in 2008, which puts Internode’s revenues even higher — at $170 million. This contradicts the ASIC results … but it would mean Internode is even larger than I expected, although they’re outweighed by this further Advertiser story in March 2010, putting Internode’s revenues at that point at $168 million.

I’ve shot off an email to Internode MD Simon Hackett asking for the company’s actual figures … I’ll let you know if he chooses to make them public.

Now for some other metrics.

According to Internode’s 2009 financial results, the company didn’t have a huge chunk of cash in the bank — just $15 million worth of current assets. However, it also didn’t have any real major debts — just $7.7 million worth of borrowings. All up the company had some $11.1 million of net assets. This is consistent with Internode’s strategy of ploughing its earnings back into building more infrastructure (DSLAMs don’t come cheap).

For purposes of comparison, iiNet had $85 million worth of loans at the start of this year — money which likely mostly went on its AAPT and Netspace acquisitions. It did, however, have a substantial amount of current assets — $65 million. iiNet’s total net assets were worth $228 million.

Now, from here on in, bear in mind that this article is a very speculative piece. While I have worked at the Financial Review, I don’t have the financial experience necessary to calculate precisely what Internode is worth, nor to conclusively say whether it could definitely buy iiNet. Your mileage may vary (YMMV), to put it lightly.

However, based on the figures, you’d have to say it doesn’t look completely impossible.

With a market capitalisation that is currently likely far exceeding that of both Netspace and the consumer division of AAPT, Internode is one of the most valuable ISPs currently operating in Australia. However, unlike TPG and iiNet, Internode is not listed, meaning that the true market value of the company is currently obscured.

I would expect that if Internode listed, investors would treat it very well — as the solid, well-run and high-profile company with a history dating back 20 years that it is. Given the growth of broadband in Australia and the onset of the NBN, I would expect it to do very well indeed. There is also a certain element of ‘glamour’ or ‘hype’ around Internode, that certain mystique around a successful company which investors love (as we recently saw with LinkedIn). An Internode listing would be one of the Australian technology sector’s largest ever IPOs. I would expect to see its share price shoot up very quickly and stay there for a while.

It is very unlikely to be able to fund an acquisition of iiNet through debt; I don’t believe Internode has enough assets to fund that level of debt. However, if the company did go through a large capital raising event such as an IPO (maybe private equity would be another alternative?), and especially if iiNet’s share price took a bit of a dive for some reason, it does not seem outside the bounds of possibility that Internode could indeed buy iiNet.

Whether Internode would want to get involved in that kind of massive, messy and complex transaction is another matter entirely. I’m pretty sure that the company’s major (only?) shareholder, managing director Simon Hackett, has little interest in buying iiNet — and probably not even that much interest in listing his company and losing a degree of control over it — although eagle-eyed observers have long been speculating about an Internode IPO, especially following the appointment of chief executive Patrick Tapper.

But it’s fun to speculate ;) I look forward to your comments.

This week we’re running a series of articles looking at why it’s unlikely that iiNet will be acquired anytime soon, despite Amcom’s decision to divest its 23 percent stake in the ISP (which opens up its share registry, with no really large shareholders to block a sale). On Monday we looked at potential buyers; yesterday we looked at iiNet’s executive team. Stay tuned for more on Thursday and Friday.