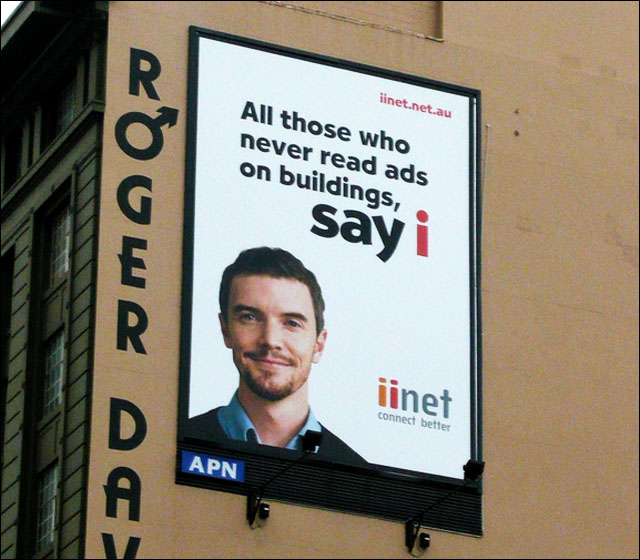 opinion Speculation that iiNet will be acquired following a decision last week by Amcom to divest its 23 percent stake in the ISP is simply ill-informed. Our favourite Perth-based broadband provider isn’t going anywhere soon — and over the next week, every day we’ll publish one major reason why.

Today, we’ll argue that there are no suitors interested in buying iiNet at the price it would take to pick up the company.

If Australia learnt anything from Telecom New Zealand’s many attempts to sell its ailing business AAPT, it’s that there really aren’t that many companies interested in buying large Australian Internet service providers. That list is broadly divided into just a handful of categories — other telcos, media companies looking to diversify into telecommunications, and generalist investment companies such as private equity firms who like to pick up valuable assets cheap, turn them around quickly and then flog them off for a profit.

With Telstra being basically prohibited from buying its rivals and increasing its dominance of the market, the list of Australian telcos who could buy iiNet is down to just a few, most of whom took a look at AAPT as well, before its consumer business was bought by iiNet last year. Of that list, none of the companies are likely iiNet buyers.

You’d think Optus would be interested, but the telco has long been hamstrung by its need to run all local investments past its SingTel parent, a fact which appears to have largely prevented it from buying Australian assets in the past. Optus is a cash cow for SingTel, and you don’t invest in cash cows — you bleed them.

In addition, Optus’ has recently been placing an increased focus on the company’s mobile assets, as opposed to its fixed-line broadband products. Telstra’s ownership of the copper network and the uncertainty wrought by the NBN means Optus is focusing on high profit margin mobile services it can actually control itself. Tried signing up for Optus HFC cable recently? It’s a pretty hard task … the network isn’t advertised anywhere and Optus doesn’t like to talk about it.

It’s a similar case when you go to Optus’ site looking for a pure broadband service. Optus just isn’t that interested in selling you broadband these days — it’s far more interested in getting access to your mobile plan, adding in a fixed-line broadband plan as well in a nice bundle if it can do so.

Looking at the other local players; with more than $200 million of existing loans on its balance sheet from previous acquisitions such as that of PIPE Networks, TPG would likely find it hard to stump up the capital to buy out iiNet. Macquarie Telecom is a business-focused telco which would founder if it bought consumer-focused iiNet, Internode’s just not big enough, and Vodafone has its own massive internal integration project to worry about before it starts to look outside its own walls.

Of the international telcos, it should be clear by now that very few consumer-focused multinationals have succeeded, or even demonstrated any significant interest, in building global fixed-line telecommunications brands. Primus’ weak as dishwater attempt to play in the Australian market is a great example of this in action. It is perhaps only Vodafone which has successfully built a truly global telecommunications company in 2011, and it’s done it on the back of cheaper and higher margin mobile networks; as Singapore Telecommunications is currently attempting to do throughout Asia.

On paper, you would expect companies like AT&T, British Telecom, France Telecom, Verizon and so on to be interested in expanding their global telco footprint into countries like Australia. But the reality is that it just hasn’t happened and won’t any time soon. The capital investment to do so has proven too steep.

Now to other potential suitors for iiNet’s hand.

Frankly, the only media companies who would want to buy iiNet are those with a broadcast television presence or aspirations; for example this morning the Financial Review mentioned Kerry Stokes’ Seven West Media as one potential option.

However, it’s far from obvious that media companies should shackle themselves to distributing their content through one broadband network, instead of all of them at the same time, and Seven has already demonstrated how royally it can screw up telco acquisitions, with its buyouts of Unwired and Engin over the past several years.

Sure, you can argue that pay TV operators like Foxtel are focused on one fixed-line broadband platform (Telstra’s HFC network) as a distribution medium and that a Seven/iiNet deal would make sense in this vein, with Seven’s content being added onto iiNet’s data and voice services for the ultimate triple-play bundle. But with its recent expansions onto Telstra’s T-Box and Microsoft’s Xbox platforms, it’s obvious that even Foxtel can see that content is becoming disaggregated from physical networks going forward. It wants to target all customers — not just those that belong to iiNet.

In short, at this stage, it is just very hard to envisage that a television broadcaster would be interested in picking up iiNet.

Now, there is no doubt that there has been a fair degree of private equity activity in Australia over the past few years. A consortium of companies led by Archer Capital picked up accounting software firm MYOB in early 2009 for in excess of $400 million, Queensland-based mining software company Mincom was bought in early January 2007 by Francisco Partners for $315 million, and those are just the most visible acquisitions.

However, there are several key differences between these sorts of buyout targets and iiNet.

Technology companies are generally high margin businesses. They have a core research and development capability which they try and keep as small as possible, while selling their products as widely as possible — often on a global basis. Often a company has a great product that is not being exploited to its full potential — so a private equity firm steps in to build global scale.

Nothing could be less true of telcos like iiNet, which are not truly technology companies or even, increasingly, infrastructure businesses like electricity companies.

We may think of iiNet as a networks company which develops and builds its own infrastructure across Australia and sells access to it. However, if truth be told, iiNet owns very little of its own infrastructure, with its services mostly being provided across Telstra’s copper network, with a few iiNet bits of equipment, typically in telephone exchanges.

And even those pieces of equipment are not great assets … did you ever consider, for example, that network equipment, like all IT equipment, starts depreciating in value as soon as you buy it?

iiNet’s only true asset is its customer base … a customer base which demands better value for money year after year, can easily churn to rival carriers like Internode, and is highly localised — based in Australia. And with Australia’s fixed-line broadband market being quite saturated, iiNet faces a dogfight trying to expand that customer base rapidly, even if it does (as it has been) pump marketing money into Australia through a fire hose.

The only easy way for iiNet to expand quickly is through acquisition. Coupled with the fact that the company is already pretty slim and well-managed … you have to ask why any private equity firm would be interested in buying the ISP.

None of this means that there won’t be organisations interested in buying iiNet. No doubt there will be many corporate rulers run over the company over the next few months as Amcom’s 23 percent stake disappears into the market. However, the kicker is the price. All of the various players I highlighted above will have various levels of interest in iiNet. However, the fundamental incompatibilities I outlined today will mediate against those same players making a commitment to a takeover attempt — unless the price is so dirt cheap it becomes irresistable.

Stay tuned for another article tomorrow in which we’ll argue again that iiNet won’t be bought … but for a different reason this time: Because the company is still, fundamentally, a family company without mature management structures in place.