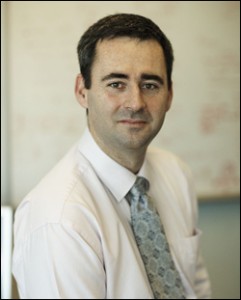 The pair are known to have been talking for at least the past few weeks, and iiNet this morning entered a trading halt in preparation to announce the deal. However, the $40 million pricetag is quite far below the $60 million to $75 million price the Financial Review had initially put on the acquisition.

iiNet chief executive Michael Malone said the deal would bring iiNet close to its target of fifteen percent market share in the fixed line broadband market prior to the National Broadband Network commencing operations. Netspace’s strengths are the Tasmanian and Melbourne markets.

The Netspace acquisition will take iiNet’s market share to 12.4 percent and will bring over 70,000 broadband customers into the iiNet fold, to give the ISP a total of more than 520,000 total customers, with total active services rising 120,000 to reach 920,000.

iiNet said there was significant potential to migrate Netspace customers onto iiNet’s own network — this drives higher margins than if customers are using resold broadband services from Telstra or other parties.

Malone said it had been two years since iiNet’s last major acquisition of Perth-based ISP Westnet, with that transaction being a “great success” and demonstrating iiNet’s ability to successfully acquire other ISPs.

The acquisition will be 100 percent funded through debt. “Our strong balance sheet has placed us in a unique position to remain at the forefront of industry consolidation,” he said. “We are committed to delivering on our growth strategy, and Netspace is a logical and sensible acquisition for us.”

Look out for further coverage this afternoon stemming from a press conference with Michael Malone.