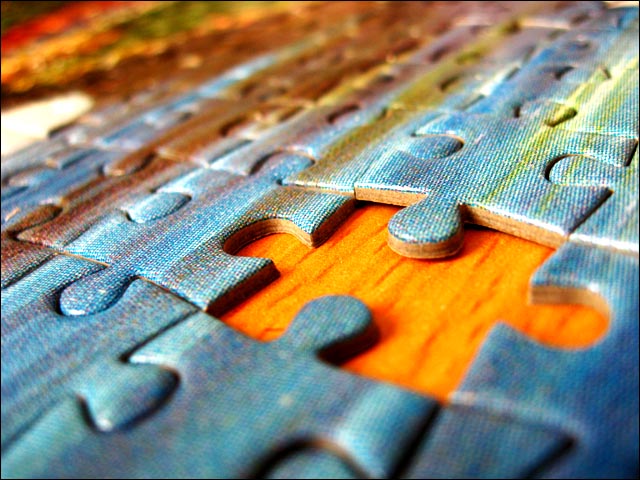 opinion I have a confession to make: Like most outwardly normal middle class Australians, I have a dirty little secret that I can’t seem to expunge, despite my best intentions and numerous attempts at breaking its filthy addictive hold.

It’s a hidden problem which I have only admitted to my closest friends and family, something which keeps me up at night, moaning about ‘my precious’, wondering whether I will ever get free of its vice-like grip, or whether I will remain slave to its dominating power for ever, locked in thrall and unable to escape.

Yes, it’s true. I am absolutely addicted to cruising Valve’s Steam service looking for bargains on games which I will probably never have enough time to play.

As I’m sure many of you fellow addicts out there well know, Steam is a digital platform which lets you download video games to play on your computer. But it’s not just any digital platform. In fact, it is nothing less than a massive repository of almost every sort of PC video game that has ever been created, and publisher Valve is constantly adding both new and old titles to its library.

There are two reasons the service is so addictive.

Firstly, it appeals to the pack rat in me. Valve has an immense back catalogue of games listed in Steam — if you loved a PC game in your childhood, odds are the company has already added it to its list, or is talking with the game’s publisher to do so. And many of these titles regularly go on sale, especially around Christmas time, when, like a cackling evil Santa Claus, Valve conducts a massive series of sales designed to bankrupt every PC gamer and fill its pockets with fat stacks of diamond-encrusted thousand dollar bills.

Because you know the games on Steam will only be on sale for a brief period, there is a huge incentive to pay for it right then and there and keep it installed on your computer … even if you will never actually play it.

The second factor is just as dangerous for the addictive personality.

Valve regularly lists upcoming titles on the front page of its disgustingly attractive online store. What this means is that for months before a game actually goes on sale, you will log in every day to see screenshots of that game staring at you in the face, glistening like a vision of honey-coated perfection. You don’t want to pre-order them, because you don’t even know if they’ll be that good. But you still will — often for a paltry 5 percent off their cover price — because after staring at a game promotion every day for months on end, you always end buying it.

I narrate this story to demonstrate why iiNet’s compromise proposal yesterday on the issue of internet content piracy is only a halfway solution.

On paper, iiNet’s solution makes sense; by setting up an independent authority to handle copyright infringement disputes and dole out minor punishments the same way traffic police dish out speeding fines, both ISPs and film, movie and music studios get a more reliable way to tackle internet content piracy — an activity which is, after all, against the law — despite the fact that that law is completely unenforceable.

And the actual customers won’t have their internet disconnected for offences which are, after all, relatively minor in modern Australian society, earning themselves mere slaps on the wrist instead.

However, the problem with iiNet’s scheme is that its ‘traffic police’ analogy is far from apt for the situation which Australians find themselves in with respect to watching TV and movie content.

Motorists who speed, cross double white lines or commit any other traffic offence don’t have to do so. If they want to avoid fines or even losing their licence, they can simply obey the law — drive safely, within the speed limits, signal correctly and don’t talk on their mobile phone while simultaneously eating a Big Mac and overtaking a semi-trailer.

But what legal option do Australians currently have if they want to get the latest TV shows and movies as soon as they are released overseas? Very few.

As iiNet notes in its own paper, film and TV studios use “staggered release dates and queuing distribution channels” to make sure that Australians always get the latest content later — sometimes six months or more later — than our US or European cousins.

In addition, when the content does arrive, often it’s only broadcast through certain TV channels at certain times; times when you may — imagine! — have to work or carry out some other responsibility, and thus be prohibited from consuming it. Sure, you might be able to digitally record the broadcast, if you knew it was on, but I’m not sure whether even that common practice is completely legal.

As iiNet noted in its paper, this approach creates “a frustrated and unsatisfied market” — and one that is often resigned to simply bulk-renting DVDs six months after their favourite TV show has hit the US, if they want to keep within the boundaries of the law. Online DVD rental service Quickflix is thriving for a reason.

The same frustration is currently felt by other content sectors … as the scores of Australians who cannot quite get the eBooks they want will attest.

If a piracy authority is established, but the gates of content are not opened and geographical restrictions erased, this frustration will exponentially increase. Australians will be unable to get the content they want in a timely manner — legally or illegally — and will make that frustration known. The current safety valve which exists in the BitTorrent peer to peer file distribution system will cease to let off the nation’s steam.

The Baby Boomers, Generation X and other older generations may put up with this, more or less. But the simple reality is that Generation Y will not. The younger generation (well, I say younger, but some of them are almost 30) will howl with rage if they cannot get what they want, when they want it.

This war will not be unlike the constant series of running battles the video game industry is fighting with the Federal Government over the need for an R18+ rating, or the seething discontent that Communications Minister Stephen Conroy created with his internet content filter project.

Going back to where we began, the irony is that the TV and film industry has a way to get around this potential public relations and political nightmare. It can simply create a platform like Steam, where new and old content is constantly added to an easily accessible online library instantly accessible by anyone in the world from any device.

It can even charge a premium for such a service. Packrats like me would pay to collect all of the episodes in dozens of series, and many directors’ complete cinematic back catalogue … just in case we might watch it one day.

Especially during those demonic Christmas specials.