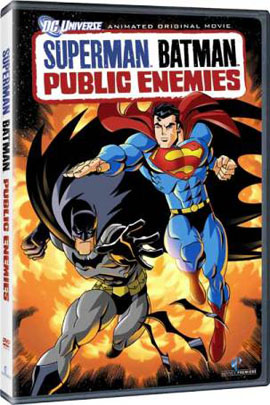 opinion Have you tried to buy downloadable content lately? Or tried to stream music/movies lately?

In the US, this is such an easy process, with numerous music and movie services offering numerous methods to buy and consume media: Netflix, Hulu, Amazon and iTunes, to name a few.

Yet in Australia, the process of trying to get people to sell you content is a frustrating one that makes piracy the safest and easiest way to get content.

Case in point #1: emusic.com has for a long time offered non-DRM music and audio books on subscription. Remembering that I had a audio book subscription active, I recently went to emusic.com to download a book (which I have not done in a while).

The dreaded ‘Not eligible in your country’ message appeared. Great. They still took money away from my account for the subscription on the 5th of March, however. The other music and on-demand service of note, Amazon, will not sell digital content to Australians, but will gleefully send DVDs and CDs over the Pacific.

Case in point #2: I am a fan of the Animated DC Universe. I downloaded Green Lantern — First Flight and Wonder Woman from iTunes, but the latter movies Batman/Superman : Public Enemies and Justice League — Crisis on Two Earths are not available on iTunes. A scan of other movie streaming services like Bigpond Movies failed to find another download source.

Case in Point #3: During the Leno/O’Brian war, I looked at the ‘Late Night’ comedy shows on Youtube. Some of the best stuff is coming from people who will never appear on Australian TV (like Craig Fergusson) or only on premium cable TV (Jimmy Kimmel), yet the Jimmy Kimmel stuff is region-blocked on Youtube.

Case in point #4: I am a fan of iView from the ABC (especially since it does not count for my download cap, nice one iiNet!). Yet there is no equivalent of Hulu.com where an archive of current and older content is available for streaming on demand.

Now, the last time I checked, Australia was fully compliant with all international intellectual property treaties and agreements (and has been relatively quiet on the insanely bad ACTFA treaty negotiations compared with those hotbeds of IP theft New Zealand, Europe and Canada). I am willing to give money to companies to consume their content, so why are they actively preventing me giving them my money? What risk is there to sell digital media on stuff that no network (cable and freeview) are willing to show?

The running gag on the interwebs is that Aussies are the best BitTorrent downloaders in the world. When will companies realise that there are people willing to pay for content, and that piracy is a market correction to supply an obvious demand?

The current state of affairs is a market failure in the classic economic model, and the attempts by AFACT and other copyright agencies to stem “illegal downloads” is doomed to failure unless a viable, affordable and simple method of selling digital content is found. At the moment, the only functional market is iTunes (although I do like Bandit.fm, but they only handle music at the moment). If this was a brick and mortar marketplace, ACCC would be hitting it hard to prevent a monoploly. Yet the media companies get a free pass in the digital world.

Does Australia deserve to be in the cultural backwater because we are not worth the effort to market to?