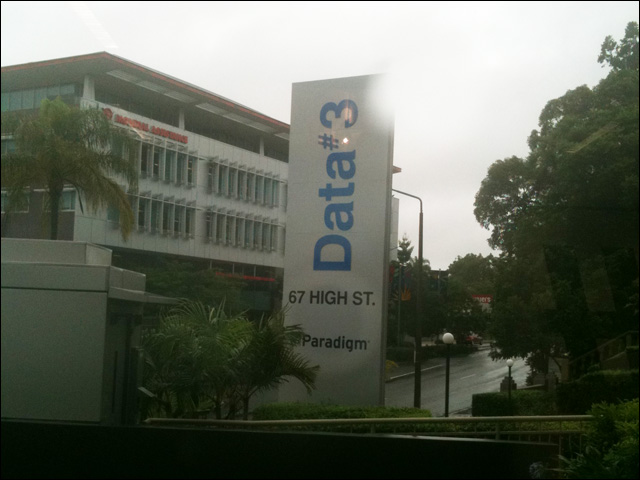 Around 2,000 Telstra staff left the company’s Brisbane facilities, with the location of its headquarters in the city particuarly being an issue. “Because of the proximity of our George St building in Brisbane to the Brisbane River we have advised staff to go home,” spokesperson Craig Middleton said yesterday. “We’ve also ensured that any business critical functions have been transferred to other Telstra locations.”

Telstra spokesperson Elouise Campion told AAP the situation had been “scary” — staff could see the river beginning to burst its banks and onto a garden area. Optus, too, evacuated its staff, although the telco wasn’t sure of the exact number who went home, and Microsoft also told its employees to start working from home.

“Thinking of our Brisbane office — just been evacuated,” Microsoft Australia’s new general manager Pip Marlow wrote on Twitter yesterday. And then good news: “All our team in Brisbane safe and sound. So good to know,” the executive added.

Melbourne IT also evacuated its office, although it is still operating “a limited skeleton staff”, according to spokesperson Tony Smith — those who felt confident they could make it in. However Smith said most employees were either working from home today, or simply at home making sure that their loved ones and property was safe.

Delimiter understands Data#3 staff had also gone home, with the company’s stock warehouse at Darra also being evacuated, although there was yesterday no risk of flooding at either location.

The timing of the floods — right in the middle of many people’s holidays — has also been problematic, with some employees being cut off from returning to their homes due to flooded roads. And the human factor appeared to be congesting traffic in the Brisbane CBD yesterday. “Traffic is mental in Brisbane at the moment — lots of people trying to escape the CBD at the moment,” said one Brisbane office worker.

Red Hat, too, which operates its Asia-Pacific support centre in Brisbane, as well as a significant development operation, was current operating at “a reduced capacity”, according to spokesperson Joanne El-Chah, but the company had pledged its customers and partners would continue to receive 24×7 support as part of its normal business continuity process.

The National E-Health Transition Authority warned its staff not to attempt to travel into the NEHTA office in West End unless they were sure it was safe to do so. “We will be sending regular updates to staff via SMS, email and this website,” wrote the organisation on its site. “All staff flights out of Brisbane have been suspended until further notice.”

And one last critical location was also evacuated last night.

Brisbane bar The Mana Bar — which has achieved fame throughout Australia’s technology community for hosting video games alongside more alcoholic forms of entertainment — posted yesterday on Twitter that it would be closed last night.

The bar itself is fine, according to its Tweets, but other residents around its Fortitude Valley location might not be so fortunate. “I’m sure you’ve all made Zombie Apocalypse plans, but it’s time to adjust them for a more Brisbane Bioshock,” the bar wrote, in a reference to the popular game set under the sea.