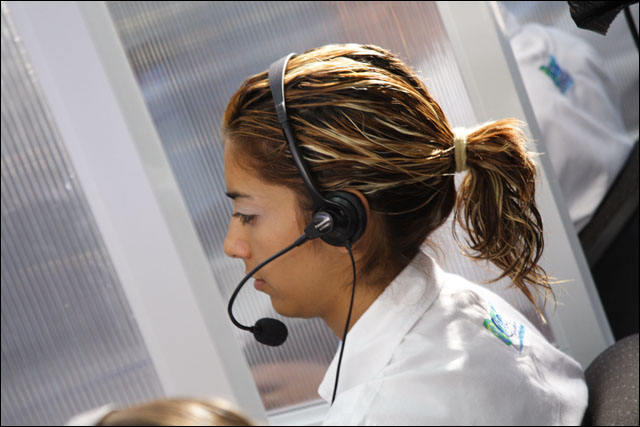 The nation’s biggest telco Telstra has warned some 114 staff working at a call centre facility in the city of Moe, east of Melbourne, that they may lose their jobs as the company consolidates its numbers of call centres and takes advantage of automatic self-service technology.

In a statement, the telco said its executive director of Consumer Service and Sales, Peter Jamieson, had let the staff know of the issue yesterday afternoon.

“Changes in the telecommunications industry means the way we serve our customers is changing. Call volumes will continue to decline over the next few years as more customers move to online and use the self-serve phone system. As a result, we will need fewer call centres,” Jamieson said.

The telco also noted it was moving towards having larger call centres, supported by a number of specialist centres — where staff could be trained, duplication avoided and access provided to what Telstra described as “the latest technology and tools for delivering seamless customer service”.

“Telstra’s world-class contact centre at Docklands in Melbourne, which houses more than 1,100 consultants, along with the latest in contact centre tools and technology, is expected to pick up the vast majority of calls currently handled by the Moe team, with some overflow to the company’s call centre partners overseas,” the company said.

The telco’s main union, the Communications Electrical and Plumbing Union, told News Ltd publication the Weekly Times that the move was “made in the usual Telstra fashion” — with the announcement being made and then the union being contacted. Workers were “pretty angry and shocked”, the union said.

However, Telstra said in its statement that it would work closely with its staff and the local community to see whether there were redeployment opportunities — as well as with resume writing, interview training, life skills tuition and financial advice. The telco will also allow workers flexible hours so that they can attend interviews for other jobs. “Members of the team have been encouraged to apply for other Telstra roles and advised successful applicants will be provided with relocation assistance,” the company said.

It’s the second time this week that Telstra has announced a round of redundancies. On Tuesday Telstra’s directories and advertising business Sensis confirmed it had made some 120 staff redundant, just days after it unveiled a dismal financial picture which saw total revenues sink 17.8 percent in the first half of its financial year, compared with the same period 12 months before.