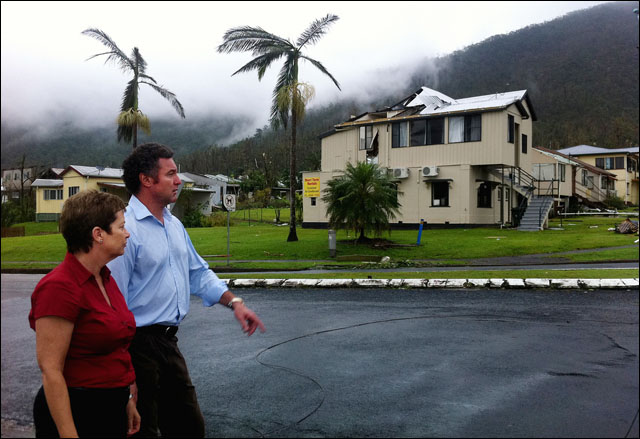 Leader of the Opposition in Queensland, John-Paul Langbroek, is calling on the Federal Government to re-consider the roll-out of the National Broadband Network and to prioritise underground power instead.

From his website, Langbroek stated the NBN needed to be re-evaluated in comparison to a program which could progressively build underground powerlines in cyclone-prone areas, providing infrastructure which – Langbroek claimed – the Coalition had been asking for, for more than seven years. Langbroek’s stand echoed that of Federal Leader of Opposition Tony Abbott who has repeatedly called for the NBN funding to be diverted to the reconstruction efforts. As with Abbott, Langbroek claimed Queenslanders would rather have better electricity than faster Internet.

“You can’t use broadband if you don’t have power,” he said. “The feedback we are getting from people in the north is they would rather have reliable power than broadband”.

Langbroek said the impact of cyclone Yasi had been devastating in North and Far North Queensland, depriving – according to his data – as many as 180,000 people of electricity supply. For this reason, although he acknowledged the costs from deployment of underground power lines would be high, Langbroek said a long-term program would enable areas affected by cyclones to restore more quickly.

“Labor is preparing to spend billions of dollars on a broadband network, but steadfastly refuses to consider a long term program to underground powerlines in cyclone areas,” he said.

Moreover, he added the State Government would now face bills in excess of $500 million from the latest cyclone and that a substantial part of these expenses would go to restoring electricity infrastructure which – he said – wasn’t efficient enough; not only against cyclones but even seasonal weather conditions.

“The reality is that underground power would make the restoration of the system a lot simpler and a lot less dangerous for workers,” he said. “The existing overhead system is not just vulnerable during cyclones, it is vulnerable to summer storms and high winds”.

Langbroek concluded the Coalition had been attacked every time it tried to put forward the deployment of underground power lines, but that time had come for the Labor Government to take the issue more seriously. “It’s time to start planning for the future, not just living for the moment. How many powerlines could have been put underground if the Labor Government had addressed this seven years ago when the LNP first called for action?” he said.

Last week an online poll conducted by research company Your Source appeared to highlight how scrapping or postponing the NBN was Australians’ most preferred means of funding the flood relief program in Queensland.