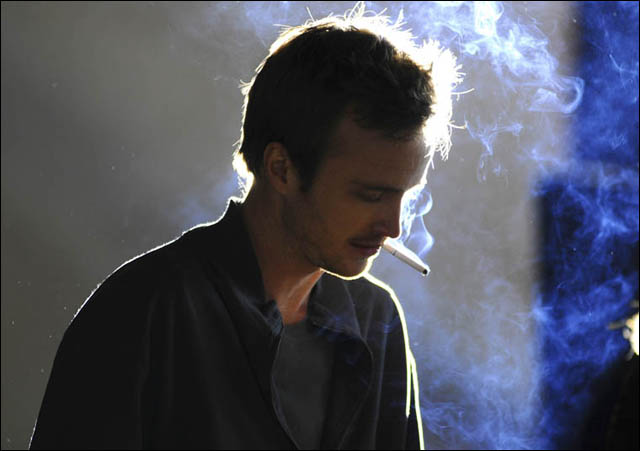 opinion I don’t know how many times we have to say it before the message gets through: For all its flaws, the Federal Government’s National Broadband Network project is here to stay. It’s being rolled out as we speak, and all the nay-saying in the world isn’t going to do more than give Stephen Conroy twenty seconds of outraged pause over his Weet-Bix at breakfast.

And yet, like the junkies who can’t quite quit their self-harming addiction, the haters of the NBN project just refuse to give up the object of their fevered opposition, fumbling around in the dark continuously for their next fix; the perfect argument that might just prove once and for all that the project is a dud. After every fruitless shot fired, they reel back in ecstasy for 5 minutes, before lapsing into self-loathing.

The latest hit comes direct from no less than the inspired lips of US President Barack Obama.

Tragically ill-informed commentators like News Ltd columnist Andrew Bolt have seized on Obama’s support for a US NBN vision backed by wireless as evidence of why the choice of fibre for Australia’s own effort is oh so wrong. Writes Bolt:

“What Obama is promising is what the Gillard Government claims is impossible: high-speed wireless coverage for all … But if Obama is right, then Gillard is spending $36 billion on a fixed-wire technology that will be outdated even before it’s built. At best, the competition from improved wireless technology will shrink the NBN’s customer base so dramatically that it cannot possibly justify anything like the billions spent.”

And this morning the same empty Obama rhetoric was trotted out by the Australian newspaper, which blithely accompanied its own extensive story on the evils of a fibre NBN with a massive picture of Rupert Murdoch’s newest attempt to arrest declining print newspaper revenues; The iPad-based Daily digital newspaper. The Australian, of course, is also a Murdoch daily … a fact of which the reader could hardly fail to be aware of by now. In fact, the Daily went on sale in Australia yesterday.

Now the Australian’s piece is a great deal more balanced than Bolt’s … which is not surprising, given the good commentator’s penchant for one-sided rants shared by this writer. But it still contains very little in the way of positivity about the fibre-based NBN, and is capped off by a quote by the man who is speedily becoming the anti-NBN brigade’s chief junkie: Malcolm Turnbull. Quoth the Member for Wentworth:

“The Government is goping down the wrong track in so many ways here … nobody in the world is making the investment of taking this one technology bet that this government is.”

Now, over the past several years I’ve been known as an NBN critic; like Turnbull, I would rather see the private sector solve the broadband problem, and Conroy’s arrogant manner of pushing through the project, transparency be damned, has gotten up my nose as much as anybody else’s. However, let’s issue a sharp reality check to ourselves here, shall we, and label these latest petty attempts to bring down the NBN as the pathetic attempts of junkies for one last fix that they truly are.

Firstly, the implied claim that Uncle Sam knows what it’s talking about on broadband and that Obama’s model can simply be transplanted into Australia is a notion as ridiculous as it is quaint. Australia’s telecommunications industry has always shared much more with our European cousins in countries like France and the UK than it has with the US, which has mismanaged the sector for so long and into so many fragmented and incoherent ‘Baby Bells’ that most US residents would — if they ever cared to visit, which Obama hasn’t — recognise Australia’s telco industry as, relatively, a bastion of simplicity and common sense.

Secondly, there is the notion that Australia’s Government, fresh from an election which demonstrated popular support for the NBN policy and a distinct lack of enthusiasm for the Coalition’s watered down alternative, and after half a decade of exhaustive debate on the issue, should re-evaluate its NBN policy simply because the US has come up with something different.

To call this notion quaint is to give it a gravitas that it scarcely deserves; I would prefer instead to describe it as the sort of ridiculous notion you would only expect to have come from Fox News, which, coincidentally, tends to attract the sort of lunatic fringe that represents most of the anti-NBN sentiment currently to be found online.

Now there’s a funny thing about junkies, no matter which specific poison they prefer to gradually kill themselves with.

After a while of getting fix after fix, their vision narrows, and they start to live in a world entirely of their own devising, where ideas that would not normally be part of mainstream human life take on an immediacy and importance far beyond their objective truth. They cannot see the wood for the trees — or even, sometimes, the wooden slats keeping the harsh light of the sun from entering their dilapidated boarding house.

It is in this light that we must consider the sort of anti-NBN ranting that is going on in Australia’s telecommunications sector (the worthwhile additions of players like Bevan Slattery’s rebel alliance being a notable exception).

The fact is, that no matter how obscure and irrelevant they might be, there are some NBN critics out there who are currently ignoring the whole half-decade of debate about the NBN that we have lived through since 2005, and are perversely using any stick they can find — no matter how grubby and splintered — to beat the Government about the head with.

But — as with junkies looking for a fix — the fact that something runs counter to current Federal Government NBN policy does not make it worth debating.

The US Government’s broadband plan should be looked at as what it is — an interesting sister project to Australia’s own effort. But it should not be used as an argument to question the very fundamentals of the NBN policy itself.

There is no doubt that the NBN policy has weaknesses. The high amount of Government capital required, the risk of competing technologies, the potential to create a new Government-owned telco monopoly, and even the potential to destroy competition in the sector; all of these are obvious flaws in the plan.

But then too, it has strengths. The provision of next-generation broadband to every Australian is nothing to be sneezed at; and neither is the long-awaited separation of Telstra and the chance for fresh blood in the telco sector courtesy of new and more innovative retail players. Setting the industry free from its constant dust-ups in front of the ACCC will also bring everyone a welcome break to focus on real business.

And more importantly, it’s what we’ve got right now. To simply cancel the NBN at this point — especially because of a spurious US alternative — would be a disaster and would set back Australia’s telco sector another half-decade. Nobody wants to start this debate from scratch again.

We’ve already spent five years sitting on our hands with respect to broadband. We now have a policy which is actually being implemented. So let’s stop treating arguments from NBN critic junkies as gospel and ship them off to rehab for adjustment therapy to the new NBN paradigm.