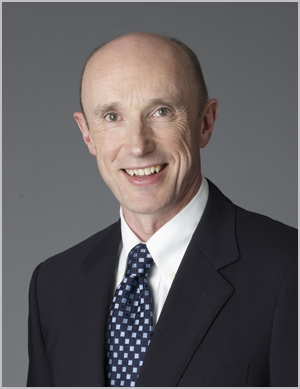 news Optus has joined the chorus of industry voices slamming Telstra’s approach to replacing its copper network with fibre in the South Brisbane exchange area, with the telco’s chief executive Paul O’Sullivan last week stating Telstra was attempting to “block competition” in the area.

Other major ISPs iiNet and Internode have expressed strenuous complaints about Telstra’s handling of the situation, with issues ranging from the company’s wholesale prices — which are claimed to be markedly higher than equivalent broadband prices on the previous copper network — to the lack of equivalent services such as the ability to stream IPTV services via multi-cast.

Speaking to journalists after a landmark speech given last week at a business lunch in Sydney, O’Sullivan echoed the ISPs’ complaints. “It’s a great example of how a monopoly will behave,” he said.

“The minute you take the pressure off any company that has the opportunity to create structural barriers to competition, and allow it to go unregulated, it will do it. South Brisbane is a great example of the incumbent reverting to its former DNA, which is to block competition and try and win customers with its structural advantage.”

It’s not currently clear whether Optus has signed an agreement to use Telstra’s fibre network in South Brisbane, as some other ISPs have. So far, prices in the region released by ISPs like Internode and TPG have in general been higher and offered less value than equivalent plans on the previous copper network.

iiNet regulatory chief Steve Dalby said in September that his company’s South Brisbane contract with Telstra had been signed “under duress”, and added that iiNet would continue to oppose what he described as ‘anti-competitive’ practices and seek a better solution. “This is a clear example as to why Telstra must never again be allowed to operate the national telecommunications infrastructure, it’s why the ACCC must be hard-nosed about the structural separation undertaking and why I will never recommend Telstra to anyone,” he said at the time.

iiNet and Internode have also filed a joint submission with the Australian Competition and Consumer Commission demanding that Telstra’s wholesale fibre services in South Brisbane be subject to regulation as the previous copper services were. A number of other concerns about the region have been expressed to the ACCC in other forms. However, it is believed that the regulator sees South Brisbane as a side issue which could potentially be dealt with as part of its ongoing negotiations with Telstra over the terms which it will deal with wholesale customers over the next decade while the NBN infrastructure is being rolled out.

Telstra has previous stated that the prices it was offering to wholesale customers — of which a number had signed up to — allowed them to be competitive, and that it had offered transitional assistance to ease the migration of wholesale services onto the network.

opinion/analysis
The South Brisbane issue continues to dog Telstra and is perhaps the most controversial issue in Australia’s telco sector at the moment. Whenever you ask any telco executive about it, they explode with frustration about Telstra’s behaviour and the lack of any initiative from the ACCC to do anything about the situation. South Brisbane is boiling over right now — and the issue needs to be resolved.

Update: We’ve received the following statement from Telstra in response to O’Sullivan’s comments:

“The simple fact is that we are vacating the South Brisbane Exchange to make way for a Children’s hospital, and in the process taking the opportunity to upgrade the area with fibre to provide high speed broadband services to the residents and businesses in the area. We first alerted our wholesale customers back in June 2010 and have been working closely with them and the ACCC over the last 18 months to ensure the transition runs as smoothly as possible.

We have been open and transparent every step of the way, and provided pricing rebates to our wholesale customers to help minimise the impact of the change on their business while absorbing costs in ours.”