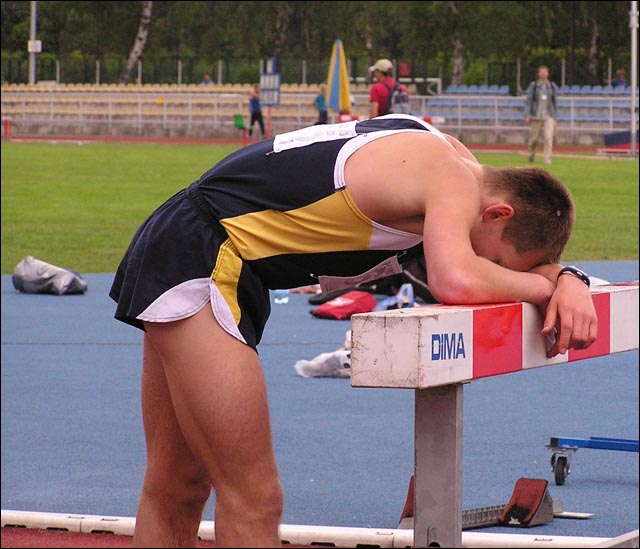 opinion Now that Labor’s ambitious National Broadband Network project has finally cleared all of the regulatory, commercial and political hurdles that have stood in the way of its path to universal bandwidth nirvana, it’s time to ask the most important question of all about the project.

Who will be connected last?

We know, of course, and have known for some time, which Australians will get access to the predominantly fibre NBN infrastructure first.

Some lucky souls in Tasmania already have their houses wired up, and NBN Co has started rolling out fibre to five additional ‘first release’ sites on mainland Australia. The five sites run the full gamut of available geographies; suburban Brunswick in Melbourne, parts of Townsville, Minnamurra and Kiama Downs south of Wollongong, West Armidale and even Willunga in South Australia.

NBN Co has also announced 14 ‘second release’ locations which will be the next cabs off the rank. And again the areas are quite geographically diverse, ranging from metropolitan areas to the bush. After these will come a mass-scale rollout, commencing simultaneously in 16 large rollout regions around the nation in every area.

But what we don’t know yet is who will be the last premises in Australia to receive the NBN.

NBN Co’s rollout schedule published in its corporate plan (PDF) makes it clear that it will take many years for the fibre infrastructure to make its way around our wide brown land. In 2011, NBN Co’s fibre deployment schedule will crawl at a snail’s pace, hitting only 58,000 premises by the end of the year. And it won’t ramp up fully until 2014, at which point the company will kick into gear, rolling out fibre to some 1.5 million odd premises each year for the next seven years, before it slows down a little and the rollout is largely finished in 2021.

What this means in practice will be the creation of a vast digital divide in Australia that will last more than half a decade for many Australians.

Let’s take the residents of Kiama Downs and Minnamurra, for example, who will receive NBN fibre in 2012, as part of NBN Co’s first release sites on the mainland. Both of these small coastal towns are only a short drive from the major metropolitan centre of Wollongong; in fact, many people living in NSW’s Illawarra region consider them to be a part of Wollongong.

However, it is likely that there are areas of Wollongong proper that will not receive NBN fibre until the latter stages of the rollout — 2017, say, or even closer to the end of the main NBN rollout if they’re not lucky, in 2021. Nine years after Kiama Downs and Minnamurra.

The situation gets even worse when you realise that NBN Co has been asked by the Federal Government to prioritise regional areas in its rollout over the big metropolitan centres, as part of a commitment given to the Independents by the reigning Australia Labor Party during the recent Federal Election.

This “roll-in” deployment turns the normal metro outwards schedule which Australian telcos have typically followed on its head, and could potentially mean that it might not just be small communities like Kiama Downs and Minnamurra which receive the NBN first; it could be a whole slew of such tiny rural centres which get priority over substantial chunks of the major metropolitan areas.

The impact of this diverse rollout schedule on business and residential micro-patterns in the Australian economy could be extreme.

Take, for example, the case where white collar workers living in the outlying suburbs of major cities like Wollongong are suddenly faced with a situation where they will be stuck on ADSL2+ broadband or — God forbid — LTE or even just bog-standard 3G mobile broadband — for half a decade or more, while the sleepy seaside villages full of retirees just a few kilometres down the road are enjoying 1Gbps fibre. Half a decade — or even, in extreme cases, nine years — is plenty long enough for many residents and businesses to decide they’ve had enough of waiting and pack up and move down the road to a better fibre future.

This scenario becomes even more likely when you realise how important the internet will be to a life in modern Australia in 2015 — given how much it already dominates our existence at the moment.

I’d like to make a number of predictions about what impact this awkward, jumpy style of NBN rollout will have on the Australian population over the next decade.

The obvious impact will be on the price of housing throughout Australia — the NBN rollout will, no doubt, play havoc with the value of entire suburbs over the next decade. It will force real estate agents and home owners to carefully scrutinise NBN Co’s rollout plans before any transaction, and I anticipate property descriptions will shortly start to include predicted NBN connection dates alongside the number of bedrooms in a residence.

Secondly, in 2-3 years time as its full rollout kicks off, NBN Co will come under increasing pressure from many different areas of the community — political leaders, commercial interests and even residential lobby groups — to roll out fibre to their geography first.

NBN Co chief executive Mike Quigley acknowledged that this was already a factor at his last press conference several weeks ago. “We’re lobbied very heavily by different shires all over the place, who want us to come there first,” he said. “That’s the biggest issue we’ve got at the moment — people want us to get there sooner.”

Secondly, after 2013, when 1.6 million of so premises will have received the fibre, a constant debate will start about who should receive the infrastructure next; a debate that will rage in public, through politicians, big and small business and the media, until the end of 2021, when the rollout will have largely finished.

The high points of the debate will logically fall around the times of Federal Elections.

As we’ve mentioned previously, with 1.6 million premises already having received NBN fibre, it will not be reasonable for the Coalition to take a policy to the next Federal Election of cancelling the NBN. Instead, it is likely that they will take a policy of changing the rollout’s geographic schedule, and limiting its breadth to cut out the most expensive areas.

The first will give the Coalition to play to the needs of one of its strongest constituencies — business — while the second factor will allow it to maintain its mantra of fiscal responsibility.

The underpinnings of this debate will be incredibly strong, because if there is one thing that is ingrained in the Australian psyche, it is outrage whenever someone is seen to get an unfair advantage over someone else. We hate it when Americans get the new iPhone before us; we hate that we pay more for our technology, and we want to be known as the equal of anyone.

With this in mind, to keep the peace during the NBN rollout over the next nine years, let me suggest a new commandment to replace what is commonly cited as Christianity’s number nine tenet, and as we pray that our own individual houses and places of businesses not be the last premises in Australia to receive the NBN fibre in 2021 … years and years after everyone else.

“Our Father Quigley who art in NBN Co, hallowed be thy name
Thy fibre kingdom come, thy rollout schedule proceed on Earth as it is in the business case
Give us this day our daily bandwidth,
And forgive us our fibre jealousy, as we forgive those who lust after ping times
And lead us not into the temptation of Wi-Fi theft, but deliver us from internet congestion
For thine is the kingdom, and the power, and the glory, for ever.
Amen.”