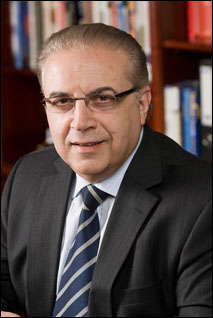 The telco noted Rocca’s departure in a statement to the Australian Stock Exchange this morning, also noting it had nabbed former St George chief executive Paul Fegan to lead a new strategy unit, and that its public policy and communications chief David Quilty had resigned.

In a statement, Telstra chief executive David Thodey thanked Rocca for his time at the telco. The executive has only held his current role since November 2009, taking it up in the wake of the departure of former Telstra COO Greg Winn, but Rocca has been with Telstra for more than four decades, weathering the telco’s many internal changes in that time.

Rocca will remain at Telstra for a period to assist wth the reconstruction process at the telco following the floods in Queensland and Victoria.

His replacement, Brendon Riley, is currently IBM’s general manager of its Northeast Europe division, but was also previously the chief executive of IBM Global Services Australia — a former joint venture between Telstra, IBM and Lend Lease.

Thodey himself also has substantial experience at IBM, helming Big Blue’s Australian operations for some years before migrating to a senior role at Telstra.

“Brendon has global experience leading large workforces, building effective teams and managing networks and service delivery,” said Thodey. “He will being extensive experience, demonstrated leadership qualities, and knowledge of the industry, including network-based applications and services, at a time of great opportunity for Telstra.”

For his part, Riley said he was “delighted” to be joining Telstra.

Telstra also noted that Paul Fegan — a 30-year financial services veteran who was formerly the chief executive of St George — would join the telco to lead a new business unit combining public policy, communictaions, corporate strategy and mergers and acquisitions. These functions were previously led by David Quilty, who Telstra said has decided to leave the company, and Robert Nason, who is leading Telstra’s Project New internal transformation project and will continue to do so.

“Paul is a highly regarded executive with a proven track record in delivering improved customer experience, building strong teams with a customer-centric focus and delivering solid returns for shareholders,” said Thodey. “He will draw on his domestic and global experience in corporate strategy, sales, operations, product development, customer experience, marketing and brand, having successfully led a number of large-scale customer-facing businesses and change management programmes.