Just weeks after he helped to unveil Telstra’s flagship T-Box set-top box, which he helped fill with third-party content, Telstra has revealed it will lose the director of its Media division Chris Taylor as part of a wider shake-up of executives within its media and marketing team.

Taylor was one of the key executives behind building commercial relationships with film and television studios for the T-box, which launched this month with a substantial library of video on demand and unique IPTV content.

But in an email to staff this afternoon, Telstra chief marketing officer Kate McKenzie (pictured, right) revealed Taylor would leave Telstra to take on “a CEO role at an Australia-based international company”. 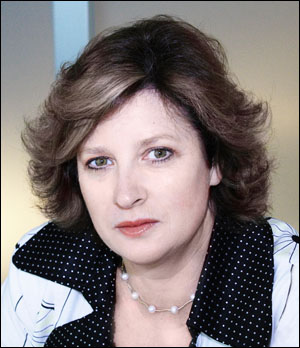 Taylor has been at Telstra for just over three years, after joining the company as general manager of network advertising at the telco’s BigPond division in May 2007. He was previously managing director of the Nine Network’s Queensland division — and before that CEO of Prime Television New Zealand.

A number of other changes to Telstra’s team were also announced in the email.

J-B Rousselot — who had replaced outgoing head of Telstra’s Voice, Broadband and Media division Justin Milne — has been confirmed in the role, and Claire McFarland will now lead Telstra’s Online and Mobile Media team. It is unclear whether she was previously at Telstra — although McKenzie noted she has more than 15 years’ experience in the online and mobile content.

Heading up Telstra’s IPTV operations will be Ben Kinealy, who recently led the deals to deliver BigPond TV content to Samsung and LG TVs. Telstra broadband products and applications executive director Craig Turner will continue in his role as part of Rousselot’s team.

Meanwhile, Telstra has also created what McKenzie described as “a dedicated Creativity, Innovation, Brand Strategy & Customer Experience Team”, which the executive said would “create long-term brand strategies” as well as innovating across the marketing, product and customer experience teams within Telstra.

“This team will be led by Mark Collis and carry on the great work that Amanda Johnston-Pell’s team has already started in the Brand space,” wrote McKenzie.

Klaus Kaasgaard, who only left Yahoo to join Telstra 15 months ago as the company’s executive director of “Customer Experience & Service Enablers” within its Product Management division, will leave Telstra, with his team to now report to Collis.

McKenzie also noted that Telstra’s Media, Promotions, Advertising and Events team (previously known, she said, as BMCG) will continue to be accountable for “above and below the line communications for Telstra Consumer, Telstra Business and Telstra Enterprise & Government”, led by Chantal Walker while Johnston-Pell is on maternity leave.